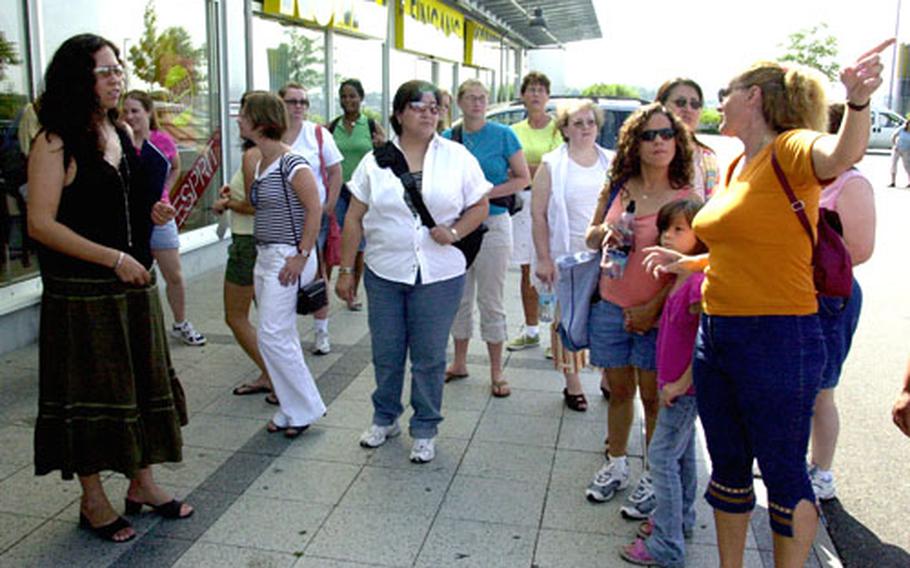 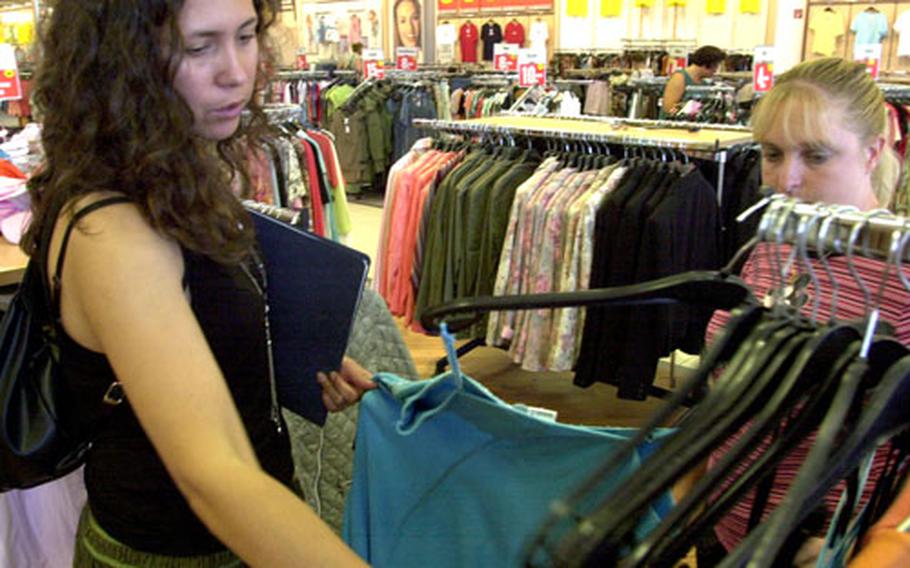 On Friday, about 20 Stryker spouses checked out shops in Amberg, the closest large town to Vilseck, during a Welcome to Bavaria field trip. The trip was part of a series of nine, three-day classes given by Army Community Services for spouses of 2nd Cav soldiers. The classes will run through September.

Welcome to Bavaria tutor Manuela Fleming said the classes include learning German phrases useful in shopping, the difference between euros and dollars and how to get to and from local shops.

&#8220;The field trip is to get them acquainted with the closest city so they know where to go if they need to go to the hospital, where to meet, how to catch the train and where to go shopping,&#8221; she said.

The Amberg field trip included a visit to a tourist information center and lunch at a traditional German beer garden as well as shopping at Kaufland &#8212; a large mall on the outskirts of town.

One of the spouses on the trip, Holly Pickerin, 30, who arrived at Vilseck on June 29 with her husband, 2nd Cavalry soldier Sgt. 1st Class Steven Pickerin, said she was keen to find children&#8217;s clothing shops.

&#8220;Yesterday I went looking for kids&#8217; clothes at the PX and there was a shirt and one pair of shorts in my daughter&#8217;s size. I also wanted to get a slippery slide for my girls. They were there Saturday, but when I went back the next day they were gone,&#8221; she said.

The field trip was the first time Pickerin, who has yet to receive her household goods or vehicle, has gone off-post, she said.

Another newly arrived spouse, Raquel Girard, 35, whose husband is Master Sgt. Brad Girard, said she recently moved into off-post housing several miles away from the PX.

&#8220;By the time we get to the PX everything is gone. Recently they advertised patio canopies in the flier, but when I checked the next day they were gone,&#8221; she said.

Grafenw&#246;hr consolidated exchange manager Matt Mennona said the Vilseck PX had upped orders in many categories to cater to the influx of 2nd Cavalry soldiers and family members.

Vilseck had stocked up on a range of items that the new troops were likely to need such as cleaning supplies, mops and brooms, irons and ironing boards, fans and 220-volt appliances, he said.

Mennona estimated the PX was meeting 85 to 90 percent of the incoming troops&#8217; requirements. The only item Mennona was aware of that had sold out recently at Vilseck was plastic clothes hangers, he said.