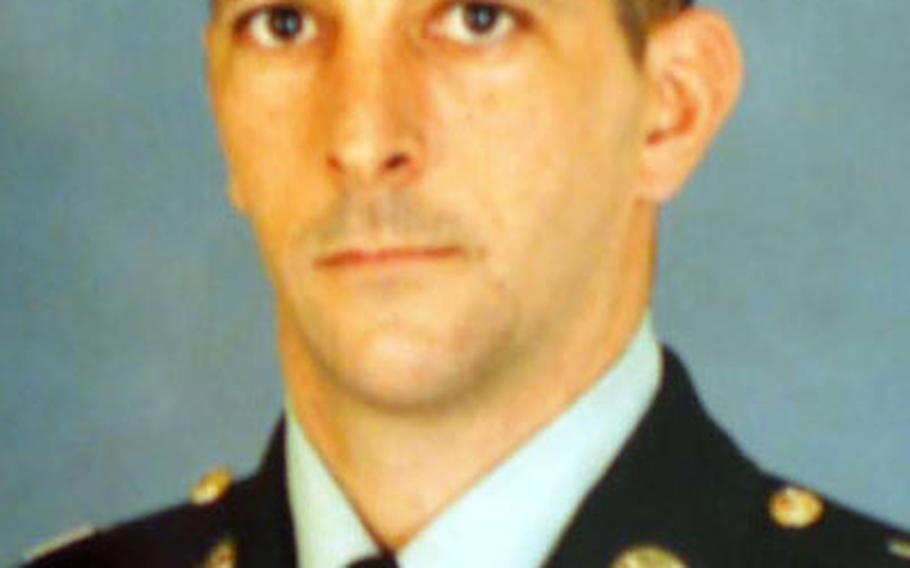 Staff Sgt. Joseph Garyantes, 34, of Rehoboth, Del., was killed by sniper fire while on a combat patrol in Muqdadiyah, Iraq.

The two lived in neighboring rooms that shared a bathroom when stationed together several years ago at Hohenfels, Germany. More recently, the two &#8212; both married with two children &#8212; were next-door neighbors.

&#8220;Joe was a little skinny guy who could talk just about as much trash as I could,&#8221; Merritt said. &#8220;He was always there when I needed a coffee-drinking partner. We would all sit out back and talk.

Capt. Jonathan Boggiano, who was Garyantes&#8217; platoon leader before the Iraq deployment, spoke about Garyantes&#8217; knack for training soldiers, especially one soldier who was on the verge of being kicked out of the Army.

&#8220;Every day, I would spend at least two hours with him just talking, because he would cheer me up,&#8221; Lindley said. &#8220;Joe had a special glow around him; people wanted to be near him, and he was always there to cheer you up no matter the situation.

Garyantes is survived by his wife, Monica, and sons, Tevin and Ryan.