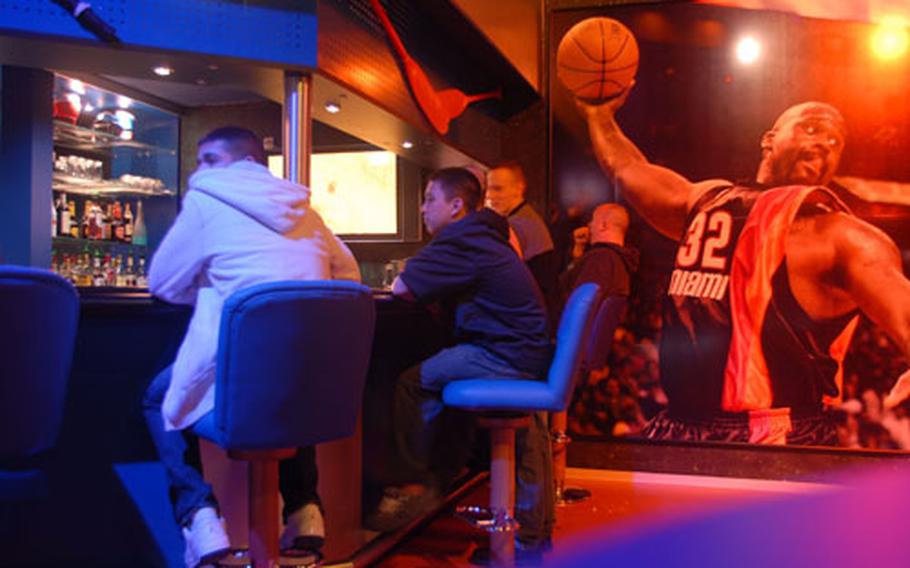 The on-post sports bar at Vilseck, shown here, is no longer the only game in town after the city officials recently announced that in-town bars can stay open until 2 p.m. (Seth Robson / S&S)

VILSECK, Germany &#8212; Bars here are allowed to stay open later Friday and Saturday nights in a move that local authorities say is a response to months of good off-post behavior by U.S. soldiers.

In October, the city of Vilseck introduced a 1 a.m. closing time for local bars after a series of fights involving newly arrived 2nd Cavalry (Stryker) Regiment soldiers and complaints from residents about the noise from patrons leaving bars early in the morning.

Vilseck Mayor Hans-Martin Schertl said Tuesday that since last month, local bars have been allowed to open until 2 a.m. on Fridays and Saturdays.

The change was made because there have not been problems with soldiers in Vilseck for months, he said.

Meetings between the city and military leadership found solutions to the problems, he said, adding that 2nd Cav leadership talked to soldiers from the unit to sort things out.

The 2nd Cav soldiers know their surroundings in Germany now and are spreading out, he said.

&#8220;Not as many soldiers at one time are coming into our community. They know the area and they are also going to other communities. That helped out a lot,&#8221; he said.

Maj. Jon Pendell, 2nd Cav spokesman, said courtesy patrols, instituted by the unit in response to the off-post problems involving soldiers, ended in March due to the lack of recent incidents.