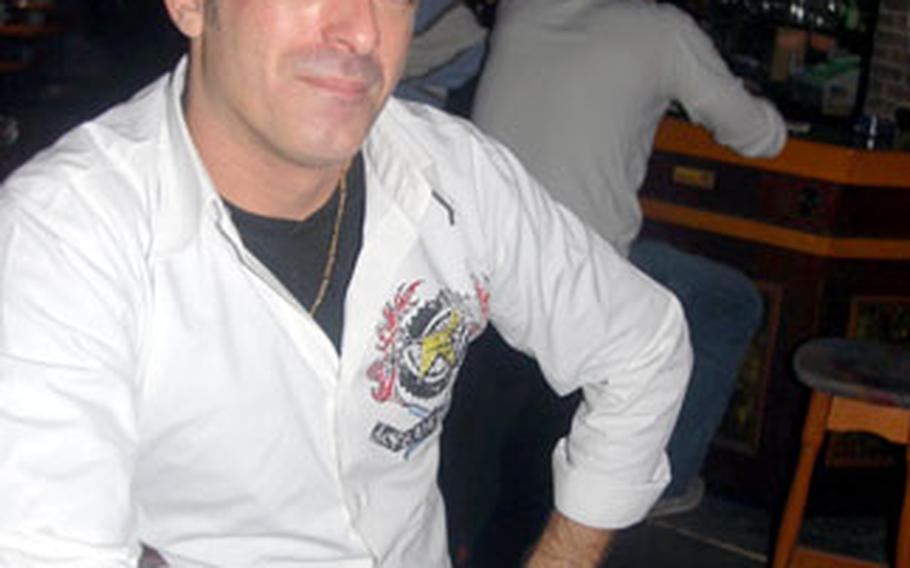 Vilseck bar owner Karvelis Antonios says he’s never had a problem with U.S. soldiers and there is no need for 1 a.m. closing in the town. (Seth Robson / S&S)

Vilseck bar owner Karvelis Antonios says he’s never had a problem with U.S. soldiers and there is no need for 1 a.m. closing in the town. (Seth Robson / S&S) 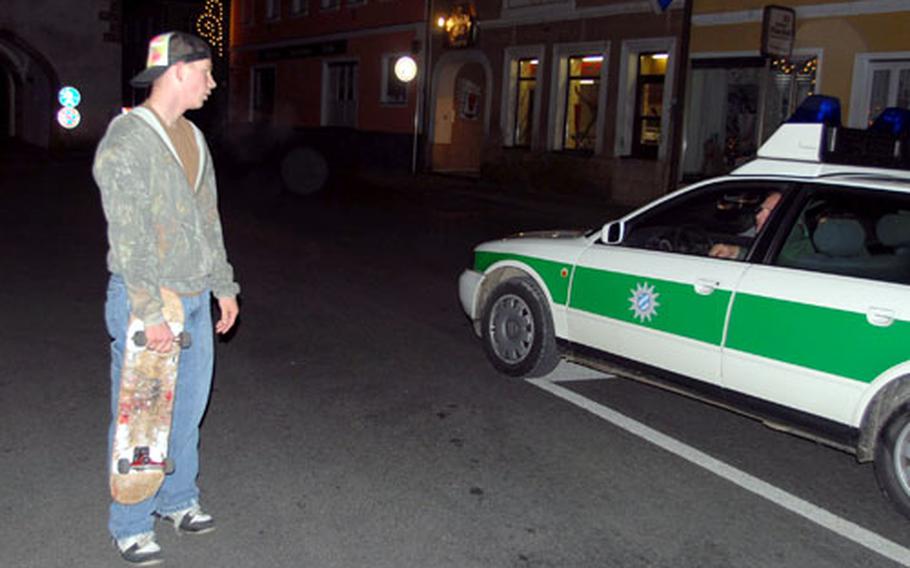 At midnight Friday, the streets of Vilseck were almost deserted except for a few soldiers wandering between the town’s three bars and roving German police quick to warn skateboarders that the Marketplatz is off-limits to their sport. (Seth Robson / S&S)

VILSECK, Germany &#8212; Vilseck bar owners say the city&#8217;s decision to force their pubs to close early in an effort to cut down on late-night noise and fighting amongst U.S. soldiers is killing their businesses.

In October, the city introduced a 1 a.m. closing time for local bars after a series of fights involving newly arrived 2nd Cavalry (Stryker) Regiment soldiers and complaints from residents about the noise from patrons leaving bars early in the morning.

Karvelis Antonios, a former Greek army soldier who owns the Rose and Crown bar in Vilseck&#8217;s Marketplatz, said Saturday that there is no need for the early closing time which is costing bar owners money. Vilseck should allow bars to open until 3 or 5 a.m. on the weekends like other places in Germany, he said.

Antonios, who has served drinks in Vilseck for nine years, said he&#8217;d never seen problems at his bar with U.S. soldiers. The only fight he saw involved a group of German workers in 2005, he said.

The owner of the nearby No Name bar, Georgeos Georgiadis, who is also Greek, also said the early closing is killing his business, and bar owners risk a 5,000-euro fine if they stay open later than 1 a.m., he said.

The early closing is particularly disappointing to the bar owners because they have been waiting for the Strykers to arrive in the hope that it would boost their businesses, Georgiadis said.

Vilseck Mayor Hans-Martin Schertl said Monday that he was aware of the bar owners&#8217; concerns, but that the 1 a.m. closing will remain in force for at least six months.

At midnight on Friday, the streets of Vilseck were empty except for a German police patrol, a few U.S. soldiers wandering between the town&#8217;s three bars and a couple of Vilseck High School students skateboarding in the dark.

Soldiers drinking in the bars appeared to all be against closing the bars early.

Pfc. Bautista Kylock, 21, of San Diego, one of several 2nd Cav soldiers drinking at No Name on Friday night, said he&#8217;d like to see bars stay open until 5 a.m. on the weekend and 1 a.m. on weekdays.

Kylock added that he&#8217;d like to see more taxis in Vilseck on the weekend to take soldiers back to post.

When closing time came on Friday, about 20 people, a mixture of Americans and Germans, stood in the street, watched over by four or five uniformed soldiers from 2nd Cav&#8217;s new courtesy patrol, and then began the long walk back to post in the cold, dark night.

Soldiers who want to stay up later can drink at the Independence Club, the closest nightclub to Vilseck&#8217;s front gate, which is just outside the Vilseck city limits and not affected by the 1 a.m. closing rule, Schertl said.

But, Wilhelm Von Gunter, owner of the Independence Club, said 2nd Cav banned its soldiers from entering the club five weeks ago.

&#8220;They said it was because the soldiers are out of control,&#8221; said Van Gunter, who opened the club in March in anticipation of the Strykers&#8217; arrival in Germany over summer.

The ban followed a series of fights involving U.S. soldiers inside the club and in the car park, he said. Von Gunter said he was waiting for word from the unit about when soldiers will be allowed to return to the club.

Second Cav officials did not respond by deadline Monday to questions about the ban.