View of things to come 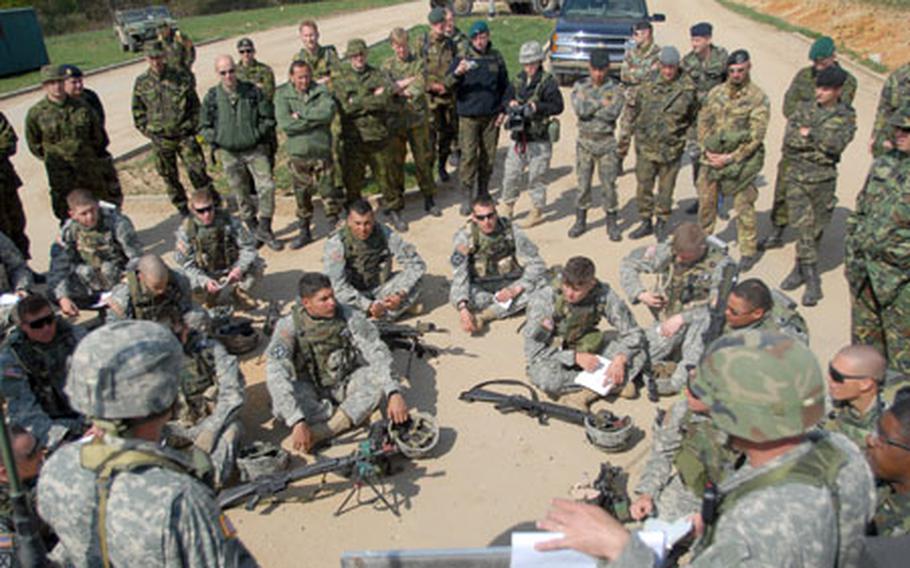 NATO personnel listen in as U.S.soldiers from the 1st Battalion, 4th Infantry Regiment are given instructions during a counter-roadside bomb exercise conducted for the visiting NATO troops at Hohenfels&#39; Joint Multinational Readiness Center on Friday. (Seth Robson / S&S)

NATO personnel listen in as U.S.soldiers from the 1st Battalion, 4th Infantry Regiment are given instructions during a counter-roadside bomb exercise conducted for the visiting NATO troops at Hohenfels&#39; Joint Multinational Readiness Center on Friday. (Seth Robson / S&S) 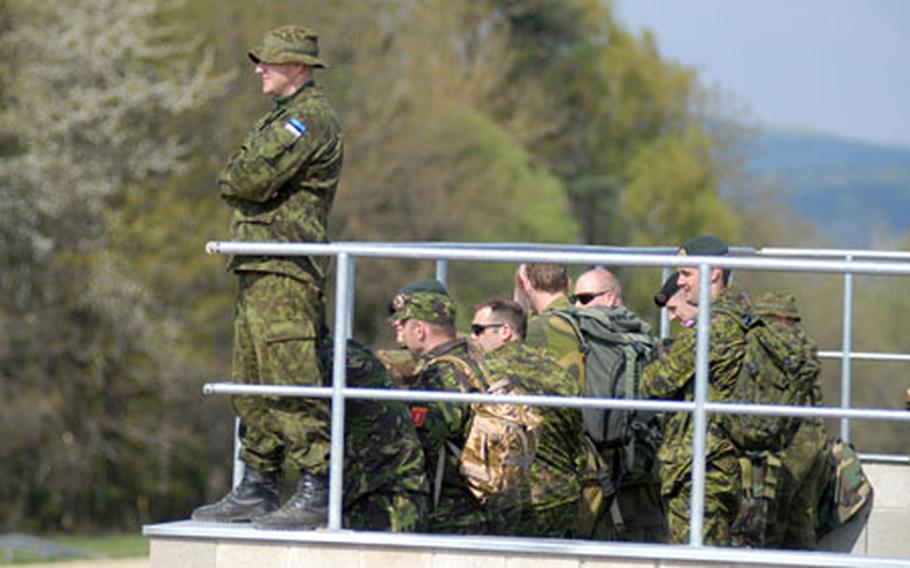 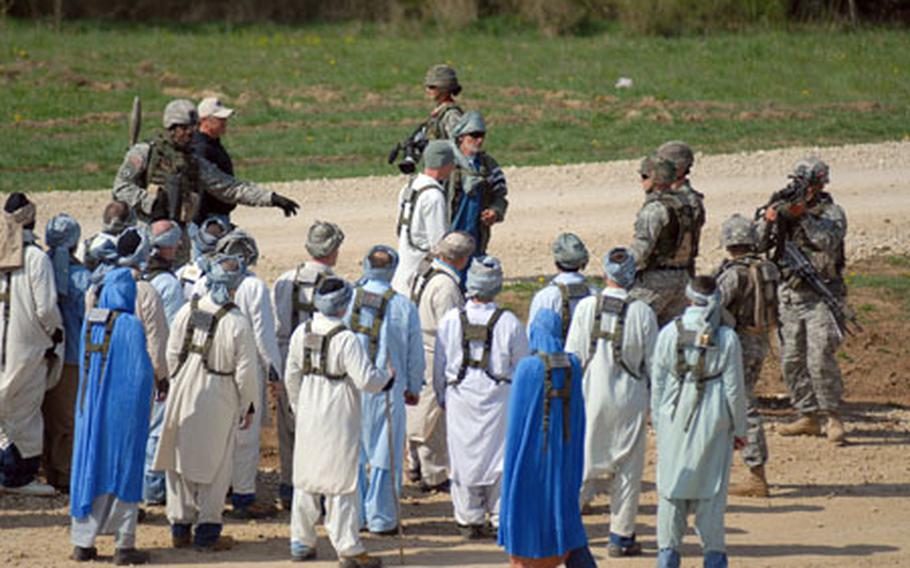 HOHENFELS, Germany &#8212; U.S. soldiers are conducting a training session to pass on their methods for countering roadside bombs to NATO allies eager to learn more about the deadly devices placed along the roads of Iraq and Afghanistan.

On Friday, 40 students from 12 NATO countries stood on the roofs of two concrete block buildings and watched soldiers from the 1st Battalion, 4th Infantry Regiment react to various types of bombs during an exercise inside The Box training area.

Lt. Col. Rodney Butler, a U.S. officer serving with NATO&#8217;s Allied Land Component Command in Heidelberg, said the NATO troops are learning how Americans conduct counter-bomb training so they can run similar events for their personnel.

Since the courses started last summer, more than 150 foreign personnel have taken part, he said.

The training is important for NATO countries since NATO commands the coalition forces in Afghanistan, he said.

&#8220;The (NATO) nations look at us because we have been in the fight longer than some of them. Especially with our experience in Iraq, they are very interested in how we prepare our soldiers for that environment,&#8221; Butler said.

Over 10 days, the NATO troops learn about the operational environment in Afghanistan and the latest tricks used by enemy forces. They learn how to develop a situational training exercise and how to incorporate counter-bomb training in it, he said.

Capt. Dan Young, an engineer company trainer with the Joint Multinational Readiness Center at Hohenfels, said the 1-4 soldiers were told to establish a traffic control point &#8212; or TCP &#8212; on a road in the training area to stop the transportation of the improvised explosive devices and the material used to make them.

&#8220;We designed three events. One was a single IED that they [encountered] coming to set up the TCP. Then they were hit by a vehicle-borne IED at the TCP,&#8221; he said. He said the final attack involved a roadside bomb and a complex ambush as the soldiers convoyed back to base.

Moments later the NATO troops watched as the 1-4 soldiers drove up in Humvees, the roadside bomb detonated and insurgent role-players attacked.

Young said the NATO personnel also saw the systems JMRC uses to replicate the noise and smoke of roadside bombs.

&#8220;If they see pieces, they can incorporate in their countries they can take those ideas home with them,&#8221; he said.

One of the NATO soldiers learning about the roadside bombs was Lt. Col. Manuel Gauthier, of the French army&#8217;s land command.

The engineer and explosive ordnance disposal officer said the French are keen to develop skills for seeking and countering the bombs because there is a big IED threat to French troops in Afghanistan as well as a smaller one to French troops in Lebanon.

&#8220;We are here to receive lessons learned from the U.S. Army in order to develop our own training courses for the French army,&#8221; he said.

Lt. Col. Mehmet Colpen, of the Turkish army, said the training showed him how difficult it is to do live simulations of bombs.

&#8220;It is very realistic but things can go wrong. Your [simulated munitions] might not work and the people might not react as they should,&#8221; he said.

Turkey conducts counter-bomb training to prepare troops for deployment to Afghanistan, he said, but added that the U.S. training is more sophisticated.

&#8220;The realistic side of it is much better. We usually use military simunition as IEDs but they are using pressure gas and some new equipment. And they use civilian actors whereas we just use soldiers,&#8221; he said.