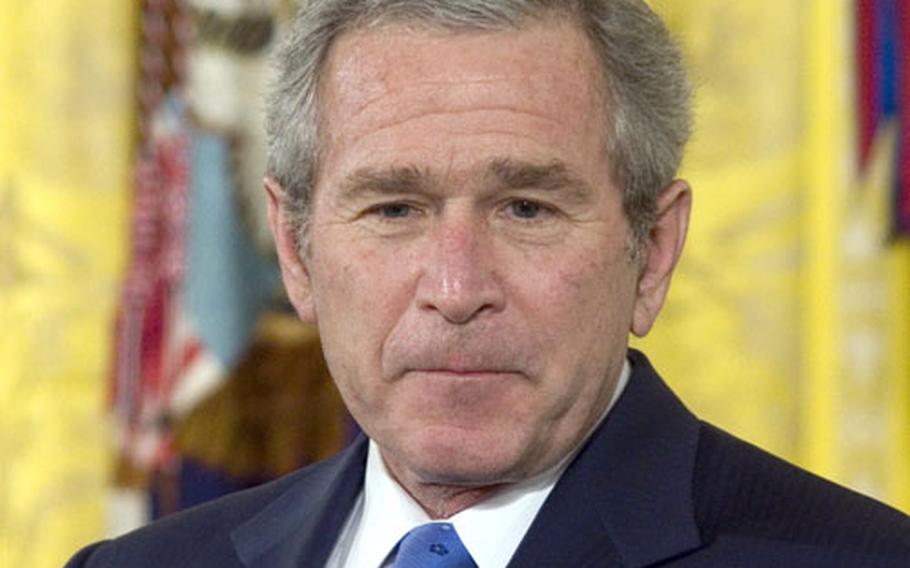 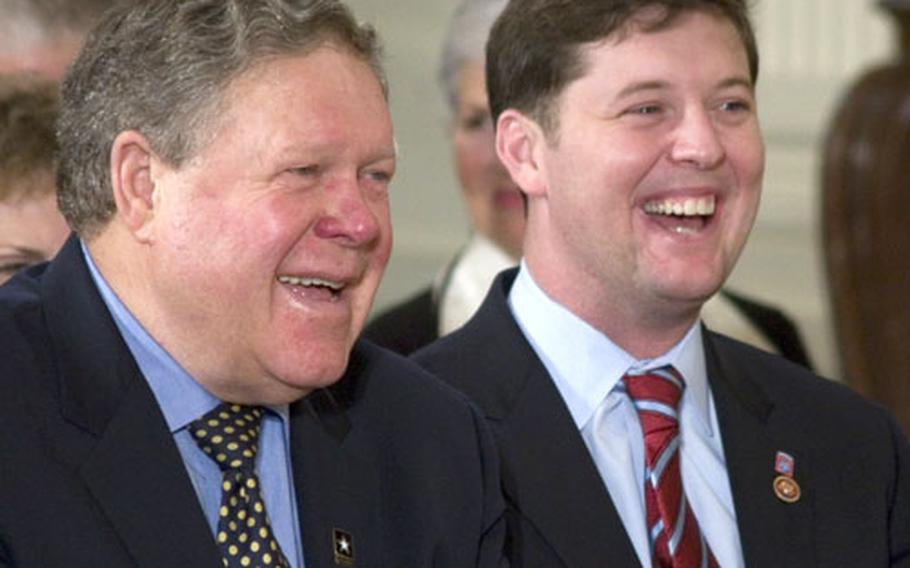 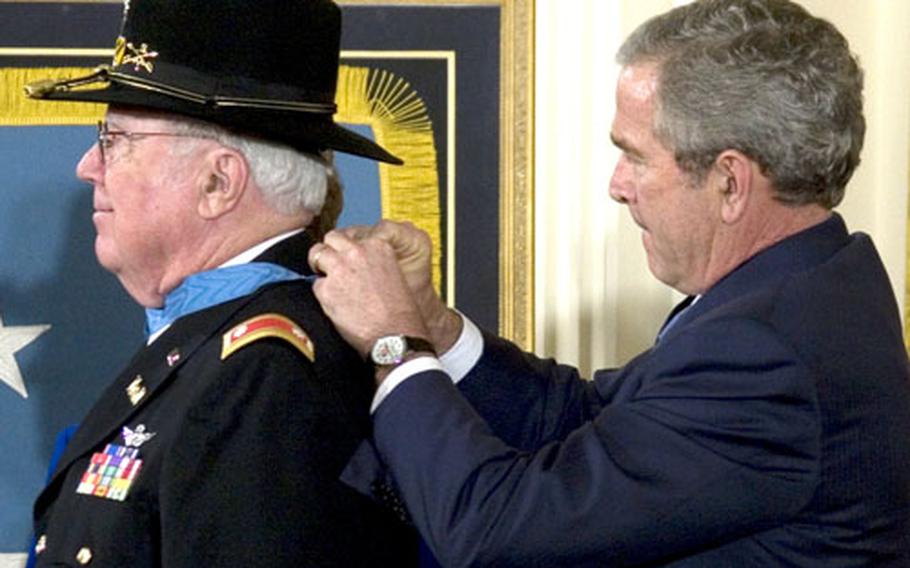 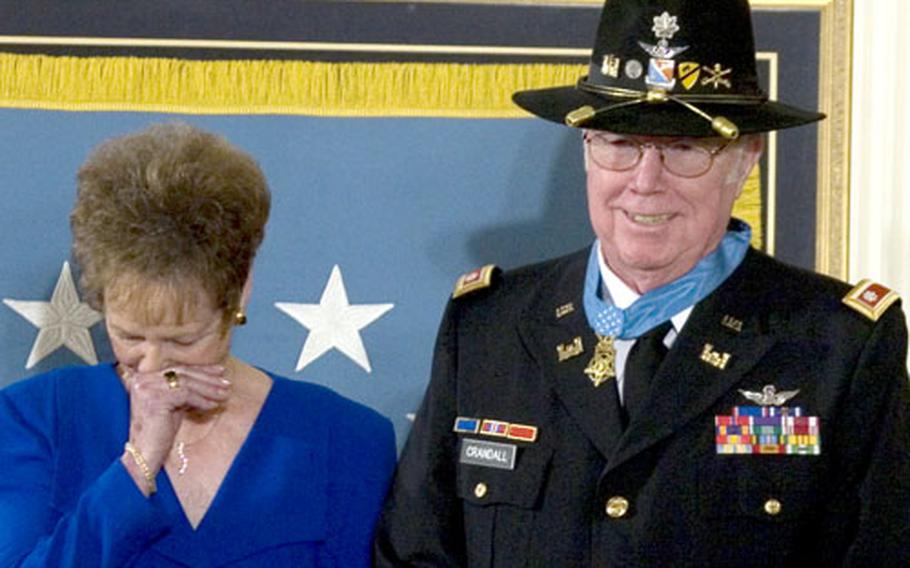 WASHINGTON &#8212; Bruce Crandall knows that many Medal of Honor recipients are recognized posthumously, often killed as a direct result of their heroic actions.

Crandall, who flew his unarmed helicopter into heavy combat in the Ia Drang Valley to drop supplies and evacuate wounded troops, was presented the Medal of Honor on Monday at a White House ceremony.

He is the second helicopter pilot to receive the award for actions at that battle in November 1965.

Then-Capt. Ed Freeman and Crandall volunteered to fly their UH-1 Hueys into the heart of combat in the valley after military commanders deemed the area too dangerous for aircraft.

Freeman and Crandall, then an Army major, spent more than 14 hours evacuating wounded soldiers and resupplying the fighting force with ammunition and rations.

Army officials credited them with saving more than 70 soldiers through their actions. On Monday, President Bush described him as a &#8220;daring pilot,&#8221; a &#8220;selfless leader&#8221; and an example for all soldiers.

Crandall might have received his medal five years ago, but he withdrew his name from consideration for the honor and in an effort to make sure Freeman was recognized.

Freeman could not attend Monday&#8217;s ceremony due to ice storms in the Midwest. Crandall said the two are still close friends, and also stay in touch with many of the men they helped save.

Crandall, who retired from the Army in 1977 as a lieutenant colonel, lives in Manchester, Wash., and speaks frequently to military and civilian crowds about his war experience.

Last year he visited members of the 1st Infantry Division in Heidelberg, Germany, and said he has had several other opportunities to speak with troops heading into Iraq and Afghanistan.

To date, 3,460 servicemembers have received the Medal of Honor, 245 for actions during the Vietnam War.