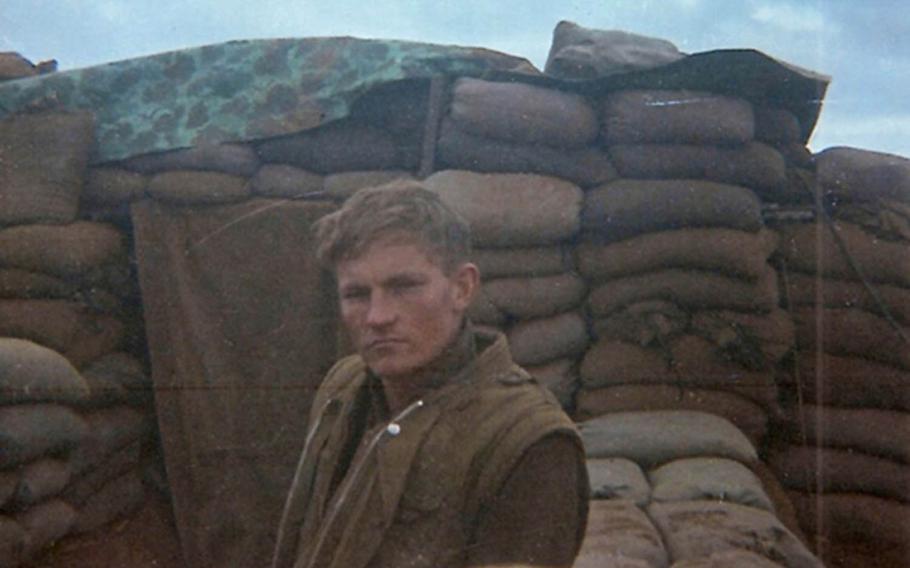 A Marine veteran who turned his company’s harrowing tale from the 77-day siege of Khe Sanh during the Vietnam War into a documentary film will be honored with the National Society Daughters of the American Revolution’s highest award.

Ken Rodgers, of Eagle, Idaho, will receive the Ellen Hardin Walworth Founders Medal for Patriotism on May 12 in Boise, the society announced in a statement. The medal honors an adult who has displayed “outstanding patriotism in the promotion of NDSAR’s ideals of God, home and country through faithful and meritorious service to our community, state and nation.”

“Ken is an amazing person, veteran and Idahoan,” Barbara Grant of the NSDAR Eagle chapter said in an email to Stars and Stripes. Ken and the others “fought so valiantly to preserve and uphold the freedoms we as Americans hold so dear.”

“Bravo! Common Men, Uncommon Valor” details the bloody Khe Sanh battle from the perspective of Company B, 1st Battalion, 26th Marine Regiment, complete with interviews from more than a dozen survivors, never-before-heard audio, after-action reports and photos. Participants in the battle said the process allowed many of them to heal old wounds.

The battle for Khe Sanh came to symbolize the American involvement and resolve in Vietnam as well as the war’s complexities. During the 11-week siege in early 1968, a single surrounded and cut-off Marine regiment of about 5,000 and their supporting forces stood in defiance of three North Vietnamese Army divisions — about 20,000 troops. They were victorious, but only after 66 deaths, including 27, with 19 wounded and one taken prisoner on a single patrol.

The base was later abandoned to the enemy.

NSDAR is a service organization dedicated to promoting patriotism, preserving American history, and supporting better education for American children. It was founded in 1890 and boasts 165,000 members in approximately 3,000 chapters worldwide.

For more information on the film and screenings, see https://bravotheproject.com/.