Vietnam hero McClary shoots from hip in visit to Okinawa 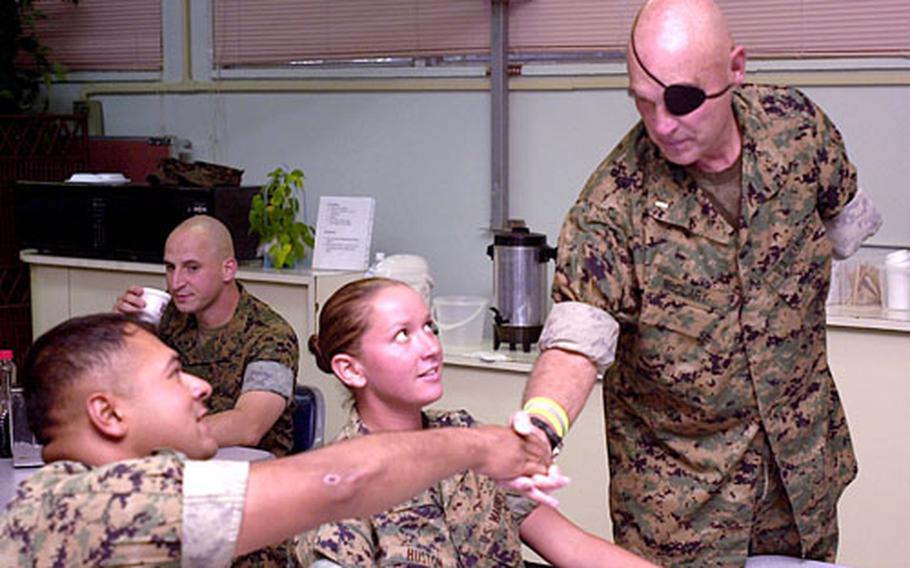 Clebe McClary, a Marine veteran who was severely wounded during the Vietnam War, shakes hands with Marines at the USO on Camp Hansen, Okinawa, on Friday. (Cindy Fisher / S&S)

Clebe McClary, a Marine veteran who was severely wounded during the Vietnam War, shakes hands with Marines at the USO on Camp Hansen, Okinawa, on Friday. (Cindy Fisher / S&S) 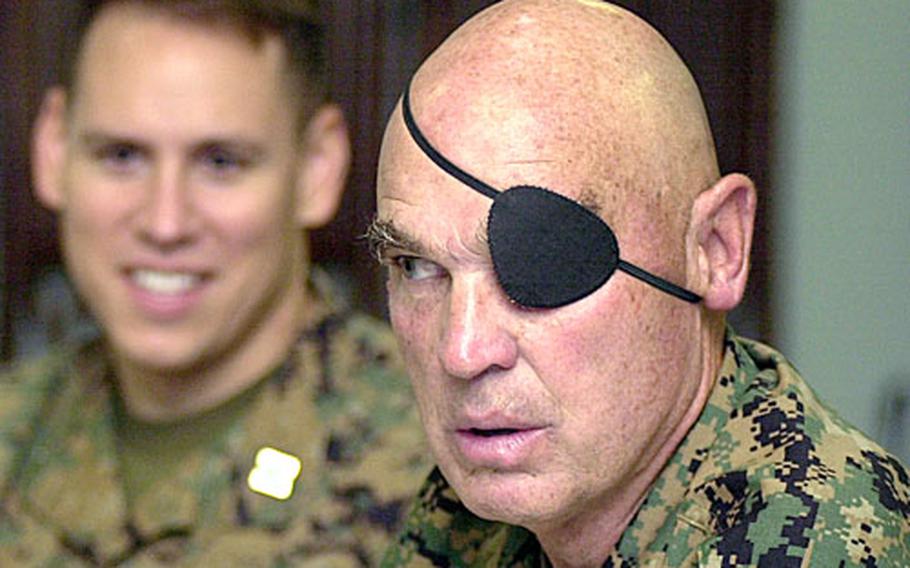 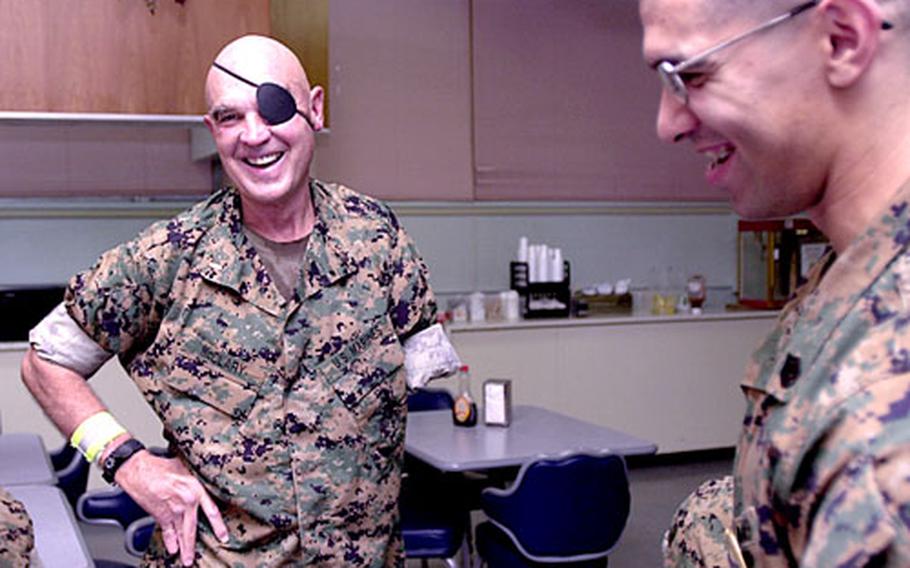 Marine veteran Clebe McClary, who lost his left arm and eye during the Vietnam War, told Marines that after an injury like his, “life’s not over. Whatever you have left, you’ve got to get up and thank God for it.” (Cindy Fisher / S&S) 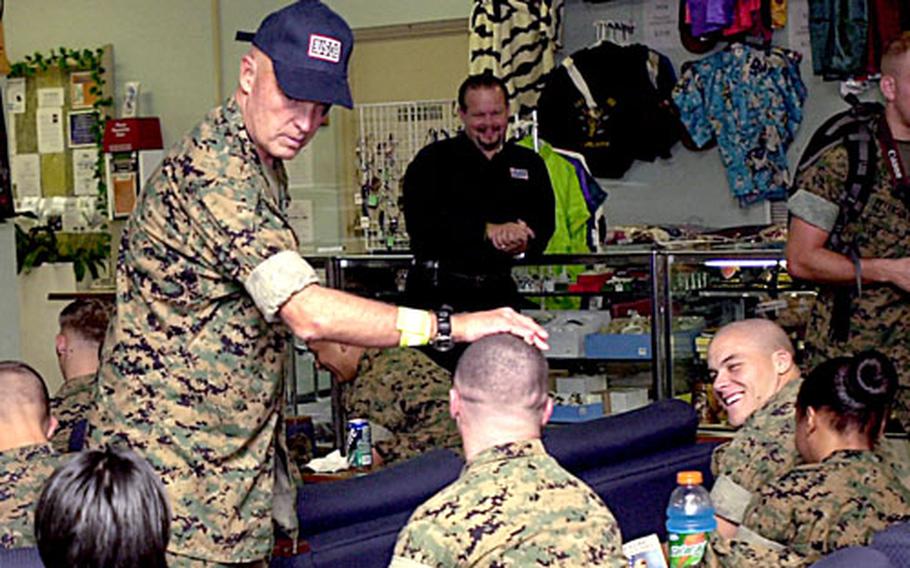 Marine veteran Clebe McClary chats with Marines at the Camp Hansen USO Friday. He asked Marines where they were from — and had a comment or anecdote about each location. (Cindy Fisher / S&S)

Motivational speaker and Marine veteran Clebe McClary, the subject of the documentary &#8220;Portrait of an American Hero,&#8221; stopped in to eat and chat about serving in the Corps during wartime and his life afterward.

McClary, awarded three Purple Hearts, the Bronze Star and the Silver Star, was a lieutenant with 1st Reconnaissance Battalion, 1st Marine Division during the Vietnam War.

The 64-year-old McClary said his life changed March 3, 1968, during his 19th reconnaissance mission in enemy-controlled territory.

In the dark of night on Hill 146, a platoon-sized force of North Vietnamese soldiers attacked his patrol.

The initial attack took McClary&#8217;s left arm and subsequent grenade attacks tore out his left eye, burst both eardrums and shredded his legs.

Doctors said he would never walk again, but after more than 30 major surgeries and 2&#189; years in hospitals, he said, he got on with his life and since has run marathons. Marines asked if he would serve again knowing what would happen.

McClary, who has spoken at more than 7,500 events, is scheduled to be the guest of honor Monday at III Marine Expeditionary Force Headquarters Group&#8217;s Birthday Ball.