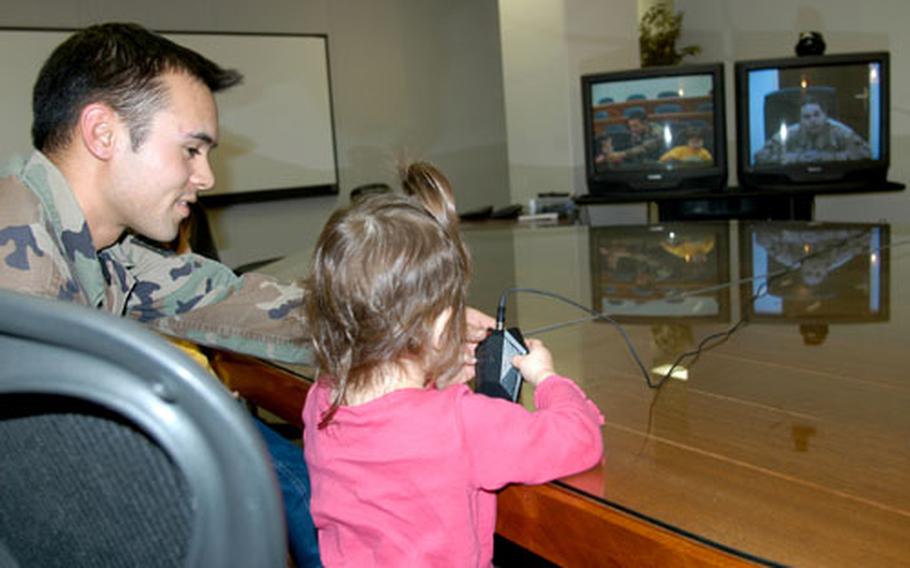 Staff Sgt. Christopher Ellis helps his daughter, Faith, 2, speak into a microphone to her mom, Senior Airman April Ellis, who’s deployed to Balad Air Base, Iraq. They were able to see each other for the first time since September via a special holiday morale video teleconference arranged between Misawa Air Base, Japan, and Balad. (Jennifer H. Svan / S&S)

Staff Sgt. Christopher Ellis helps his daughter, Faith, 2, speak into a microphone to her mom, Senior Airman April Ellis, who’s deployed to Balad Air Base, Iraq. They were able to see each other for the first time since September via a special holiday morale video teleconference arranged between Misawa Air Base, Japan, and Balad. (Jennifer H. Svan / S&S) 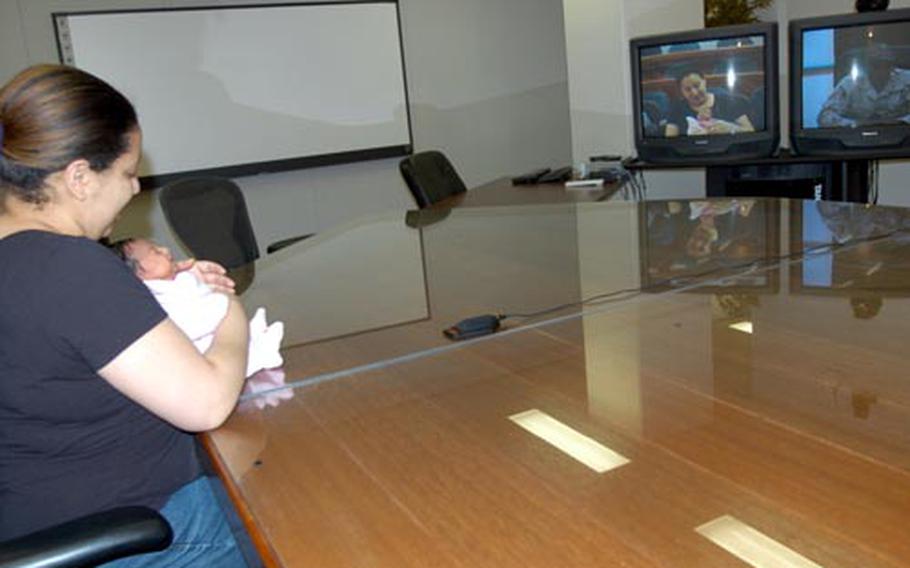 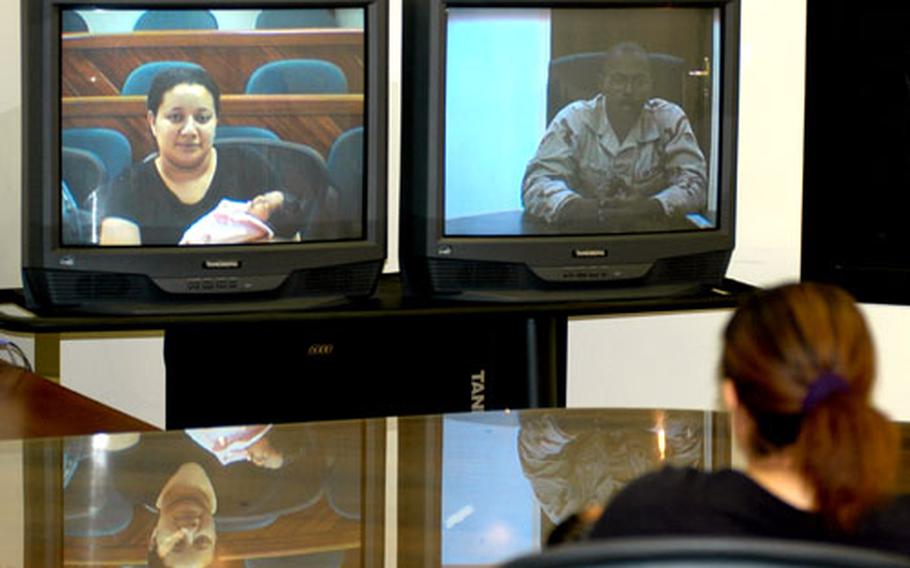 MISAWA AIR BASE, Japan &#8212; A father laid eyes on his newborn baby for the first time. A 3-year-old almost mooned his tearful mom, giggling mischievously as he flashed underwear, not diapers. Spouses remarked on each other&#8217;s appearance, some noting weight loss or a new hairstyle. The million-dollar question: When are you coming home?

Seven families here Tuesday afternoon saw their deployed loved one for the first time in more than three months through the first morale video teleconference linking Misawa Air Base and Balad Air Base in Iraq.

Balad invited 12 bases, including Misawa, to participate in a special holiday morale video call, officials there said. The base has had video teleconferencing for about 15 months, but it&#8217;s primarily used for mission purposes.

Of Misawa&#8217;s more than 250 personnel deployed for the current Aerospace Expeditionary Force cycle, about 16 are deployed to Balad, one of the largest air bases in Iraq, located north of Baghdad.

Most spouses, however, jumped at the chance.

Families were connected for 15 minutes via a secure phone line to Balad in the 35th Communications Squadron&#8217;s video-teleconferencing room in the Torii Building. Voice transmission was near perfect, and the picture was crystal clear. Families sat at a table with a microphone wired to a television screen casting their loved one&#8217;s face and words &#8212; and sometimes emotions.

Senior Airman April Ellis in Balad quickly wiped away tears as she saw Christian, 3, Faith, 2, and husband, Staff Sgt. Christopher Ellis, for the first time since leaving in early September. The couple are assigned to the same shop in the 35th Maintenance Squadron.

Many of Misawa&#8217;s deployed servicemembers are due back the end of January.

Airman 1st Class Broderick Edwards thought he&#8217;d have to wait until that homecoming to see his new baby. Kir&#8217;reia Edwards was due Dec. 21 but was born on Saturday. The tiny babe with jet black hair was sleeping in her mother&#8217;s arms during the call.

Master Sgt. Roger Hamed said he was thrilled to be able to see his wife and three children, especially so close to the holidays. His two girls, Annalyn, 8, and Gabrielle, 7, told him they wanted a pony and two front teeth for Christmas. Said one, &#8220;Daddy, I wish I was there.&#8221;