Victory Camp store stocks up on the essentials 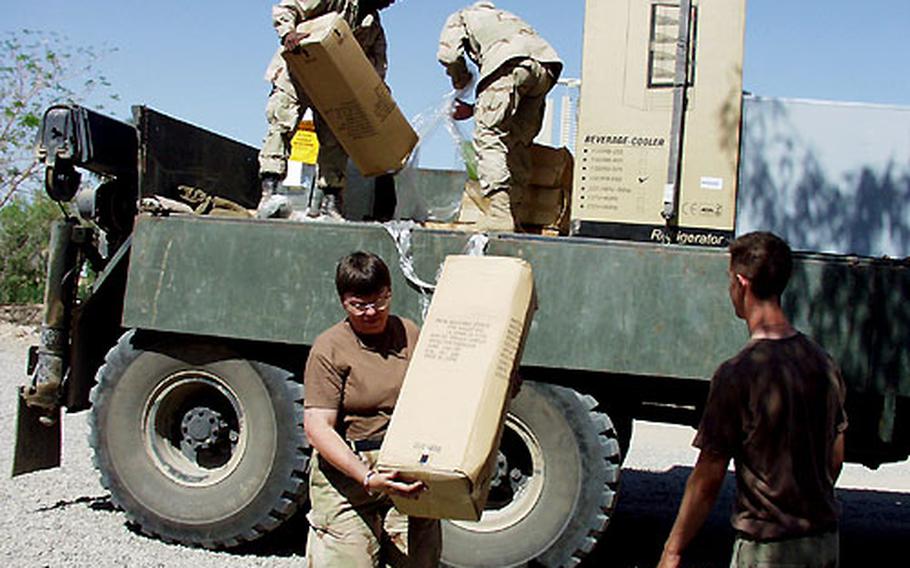 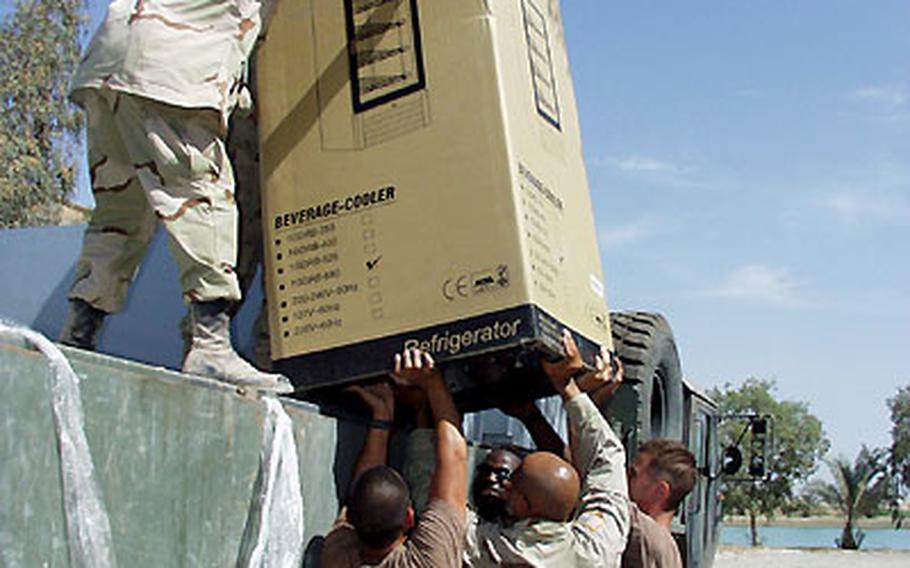 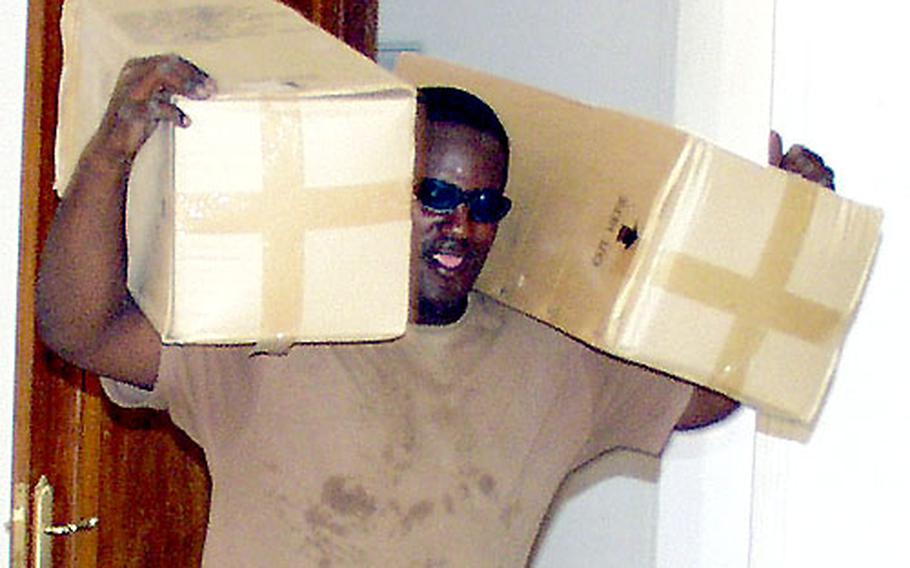 BAGHDAD, Iraq &#8212; The first thing off a truck delivering supplies to the new Army and Air Force Exchange store at Victory Camp was a refrigerator.

With daytime temperatures hovering around 115 degrees Fahrenheit in Baghdad, cold water, sodas and Gatorade are going to be hard to keep in stock, manager Cynthia Gryzbowski said.

Gryzbowski and Rochele Jordan will be the lone workers at the new shoppette, set to open Friday. Exact store hours haven&#8217;t been set, but Gryzbowski said she expects it will be open seven days a week.

Since the Heidelberg, Germany-based V Corps moved into the massive palace complex in the city, soldiers have had to rely mostly on care packages for necessities.

AAFES recently started a &#8220;rodeo,&#8221; service, through which its workers visit units on a rotating basis to offer basics like foot powder and shaving cream.

The new PX will have about 180 different items in stock and eventually will handle special requests.

The shoppette will be inside an old Republican Guard house on the grounds where 2,000 U.S. soldiers now live.

Eventually, the store will include fast-food service like a Subway sandwich shop and a Baskin-Robbins ice cream store.

&#8220;This is one of the biggest morale boosters there can be,&#8221; said 1st Lt. Markello Dotson, a logistics officer for V Corps&#8217; Headquarters and Headquarters Company, as he helped unload the first items into the new store.