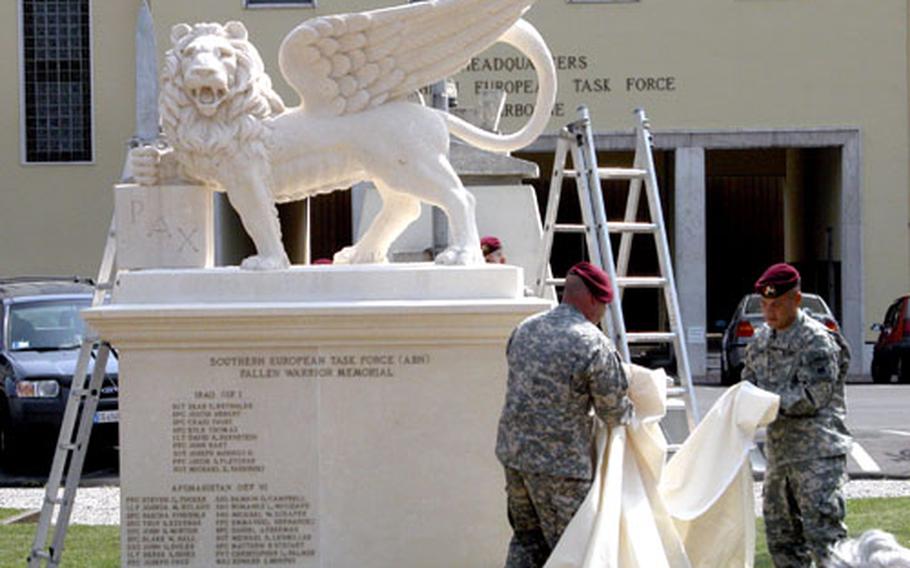 After unveiling a monument to Vicenza, Italy-based soldiers who died in Iraq and Afghanistan, Maj. Gen. Jason Kamiya, Southern European Task Force commander, cautioned that the fight is not finished. (Geoff Ziezulewicz / S&S) 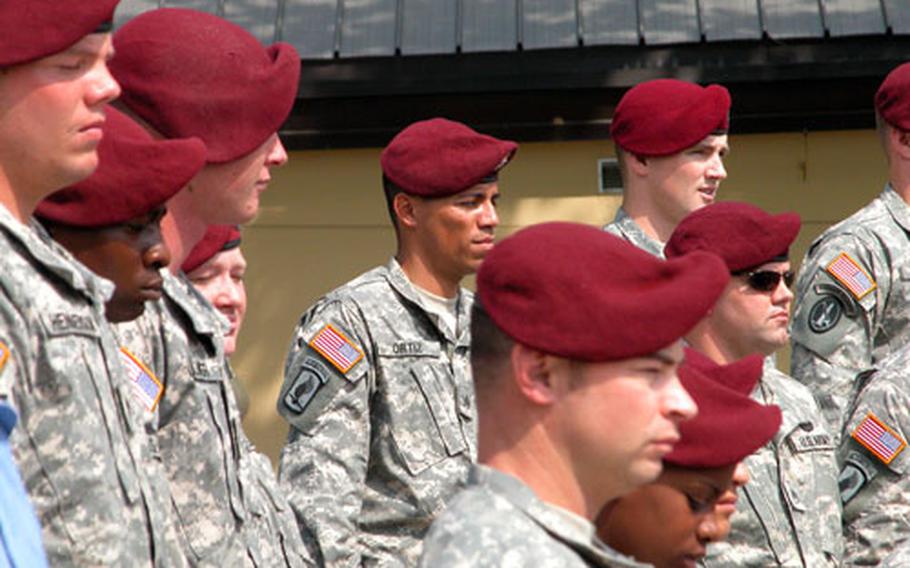 Vicenza, Italy-based soldiers look on during the unveiling of a monument to remember 27 comrades who have died in Iraq and Afghanistan. (Geoff Ziezulewicz / S&S) 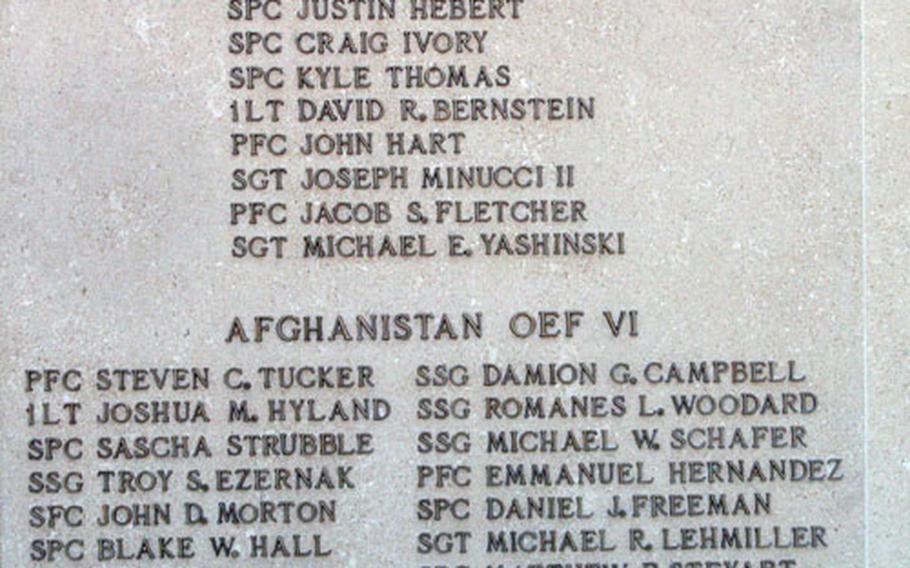 The names of the 27 Vicenza, Italy-based soldiers killed during operations in Iraq and Afghanistan adorn the monument unveiled Monday at Caserma Ederle. (Geoff Ziezulewicz / S&S)

VICENZA, Italy &#8212; Jessica Hebert has happy memories of the last time she saw her little brother, Justin, in early 2003. It was her 21st birthday, and Spc. Justin Hebert was back home near Seattle on leave.

Her brother always bragged to her about being able to drink as a minor while stationed in Europe. But on the night of his sister&#8217;s birthday, he was still not of legal age in the States. She said goodbye as he left the bar, not knowing it would be the last time.

In August of 2003, Justin Hebert, with 1st Battalion, 508th Infantry (Airborne), was driving in a convoy near Kirkuk, Iraq, when he was killed in a rocket-propelled grenade attack, days after his 20th birthday.

He is one of 27 Vicenza-based soldiers who have perished during operations in Iraq and Afghanistan. And on Monday at Caserma Ederle, a monument was unveiled as a tribute to those who did not make it home.

&#8220;It stands before you now as our modest tribute,&#8221; Maj. Gen. Jason Kamiya, Southern European Task Force commander, said after revealing the lion, which is also the SETAF insignia.

As a cooler breeze periodically cut through the stifling midday heat, Kamiya said the statue of the lion holding a book and a dagger symbolizes peace through strength, and that the lion &#8220;is scowling fiercely in vengeance for the fallen.&#8221;

The sacrifice of those 27 cannot be stated enough, he said, because they asked for the task.

Kamiya said Monday that, before leaving Vicenza last year to lead a yearlong deployment to Afghanistan, he prayed for a tour free of death.

These days, Jessica Hebert is left with the countless memories of her little brother, Justin.

Even though Jessica Hebert is not in the service, she said her brother&#8217;s sacrifice will make the military part of her life forever.

And in a final way for Justin Hebert to look out for his sister, Jessica Hebert met her fianc&#233; in Italy, when she came to meet her brother&#8217;s friends after his death.