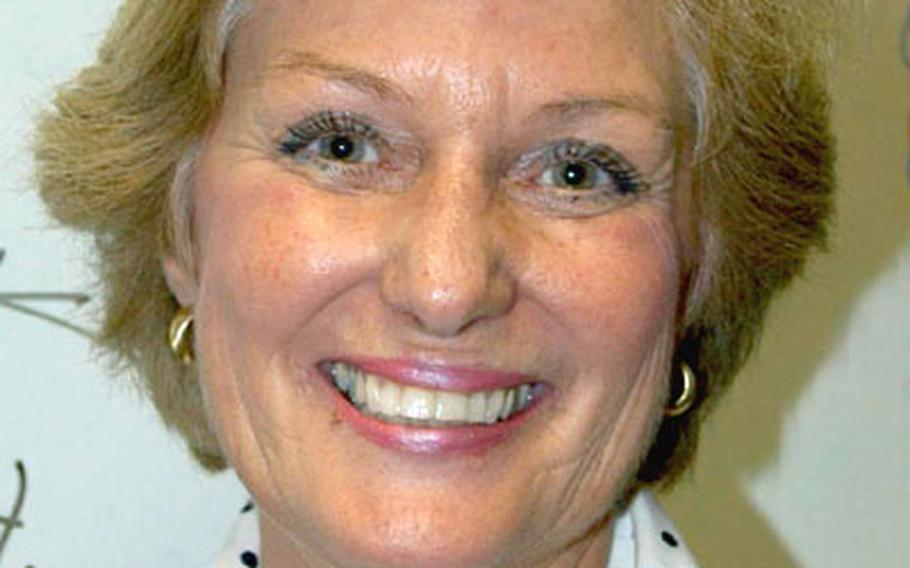 Salerno, who has been teaching in and out of the Department of Defense Education Activity school system for 35 years, was recently named DODEA&#8217;s 2006 teacher of the year.

&#8220;I&#8217;ve never been speechless in my life, and I was speechless,&#8221; Salerno said of learning the news from a telephone call with DODEA Director Joseph Tafoya.

Since then, congratulations have been pouring into her e-mail inbox from former colleagues around the globe. That&#8217;s what happens, Salerno says, when you&#8217;ve spent the better part of the last four decades working at schools in various locations around the world.

Salerno, however, hasn&#8217;t followed the same path of many of her colleagues. For the majority of her teaching career, she was a military spouse.

She followed her husband, Dennis, who retired from the Army as a lieutenant colonel, from assignment to assignment. She&#8217;s been at Vicenza for the last six years &#8212; but it&#8217;s her third time teaching at the school.

She said the perspective she&#8217;s gained as a military spouse and a civilian employee help her as a teacher and probably helped her win the honor.

&#8220;My husband was deployed five times,&#8221; she said. So she knows what pupils and parents are going through, she said.

In her present class of 24, half have parents deployed downrange. She said she and other teachers throughout the system have had to take such factors into account. She discovered one child had a parent home recently for rest-and-relaxation leave. A test was scheduled on the day that Dad was heading back downrange.

Salerno has been an Italian immersion teacher during this stint at Vicenza, following five years in a similar position in Naples. Much of the instruction in her classroom is in Italian.

Interestingly enough, Salerno hasn&#8217;t had much formal education in Italian herself. Her husband, who currently has a NATO job in Verona, is Italian-American and holds an advanced degree in Italian literature. She said she&#8217;s picked up her fluency by spending years talking with his relatives in Italy.

The immersion system is a popular one at Vicenza and has a waiting list. One teacher at each of the first four grades participates.

Principal Alice Herring said several parents nominated Salerno for the honor. She first was recognized as Mediterranean District teacher of the year, then competed against the winners from other districts around the globe.

Salerno now will take part in several events in the States in the coming months and will be honored along with the winners from the 50 states in a ceremony in January.