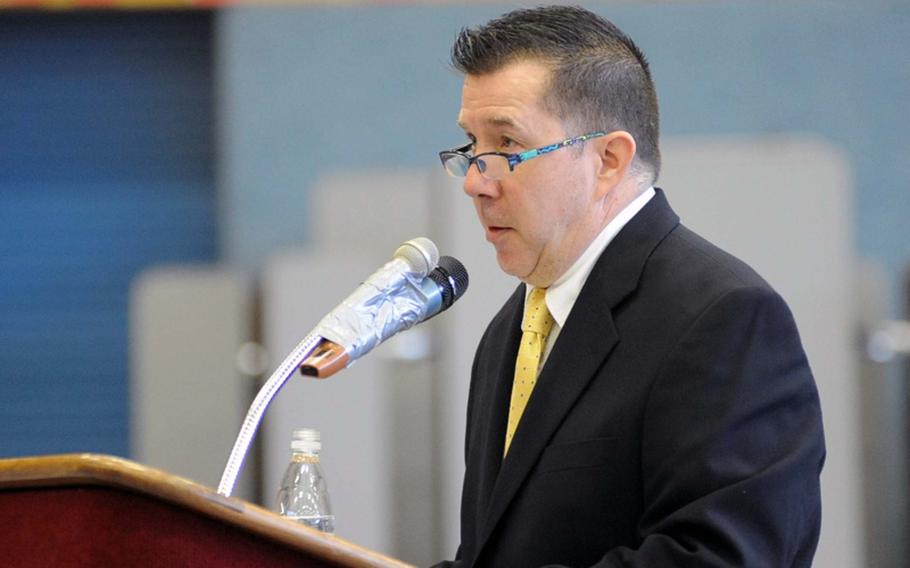 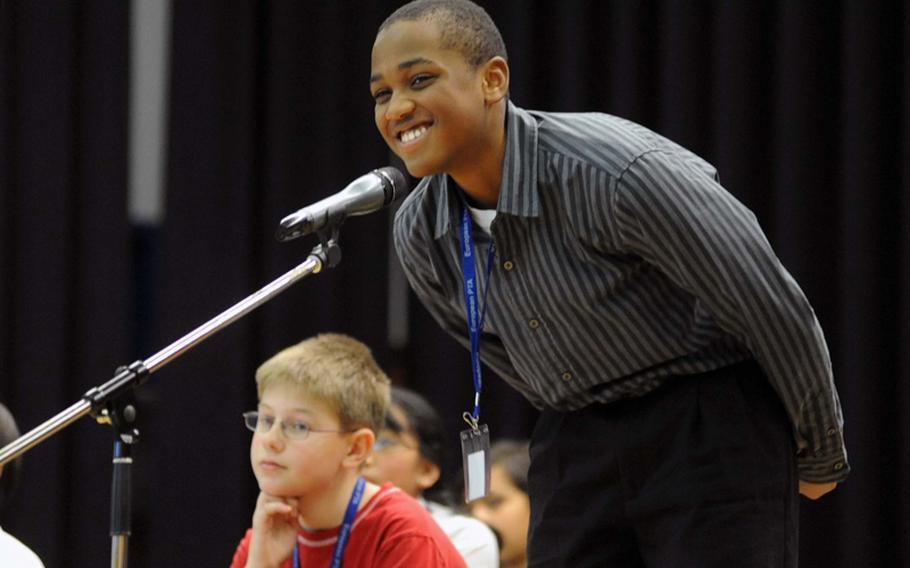 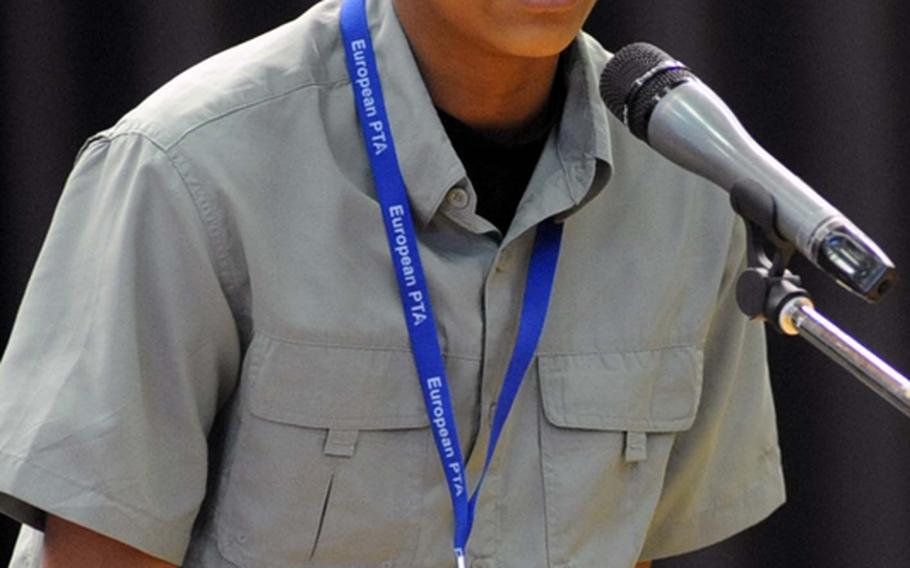 Buy Photo
Anuk Dayaprema from Vicenza, Italy, looks towards the judges after spelling the winning word at the 29th annual European PTA spelling bee at Ramstein Air Base, Germany, on Saturday. He goes on to Washington, D.C., to compete in the national spelling bee in June. (Michael Abrams/Stars and Stripes) 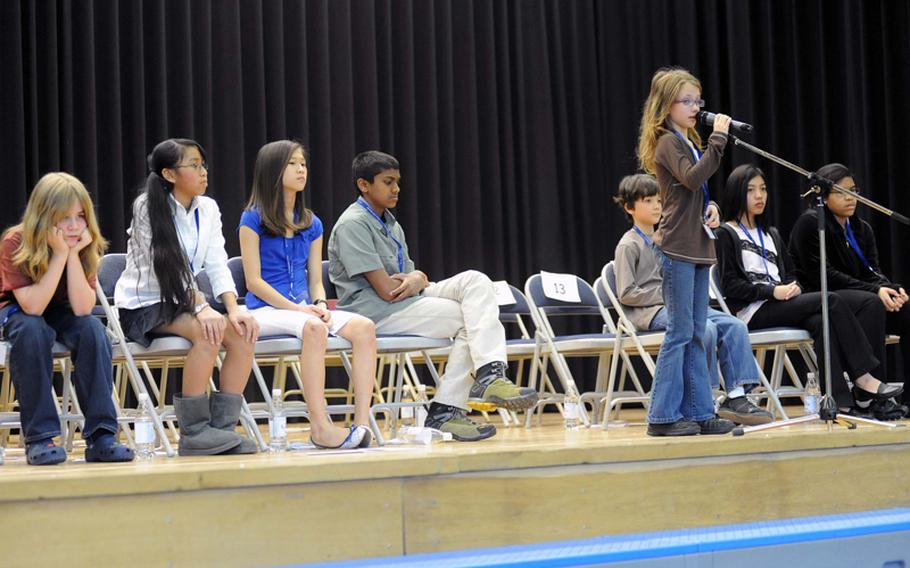 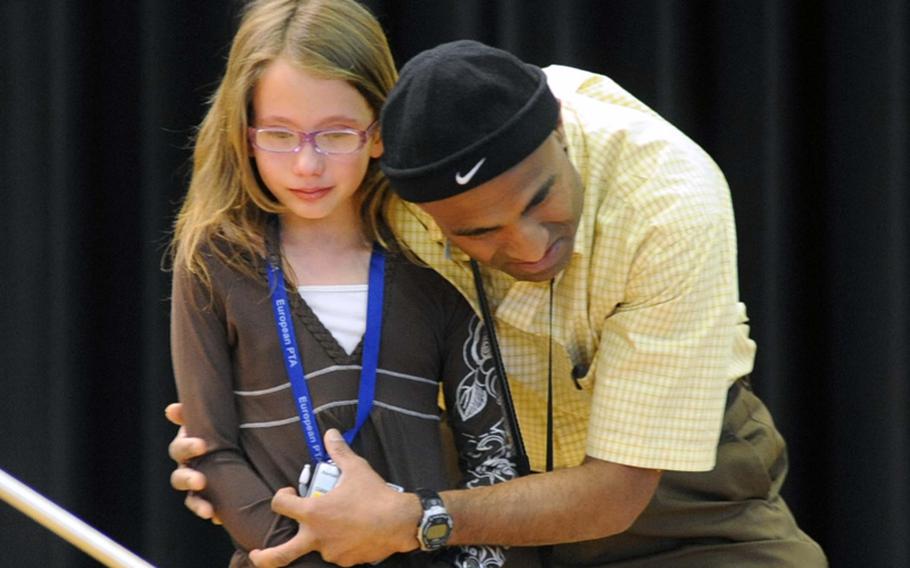 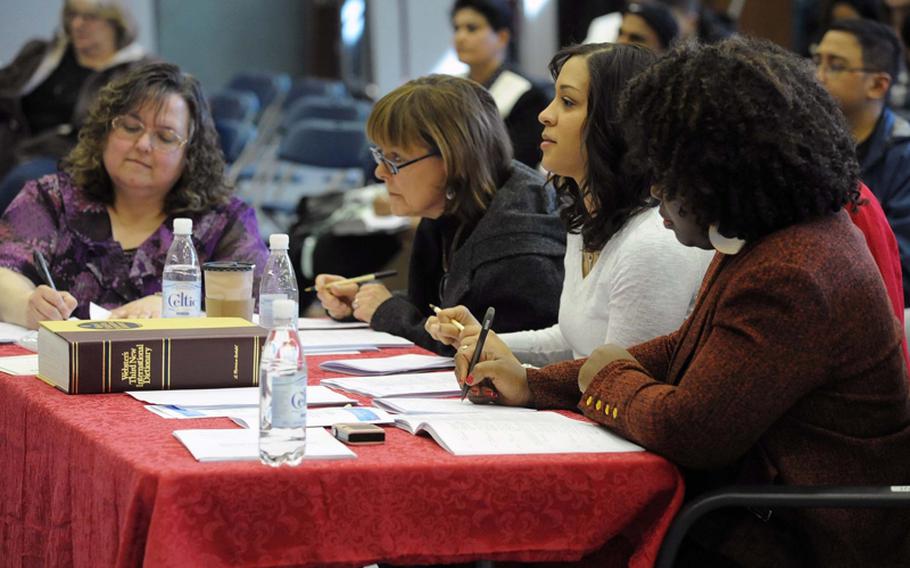 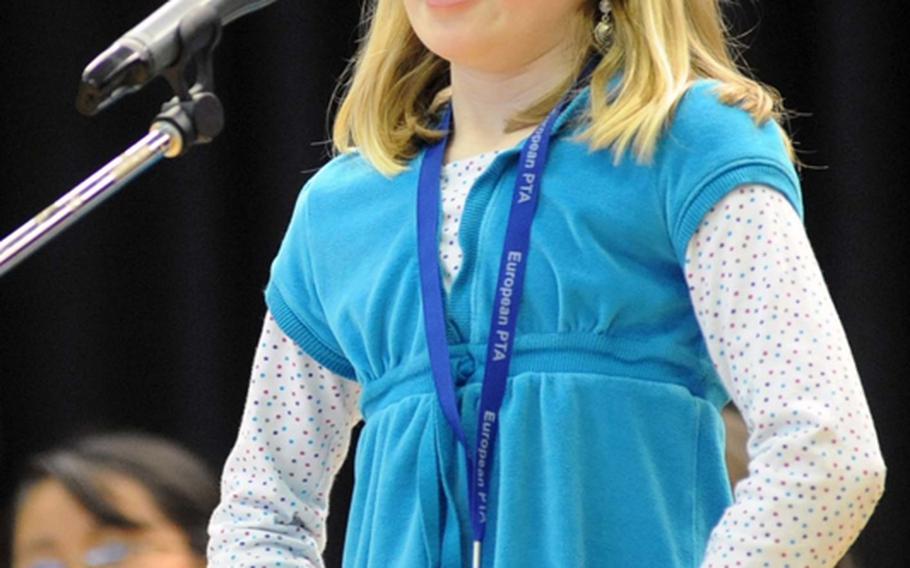 RAMSTEIN AIR BASE, Germany &mdash; A shy, soft-spoken third-grader came within two letters of winning the European PTA Spelling Bee on Saturday, but in the end lost out to a former runner-up.

Kayla had a chance to close out the contest but misspelled &ldquo;referendum&rdquo; by getting the next-to-last letter wrong. After experiencing his own vowel faux pas in trying to master &ldquo;monastery,&rdquo; Anuk came back to win in the 19th round when he correctly spelled &ldquo;fluoride.&rdquo; His championship word came after Kayla missed &ldquo;verbiage.&rdquo;

&ldquo;I always get nervous, even though my parents tell me not to,&rdquo; Anuk said afterward.

As was the case with last year&rsquo;s winner, Anuk prevailed after placing second the previous year in a stateside spelling bee that would have sent him to the national contest.

He said that going through the experience last year and being a year older helped this time around, but &ldquo;you can never be too sure of winning&rdquo; because of the randomness of the words contestants must spell.

Emotions can run high at these events. This year&rsquo;s bee featured 33 contestants, ranging in age from third- to eighth-graders.

Andrea Snoddy, a well-dress, third-grader from Grafenwӧhr Elementary School, raised an arm to cover her teary eyes as she left the stage after missed &ldquo;layette.&rdquo;

Later, Andrea sounded every bit her 8 years, invoking the word &ldquo;loser&rdquo; to describe herself, not realizing how well she had done to get this far. Her face brightened when she spoke of fellow competitor Katie Peters, a sixth-grader from Wiesbaden Middle School who told her not to let the sting of this bee linger.

During a 45-minute lunch break, prior to the last few rounds, Kayla was telling herself &mdash; with her mom&rsquo;s help &mdash; that she was &ldquo;already a winner.&rdquo; Kayla, 9, had to out-spell several hundred pupils at Naples Elementary School to reach the Ramstein contest.

Earlier in the contest, Kayla seemed shaky, wiping nervous tears away and occasionally making the sign of the cross. She often asked for clarification on words she had to spell.

Afterward, Kayla didn&rsquo;t seem to mind falling two letters short of nationals. She took solace in knowing that Anuk came in second once. That and she pulled from her blue jeans&rsquo; pocket a crumpled yellow napkin bearing an encouraging note from her mother, Suzin Lucas. It&rsquo;s sort of a tradition between the two.

&ldquo;I am so proud of you,&rdquo; this note read. &ldquo;You are wonderful and I love you so.&rdquo;