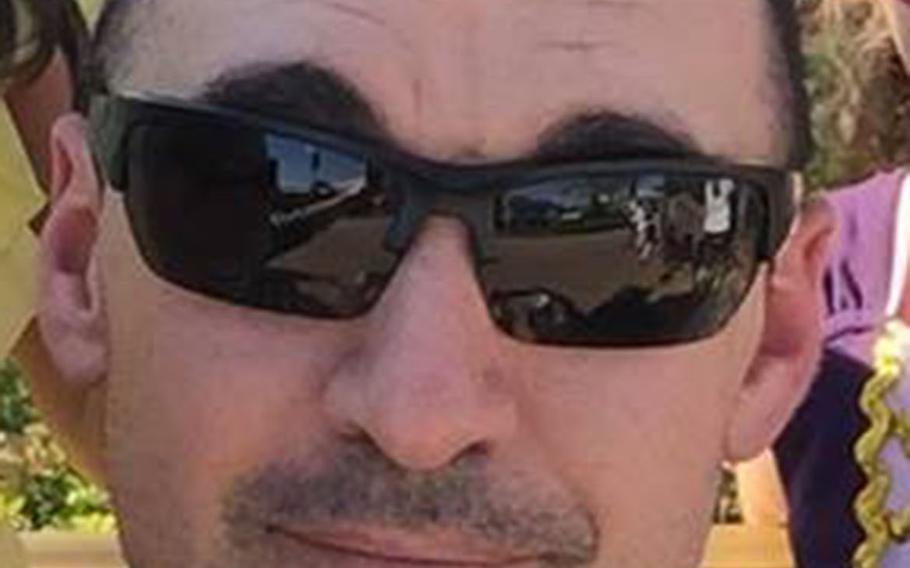 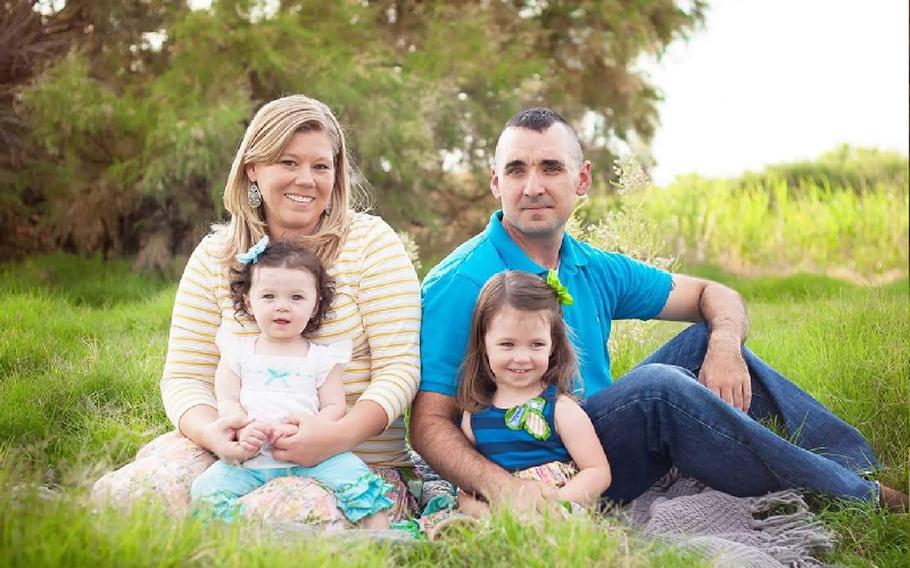 Army Capt. Daniel Doyle (posthumously promoted to major after his death) seen in a photo with his wife Cynthia and two daughters Emmalyn and Leah. (gofundme)

VICENZA, Italy — A National Guard captain found dead this month was apparently killed when a train struck him from behind, according to U.S. Army Africa.

Capt. Daniel Doyle, 32, temporarily assigned to USARAF, was apparently hit as he walked along the train tracks about 4 a.m. May 2 in the direction of his apartment, officials said.

His body was found three days later by Italian police in bushes by the tracks in an industrial area of west Vicenza, according to Jeffrey Alderson, a USARAF spokesman.

All the evidence at this point indicates that the death was accidental, Alderson said.

Doyle’s whereabouts became a matter of concern when he failed to show up for work on May 2. He had last been seen by Army officials getting into an Italian friend’s car after leaving post at about 9:30 p.m. on May 1, Italian labor day and a national holiday. He was later that night seen at a disco not far from where his body was found.

Doyle was a National Guardsman from Sarasota, Florida, two months into a six-month assignment with U.S. Army Africa’s operations section.

His remains were returned to the U.S. and turned over to his family on Thursday, said Alderson, who described him as a “model soldier.”

He leaves a wife and two young daughters.

“We are devastated and completely heartbroken!” his wife, Cynthia Mason Doyle, wrote on her Facebook page on May 5. “Today we learned that Dan will not come home to us the way we dreamed of. He was an amazing father to our girls and I will make sure they always know how much he loved them.”

Doyle is to be posthumously promoted to major and will receive a posthumous Meritorious Service Medal award, Alderson said.

Rail system fatalities occur regularly in Europe and the U.S. In 2015, the last year for which statistics were available, 1,739 people were killed or seriously injured in railway accidents in the European Union, according to European Commission data. Nearly all were hit by moving trains.

Of those, 101 deaths and injuries were in Italy. In the U.S., 827 people were killed by trains in 2014, according to a report in Scientific American.