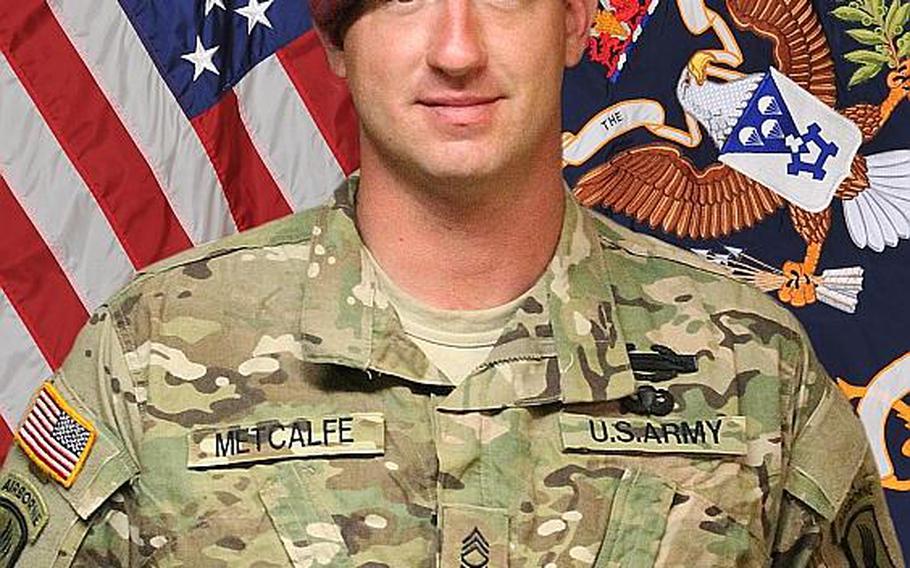 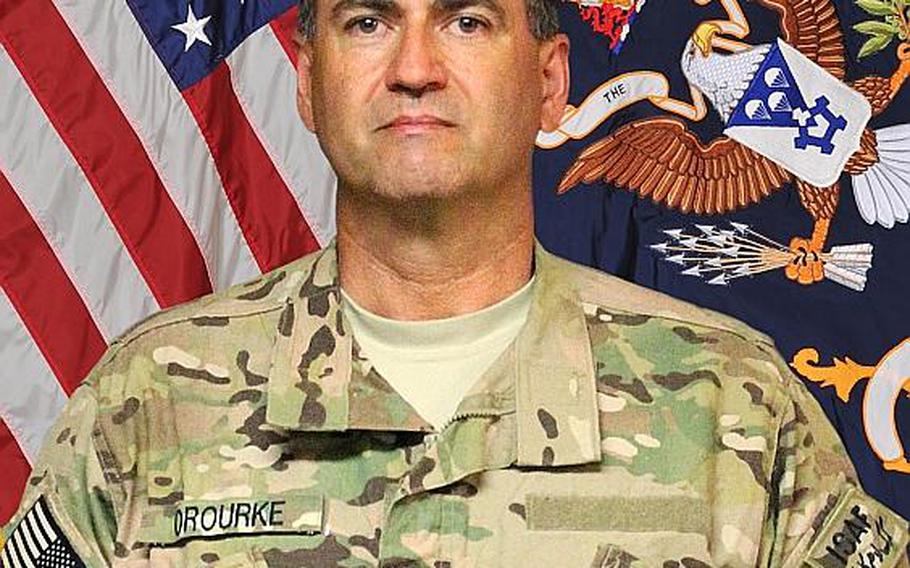 VICENZA, Italy &ndash; Sgt. 1st Class Daniel T. Metcalfe had longer and stronger ties to Vicenza than most of his peers.

He was serving his fourth combat tour with the 173rd Airborne Brigade Combat Team when he was killed Sept. 29 at the mouth of the Tangi Valley in Wardak province.

On Thursday, the military community remembered the latest member of the brigade to die. It also marked the passing of the first civilian based in Vicenza to be killed while serving his country in Afghanistan.

Metcalfe was married to an Italian, and almost two dozen members of her family attended the ceremony in the base chapel.

Killed in the same fight was Kevin O&rsquo;Rourke, a civilian contractor who served with the 2nd Battalion, 503rd Infantry Regiment as its law enforcement professional. O&rsquo;Rourke had arrived in Vicenza in February.

After retiring in 2003, O&rsquo;Rourke participated in relief operations in New Orleans after Hurricane Katrina and in Haiti after the 2010 earthquake there.

O&rsquo;Rourke later answered the military&rsquo;s call for law enforcement personnel to help train Iraqi policemen. In Afghanistan, he served as a civilian law enforcement adviser to the battalion.

Spc. Kyle Castrovinci, who served with him on an intelligence team and spoke at the ceremony, said he marveled at O&rsquo;Rourke&rsquo;s questioning suspects.

&ldquo;He was so skilled at interrogation that he turned it into an art form,&rdquo; he said.

Metcalfe, 29, who grew up in Rochester, N.Y., and attended airborne school, first arrived in Vicenza in January 2002. He served with the brigade on its rotation in Iraq, then deployed for two rotations in Afghanistan with Company A. He then became a drill instructor at Fort Benning, Ga., before returning to Vicenza in 2011, where he was promoted and became a Company D platoon sergeant.

&ldquo;Simply put, Sergeant Metcalfe was a stud,&rdquo; said Capt. Cris Gasperini, rear detachment commander for the battalion. &ldquo;The quintessential noncommissioned officer. When he wasn&rsquo;t training his men, he was playing with his kids.&rdquo;

&ldquo;Professionally, I could not ask for a better mentor and teacher,&rdquo; said Sgt. Zachary Johanns. &ldquo;And personally, he was a friend I could always count on.&rdquo;

In addition to his wife, Vesna, Metcalfe is survived by four children: Kalyn, 12; Alexis, 6; Edward, 3; and Nathaniel, 1. He is also survived by his parents, Tom and Sherri ; a brother, James; and a sister, Debi.

O&rsquo;Rourke, who died one month shy of his 53rd birthday, is survived by his mother, Loretta; his daughter, Kaitlyn; his son, Kevin Jr.; and girlfriend Jacquelyn.