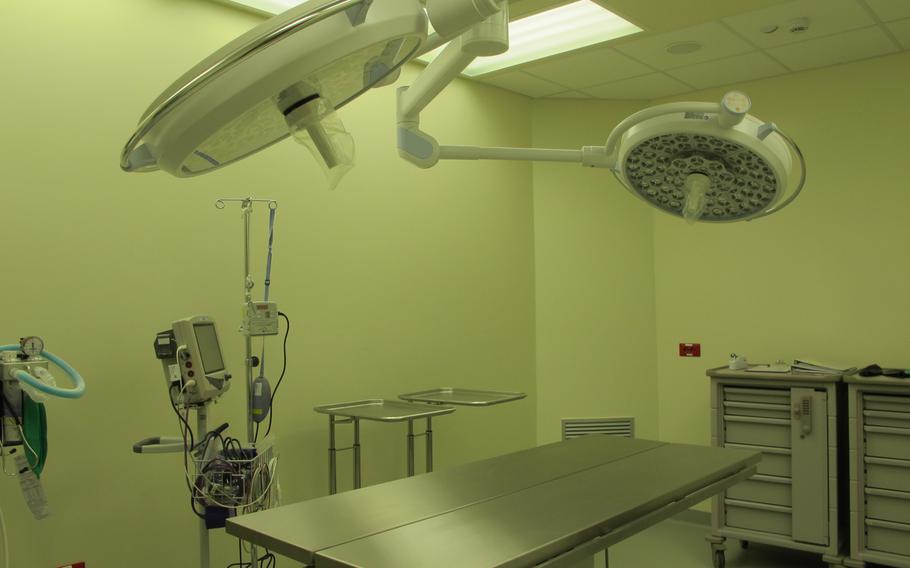 Buy Photo
The surgical suite at the Vicenza Veterinary Treatment Facility was part of the $1.2 million project to upgrade and move the facility to the Vicenza Health Center. The facility opened for business on Thursday. (Nancy Montgomery/Stars and Stripes)

Buy Photo
The surgical suite at the Vicenza Veterinary Treatment Facility was part of the $1.2 million project to upgrade and move the facility to the Vicenza Health Center. The facility opened for business on Thursday. (Nancy Montgomery/Stars and Stripes) 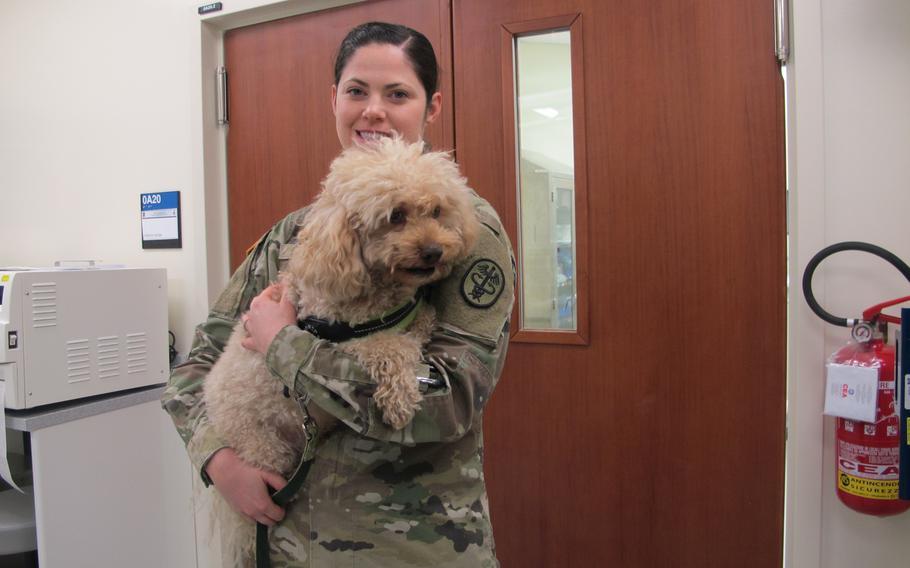 Buy Photo
Capt. Jennifer Silvers, one of the veterinarians at the Vicenza Veterinary Treatment Facility, holds Desi, a miniature poodle, during a grand opening tour of the facility on Wednesday. (Nancy Montgomery/Stars and Stripes) 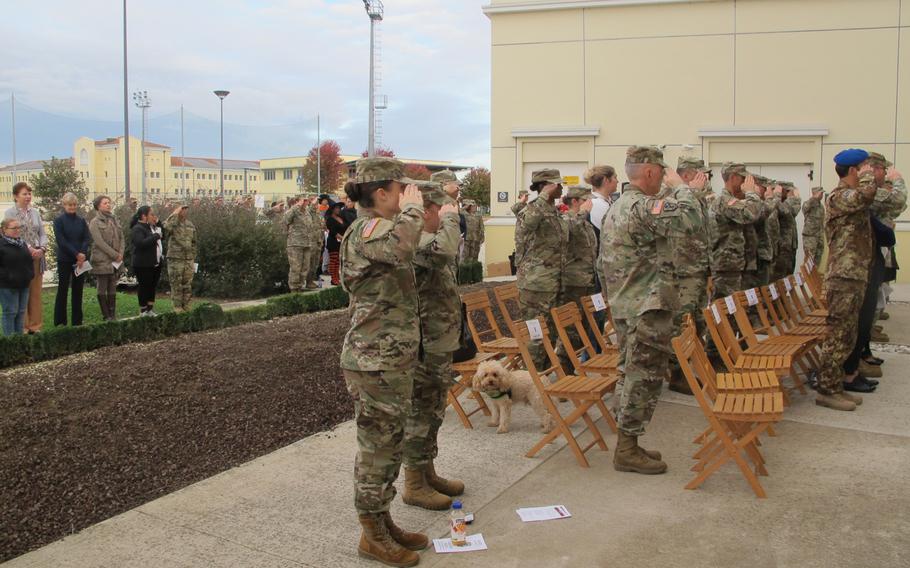 Buy Photo
Soldiers salute during a ceremony to open the new Vicenza Veterinary Treatment Facility at the Vicenza Health Center. Only one dog, and no cats, attended. (Nancy Montgomery/Stars and Stripes) 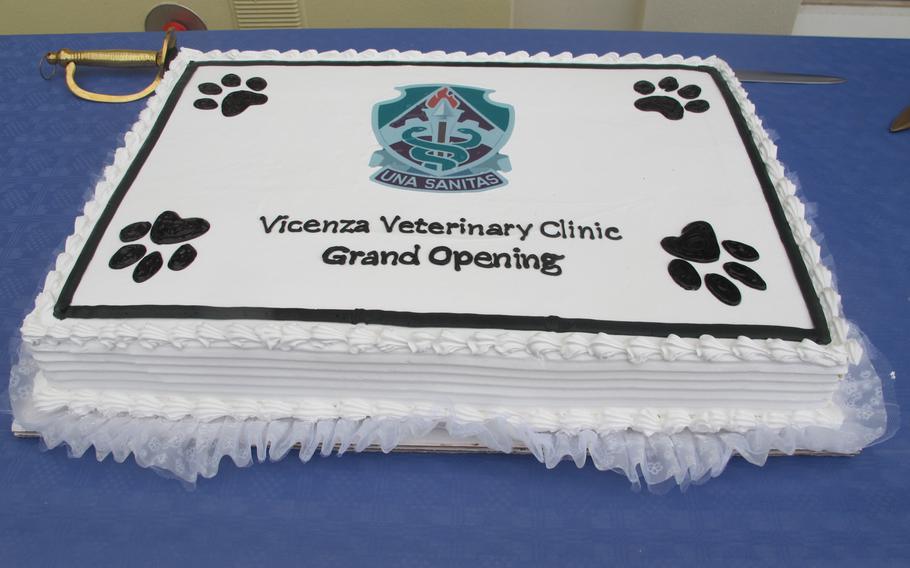 Buy Photo
A cake and sword are displayed at the opening of Vicenza's new veterinary treatment facility, located at the back of the garrison health center. Dog treats were also on hand, although a sign was confusingly posted reading "No pets allowed." (Nancy Montgomery/Stars and Stripes)

VICENZA, Italy — The Vicenza Health Center is once again providing surgery and overnight care to patients — but only if they have four legs and enjoy petting.

The Vicenza Veterinary Treatment Facility, long located about a 20-minute drive from Caserma Ederle, opened Thursday in its new location in the rear of the health center.

It’s the first time that a garrison has located veterinary care in the same building where humans get medical and dental care, health officials said.

The $1.2 million project has been in the works since 2014 when obstetrical care was discontinued. Pregnant American women were referred to local Italian doctors and hospitals, and space in the clinic opened up.

A grand opening to show off the new facility was held Wednesday, complete with ribbon-cutting, cake, dog treats, attendance by the USAREUR command surgeon and a chaplain’s prayer noting that according to scripture, God’s eye is on the sparrow.

The new facility is completely separated from the human part of the building and also has a separate entrance for military working dogs. It contains three exam rooms, an X-ray room, a kennel and a state-of-the-art surgical suite. There are also separate waiting rooms, with framed prints on the walls, for cats and dogs.

Currently, Army vets and technicians now have a list some 3,000 patients but expect that number to rise with the convenient new location and defectors from local Italian vets.

“That was the main complaint — it’s so far away,” Capt. Jennifer Silvers, also a veterinarian, said of the former location in the town of Longare. Especially during moves, when servicemembers often don’t have a car, getting the necessary documentation from veterinary services was a burden.

The facility will be open 8 a.m. to noon and 1 p.m. to 4 p.m. Mondays through Fridays, officials said, although it may be closed on Thursdays in the future for training.

The facility will provide a variety of medical and surgical services for pets. For humans, the center provides only two surgeries: vasectomy and circumcision.