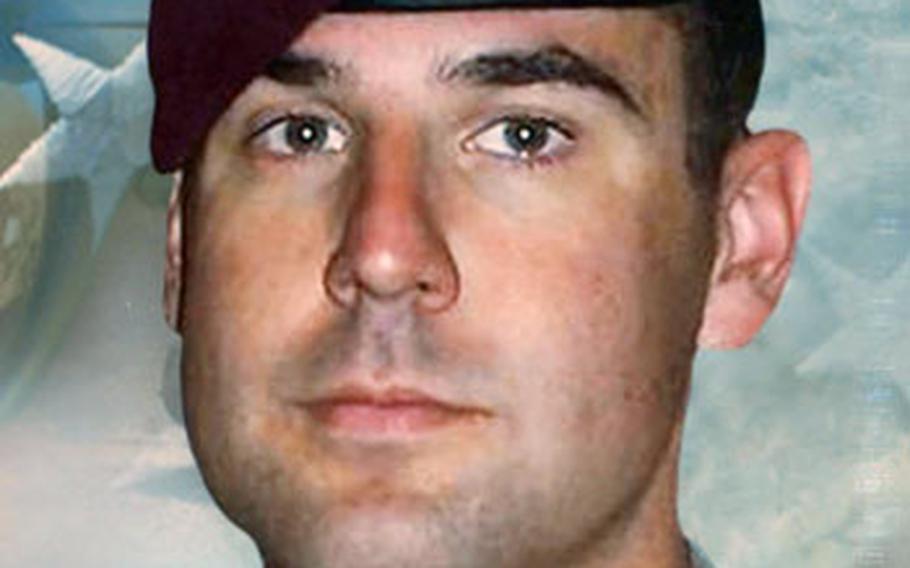 Dozens were left standing in the base chapel during a memorial service Tuesday for Sgt. 1st Class John Morton, a soldier his friend called &#8220;a sincere, honest man.&#8221;

Morton, noncommissioned officer for communications for the 74th Long Range Surveillance Detachment, was killed Thursday in a firefight in a mountainous region in southern Afghanistan. He&#8217;s the 18th member of the Vicenza military community to die since the Southern European Task Force (Airborne) took over operations in Afghanistan in March.

Sgt. 1st Class Jonathan Chance said of his friend: &#8220;As a soldier, John was a quiet professional. A role model. He never looked for glory, but was always glorious. He was a leader of men and a man of valor.&#8221;

The 31-year-old from Kentucky was also a husband and a father of three children: Joshua, 8, Scarlette, 6, and Olivia, 3 months.

Chance directed his final comments to the fallen soldier&#8217;s wife, who attended the service.

&#8220;If there were killers, bullies or terrorists in the mountains, John Morton was not the kind of man to just talk about them on the radio,&#8221; he said. Instead, he volunteered to hike into the mountains.

Shinners said others in the detachment stayed on that mountain for three days in wintry conditions before they found the person responsible for his death.

Shinners also said he didn&#8217;t want to attend another memorial service on Caserma Ederle. Most soldiers are expected to return to Italy in February or March.