VFW dilemma: How to keep young soldiers at the post after they’ve been off-base 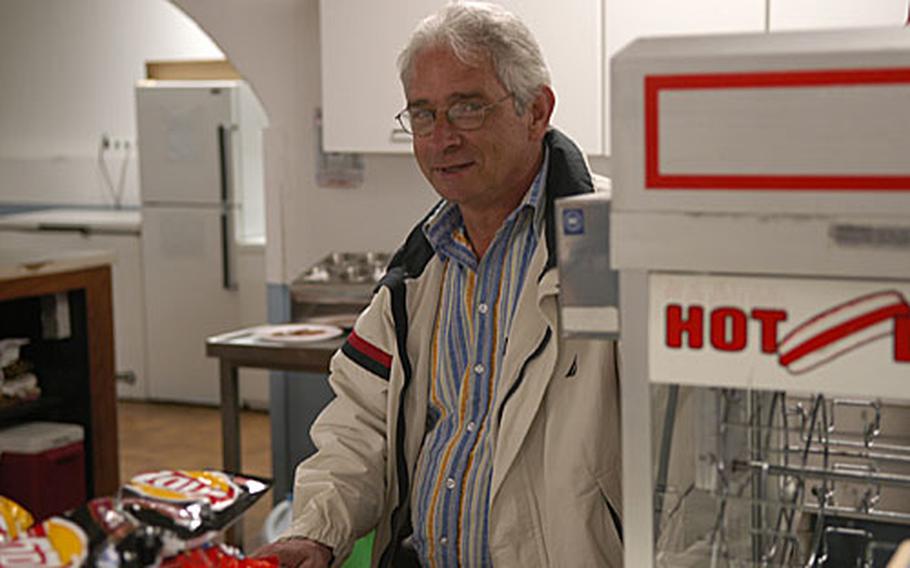 He wants to persuade young soldiers to hang out Friday nights at the new post of the Veterans of Foreign Wars rather than hit Baumholder&#8217;s rowdy downtown bar scene.

From now until the end of June, the post will open up on Friday nights to give soldiers a place to go.

Morrison, 47, could be facing a bit of an uphill battle in his quest to lure soldiers from the excesses offered downtown. The bars and clubs are a formidable attraction, Morrison acknowledges.

In December, the VFW moved from a base outpost to the heart of the garrison. The new facility, located next to the base movie theater and fast-food restaurants, includes satellite televisions, Xbox video games and plenty of space to lounge. The goal is to create more opportunities to educate soldiers about the VFW&#8217;s volunteer and lobbying work, Morrison said.

The Baumholder VFW post has about 600 members, though there are about 20 active participants.

Involving young people also has been a challenge for the VFW at the national level. The VFW has experienced a more than decade-long decline in membership. Slumping interest could mean less clout when it comes to lobbying Congress on important veteran issues.

&#8220;Getting new members, it&#8217;s certainly a challenge but the VFW isn&#8217;t unique in that respect,&#8221; said Jerry Newberry, VFW spokesman at the organization&#8217;s national headquarters in Kansas City. From PTAs to rotary clubs, volunteer groups constantly struggle to recruit members, he said.

VFW membership reached its peak in 1992 with 2.16 million members. After years of decline, this year there are signs that the numbers will stabilize and possibly increase, Newberry said. Today, there are about 1.8 million members.

Making the post the center of the community is what VFW leaders in Baumholder are trying to accomplish.

In Baumholder, home to the 1st Armored Division 2nd Brigade, many of the soldiers are just a few years out of high school, single, or just starting families.

In recent weeks, the VFW has been seeing an increase in inquiries from soldiers interested in joining, Morrison said.

One thing the VFW post can&#8217;t do is sell alcohol during its Friday night gatherings.