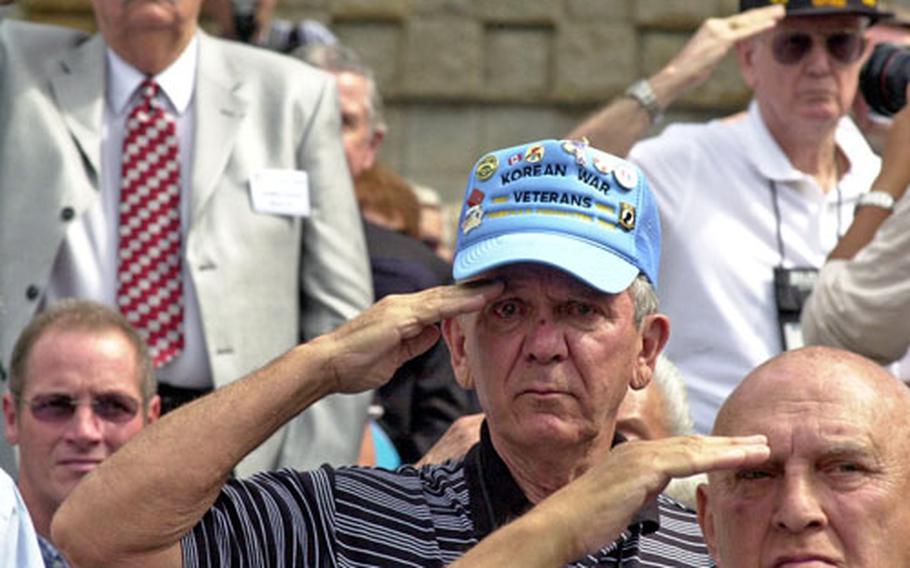 Former Sgt. 1st Class Joseph Barilec, with the 21st Ordnance MM Company during the Korean War, salutes during the national anthem at the 56th commemoration of the Inchon landing in Incheon city, South Korea, on Friday. (Erik Slavin / S&S)

Former Sgt. 1st Class Joseph Barilec, with the 21st Ordnance MM Company during the Korean War, salutes during the national anthem at the 56th commemoration of the Inchon landing in Incheon city, South Korea, on Friday. (Erik Slavin / S&S) 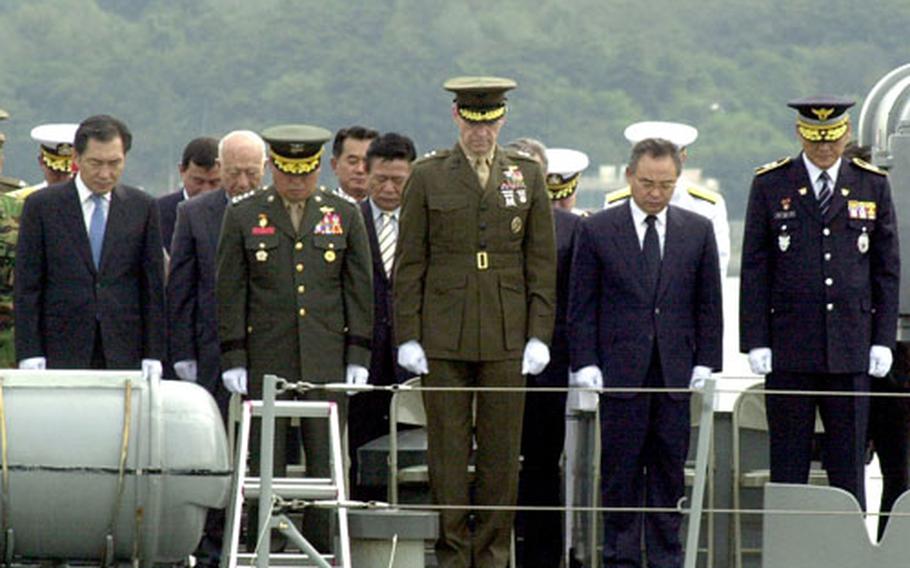 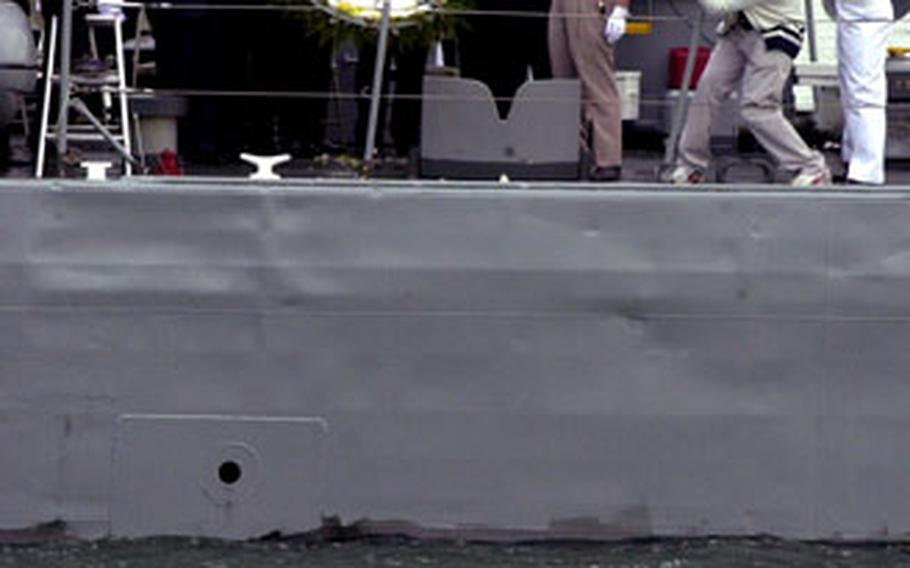 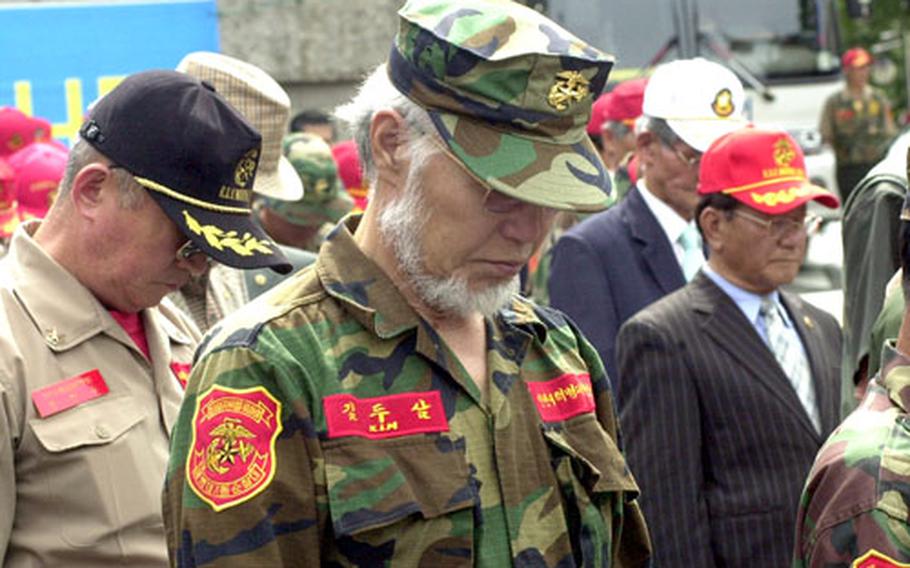 Norton never knew much about the Korean War until Friday&#8217;s 56th annual commemoration at the Inchon landing memorial, attended by hundreds of active-duty servicemembers and war veterans from the U.S., South Korea and Ethiopia.

The memorials began with two private ceremonies Friday morning around Incheon, which changed its spelling from Inchon in 2000.

The group then paid homage to war veterans at Gen. Douglas MacArthur&#8217;s statue in Freedom Park. Local politicians spoke out against civic groups who want to remove the statue, saying they had forgotten what he and other U.S. servicemembers had done for their country.

The ceremony at the Inchon memorial was open to the public, including hundreds of Americans who made the long journey from home.

It was the first time back since the war for men such as former 1st Lt. George Buck, a Silver Star recipient who once played dead all night after enemy soldiers overran Outpost Terry on June 10, 1953.

Buck was struck by a hand grenade and suffered injuries to his arm, leg and hip.

&#8220;A Chinese guard kept standing on my feet all night,&#8221; Buck said. &#8220;They would have killed me if I moved. They shot our executive officer and our commanding officer when they started to come to, although the CO lived.&#8221;

Buck said he was amazed at South Korea&#8217;s transformation from the wasteland he remembers to the rebuilt, thriving democracy of today.

Retired Air Force Col. Joseph Ward remembered when North Korean anti-communists were housed south of the Han River Basin amid total devastation. No one fighting was thinking about a future like the one Ward said he saw during this trip.

South Korean veterans formed the other half of the mutual admiration society Friday. Politicians, active-duty generals and veterans such as retired South Korean marine commander Lt. Gen. Kim Song-eun praised their counterparts for more than an hour.

&#8220;The Republic of Korea is free and prosperous, and this is because of U.S. citizens and the help they gave. It will be endlessly appreciated,&#8221; Kim said.