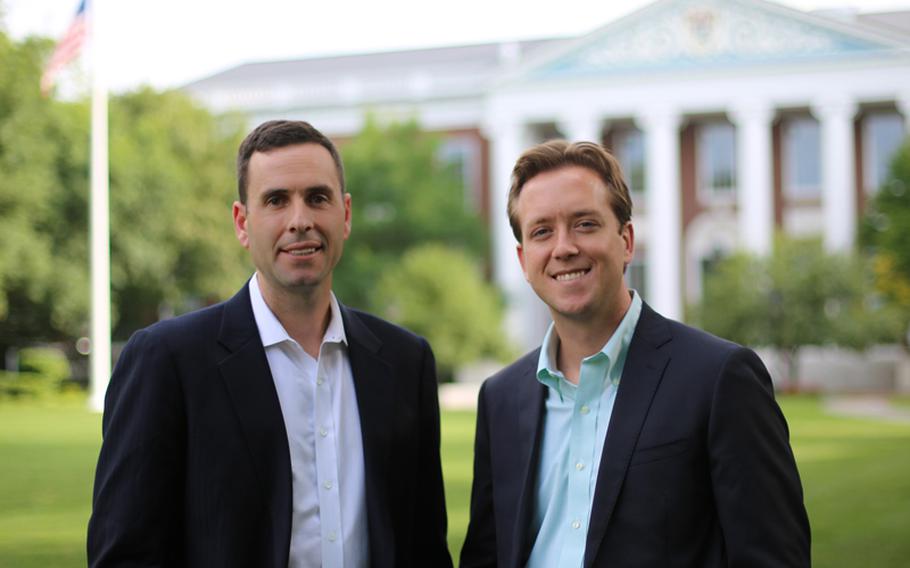 A group of former Army and Marine Corps officers has followed in the footsteps of fellow Harvard alumnus Mark Zuckerberg by launching a social media website.

But while Zuckerberg spawned Facebook for the general public, RallyPoint&rsquo;s developers say their creation is more like a military-only version of the professional networking website LinkedIn, which they hope will become a valuable career tool for servicemembers.

It went live on Veterans Day, mapping out 20,000 military units and allowing servicemembers to align themselves with the ones in which they have served. They also can associate their profiles with bases and countries where they have worked, military occupational specialties and other people in their career fields.

&ldquo;With RallyPoint, we are trying to make it much easier to map out your network within the military and see who you would like to connect with,&rdquo; said Tom Barr, a former active duty Marine captain involved in the project.

The website is the brainchild of Yinon Weiss and Aaron Kletzing, who met in 2008 while serving as Army officers in Iraq. They reunited last year at Harvard Business School, said Barr, who&rsquo;s advising the pair while he pursues his own MBA at Harvard on the GI Bill.

If RallyPoint attracts even a fraction of the interest garnered by Facebook, with 1 billion users, and LinkedIn, with 175 million, the former officers could be onto a good thing.

The website has no formal connection with the U.S. military, although it has the endorsement of former Army chief of staff George Casey, who RallyPoint lists as an adviser alongside other retired generals and business high-fliers.

Since security is important to servicemembers, RallyPoint encrypts all of the information sent between them and the site, he said.

Only members of the Army, Air Force, Navy, Marines or Coast Guard &mdash; verified through military email addresses &mdash; are eligible to join, although veterans and Department of Defense civilians can register to be contacted when additional services are available.

One facet of the website is the ability for users to network by area of expertise and track how their contacts are progressing in their careers.

&ldquo;You can see where they have deployed and which units they have been with,&rdquo; he said.

Five hundred servicemembers have been testing a beta version of the website since August and providing feedback to the developers.

One of them, Capt. Richard Becker, who is also studying for an MBA, through the Army&rsquo;s advanced civil schooling program at the University of Hawaii, said he checks RallyPoint daily and has connected with 25 servicemembers.

The communications officer, who served in Iraq in 2005-06, said one of his favorite aspects of the website is the &ldquo;RallyPoint Universe&rdquo; &mdash; a screen that links every unit in the U.S. military.

&ldquo;I can see soldiers I have served with in Korea, and some of them have gone on to work in the White House Communications Agency and the Army&rsquo;s 1st Space Brigade,&rdquo; he said.

Status updates are listed on the RallyPoint homepage, and it&rsquo;s easy to check out other users&rsquo; information by clicking on their profile. RallyPoint founder Yinon Weiss, for example, lists him as a member of the Rhode Island Army National Guard and a Special Forces officer who deployed to Iraq in 2002, 2003 and from 2007 to 2008 and received his last promotion, to major, in 1999. His profile says he speaks Arabic, Hebrew and French, has degrees in bioengineering and business and is interested in photography, Formula 1 motor racing, military history, and international travel.

Army officers typically network with personnel serving on the same base and keep in touch using email, but RallyPoint will simplify that process, Becker said.

For example, servicemembers using the website can see when their peers change jobs and, if they are interested and qualified, they can file requests through their chains of command to move.

&ldquo;I wish this was around when I was a cadet or a new lieutenant,&rdquo; Becker said. &ldquo;I could have used it to build mentorship relationships with people in the Army.&rdquo;