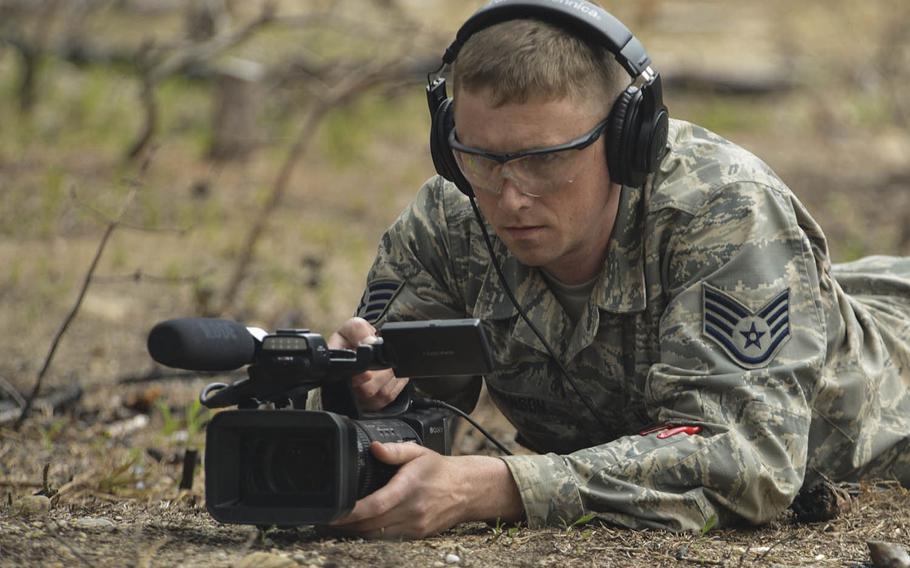 When former Navy journalist Zack Baddorf went looking for similar work in the civilian sector, he expected his experience and veteran status would open doors.

“I built a portfolio and got my bachelor’s. I thought it would translate well to the civilian work force,” he said. “As it turned out, I was wrong; it was a tough transition.”

Baddorf, who now works for the Department of Defense, and Russell Midori, a former Marine journalist, teamed up in May to form the nonprofit Military Veterans in Journalism. They aimed to help fellow former service members find work, but also increase the number of veterans working in the media.

Military Veterans in Journalism provides a network for vets as well as tips on finding civilian jobs, Baddorf said. More than 10 volunteers help run the organization.

“My co-founder, a former Marine, went through similar issues and we sat down and thought there had to be a better way, so we decided to do this,” he said.

Civilian newsrooms need former military journalists, Baddorf said. The United States has been at war nearly 20 years at a cost of more than 7,000 lives, about 50,000 wounded and billions in tax dollars. Veterans affairs — employment, health care and suicide, for example — create frequent headlines.

“Yet military veterans are vastly underrepresented in our nation’s newsrooms,” he said.

U.S. Census data show that about 7% of Americans have served in the armed forces, but only 1.1 percent of media workers are post-9/11 military veterans, Baddorf said.

With an average salary of under $35,000 a year for entry-level journalists, according to payscale.com, this is a career that’s more about commitment than income.

After her stint as an aviation supply specialist in the Marine Corps, Babee Garcia obtained a degree in journalism from Montclair State University in New Jersey.

“I was inspired at a young age by broadcast journalism, so I knew early on that this was the career path I wanted to take,” Garcia said Jan. 27 by phone to Stars and Stripes.

She contacted Baddorf last year and Military Veterans in Journalism raised money to send her college journalism team to the Edward R. Murrow Awards, where the team won a 2019 student award for excellence in video reporting.

“We won for a story we did in Puerto Rico in 2018,” Garcia said. “It was a great networking opportunity where I met David Begnaud, the lead national correspondent for CBS.”

The team won for a half-hour report on the aftermath of 2017’s Hurricane Maria. Garcia is now a volunteer with Baddorf’s organization.

Military Veterans in Journalism will host its first workshop in April in New York, Baddorf said. The event is designed for vets looking for a journalism career who have little or no experience in the field. The aim is to familiarize them with the tools of the trade and arrange for them to shadow working journalists.

The organization is also working to set up internships and scholarships for qualified veterans, Baddorf said.