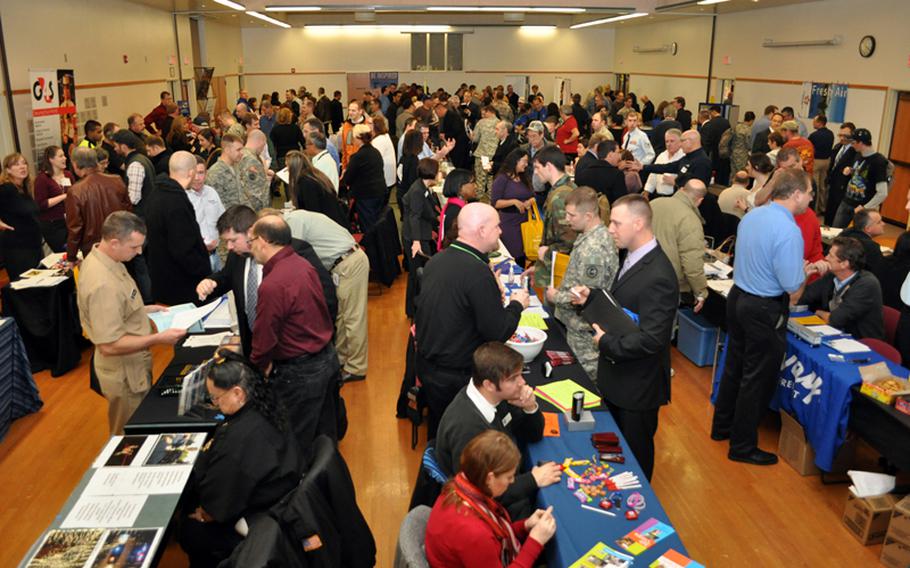 WASHINGTON &mdash; Nearly two-thirds of new veterans say they faced a difficult transition to civilian life, partly because of the bleak economic environment but also because they seem to be speaking a different language than the business leaders who might hire them, according to a survey on post-military employment released this week.

Eighty percent of respondents said they were looking for &ldquo;the right job,&rdquo; not just any job, but nearly half said they were unprepared for the move to the civilian workforce, according to the survey conducted by Prudential Financial and IAVA.

&ldquo;Expectations of people leaving the military are higher than reality. Not just in terms of, &lsquo;I&rsquo;m going to get this $100,000 job,&rsquo; but in terms of work and life blance, work environment, types of employee services are available,&rdquo; Tarantino said. &ldquo;That tells me we don&rsquo;t do a good job of training people leaving the military to look for work. We need to do a better job to set them up for success.&rdquo;

He stressed that it&rsquo;s less a matter of veterans overestimating their skills than it is miscalculating how their experience translates to nonmilitary jobs and how well business leaders comprehend what veterans can offer.

&ldquo;The civilian business community does not understand military service skills and how to translate them,&rdquo; he said. &ldquo;But they want to.&rdquo;

The Obama administration in July announced an overhaul of the military&rsquo;s Transition Assistance Program. The effort involves the creation of a &ldquo;reverse boot camp,&rdquo; a mandatory five- to seven-day program to educate departing troops on job skills, veterans benefits and personal finances. The administration has launched several other veterans jobs initiatives in recent months, including offering tax credits to businesses that hire veterans.

Tarantino said his group has gotten positive feedback on the development of the new TAP program. He&rsquo;s hoping that future research into precisely how military specialties prepare troops for specific post-military jobs will yield a resource for civilian hiring managers, something of a cheat sheet that puts military experience into understandable terms for those who have never worn the uniform.

The survey of 1,845 post-9/11 veterans found that 22 percent were unemployed, much higher than the numbers typically reported by the Bureau of Labor and Statistics. In December and January, the months the Prudential/IAVA survey was conducted, BLS reported recent veteran unemployment rates of 13.1 percent and 9.1 percent.

Tarantino said the sample sizes used in the newly released survey and in the monthly BLS numbers are so small that any percentage is likely to be inaccurate.

The challenge now, Tarantino said, is to help line up more closely the expectations of veteran job seekers and civilian employers.

&ldquo;The military gives you this amazing sense of purpose and ownership over your job,&rdquo; Tarantino said. &ldquo;You give 21-year-olds responsibility for the lives of up to 30 men and women. That is profound. When you leave at 27, 28, it&rsquo;s hard to not still want that.&rdquo;