Vets, baseball icons look back on battle for equal rights 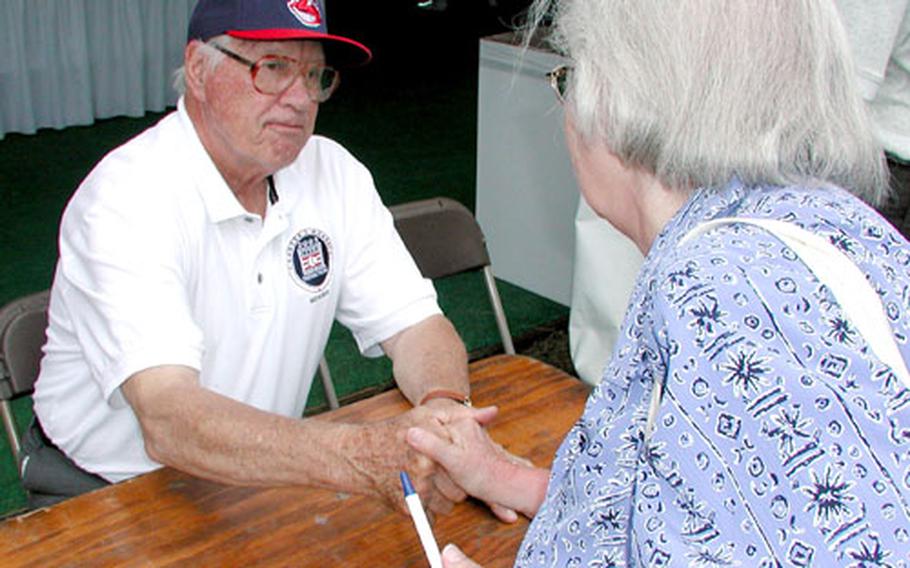 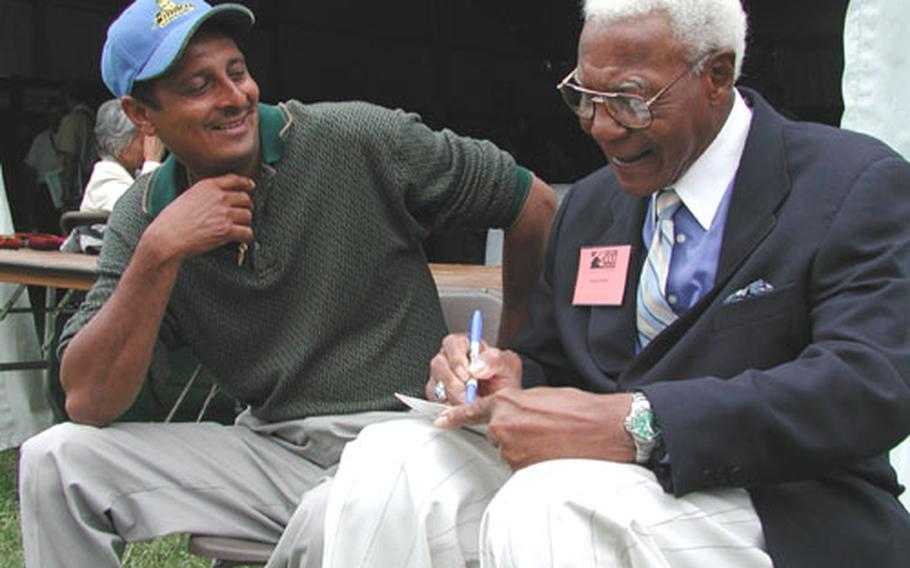 Buck O&#39;Neil, right, a World War II veteran who played baseball in the Negro Leagues and was the first African-American coach in the majors, signs an autograph for an admirer Sunday at the National World War II Reunion. (Joe Gromelski / S&S)

WASHINGTON &#8212; For baseball historians and World War II buffs, it was a triple play.

Three veterans who went on to become baseball icons delighted an audience of about 1,000 Sunday on the closing day of the nation&#8217;s tribute to &#8220;The Greatest Generation.&#8221;

Bob Feller, Monte Irvin and Buck O&#8217;Neil told stories of war overseas and more when they returned home to experience the opening salvos of the battle for civil rights.

Irvin, a star with the New York Giants in the early &#8217;50s, was drafted into the Army in 1943. He talked about landing on Omaha Beach some six weeks after D-Day and winding up in Paris for the end of the war.

Feller, who many argue had the fastest fastball in the history of the game, won 266 games for the Cleveland Indians despite missing four years to the war effort.

Feller was a &#8220;40 mm&#8221; gun captain on the USS Alabama, which brought supplies to the Russians in Murmansk and Arcangel, as well as seeing action in Tarawa, Saipan and Kwajalein.

O&#8217;Neil was in his thirties, he said, playing ball for the Kansas City Monarchs, when, thinking about the war, he realized &#8220;I got to go.

O&#8217;Neil, a Navy Seabee, was called to his commander&#8217;s office one night, where he was told that Branch Rickey signed Jackie Robinson to a professional baseball contract with the Brooklyn Dodgers.

All fondly remembered Robinson and his many talents.