Veteran who served during World War II, Korea and Vietnam to speak at VE Day ceremony in DC 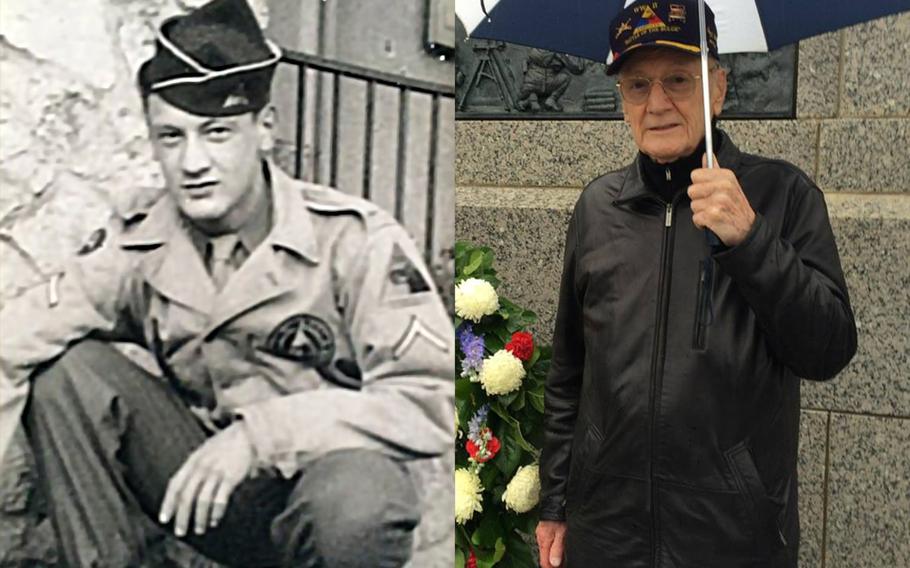 WASHINGTON – It was the bone-chilling northern European cold that Harry Miller faced as a teenager in the opening days of the Battle of the Bulge that the Army and Air Force veteran most prominently recalls about his 22-year military career that spanned three major wars.

The 90-year-old said he can still feel the frigid air on Dec. 19, 1944 when his 740th Tank Battalion faced down German tanks from the Nazi’s elite 1st SS Panzer Division in Belgium – forcing the Germans to retreat after destroying their three lead tanks with a trio of refurbished tanks that the Americans received just hours earlier.

“It was so damn cold -- ice and snow on the roads and the tanks would slide around,” Miller said Monday. “But we pushed them out of there. That’s the highlight of my service – the 740th Tank Battalion. That’s my first love.”

Miller joined the Army earlier that year at just 15 years old, lying about his age to join the war effort. He went on to serve 10 years in the Army, including a tour during the Korean War as part of Gen. Douglas MacArthur’s headquarters staff. He retired in 1966 as an Air Force senior master sergeant after serving 12 years in that branch, including helping plan bombing campaigns in the Vietnam War.

On Tuesday, Miller will speak at the World War II Memorial in Washington to mark the 73rd Anniversary of the Allied Forces’ victory in the European theatre during World War II. The ceremony is scheduled to begin at 11 a.m.

Miller, a Washington resident, will recall what it was like being in Europe when the war ended there – known as VE Day – and the short time his unit had to celebrate, as it moved into the Baltics to block Denmark from Russian forces, who were an ally in defeating Germany.

Orphaned at age 12 in Columbus, Ohio, Miller said he had little to occupy his time as the United States began to emerge from the Great Depression of the 1930s. But he was always impressed by the soldiers from nearby Fort Hays, and they inspired him to enlist.

“Every time they had a parade I’d see these guys, and I always wanted to be among them,” Miller said.

He never regretted his decision to enlist.

“I tell people in the military to stay in for as long as you possibly can,” he said Monday. “For me, I retired 52 years ago and I’ve never once, not for a moment, been sorry about my time in the military.”

Miller remained in Europe through 1948 when he was sent to Japan and eventually to Korea as a communications specialist for MacArthur, the top commander of U.N. forces defending South Korea.

Unlike in Europe, Miller’s job kept him away from the front lines for the most part. After completing his tour with MacArthur’s staff during the first year of the war, the soldier tried twice more to get orders back to Korea, but that was not to be.

After completing his second enlistment in 1954, Miller enlisted in the Air Force, where he would eventually be assigned to the communications staff for Strategic Air Command, the service’s headquarters that controlled its nuclear capabilities.

While Miller never served in Vietnam, he helped planned communications and cryptology for bombers during the war.

On Tuesday, Miller will be joined by some 50 other veterans of World War II and place a wreath at the World War II Memorial’s Freedom Wall to honor the more than 400,000 Americans and 60 million people killed worldwide during that war, the deadliest military conflict in human history.