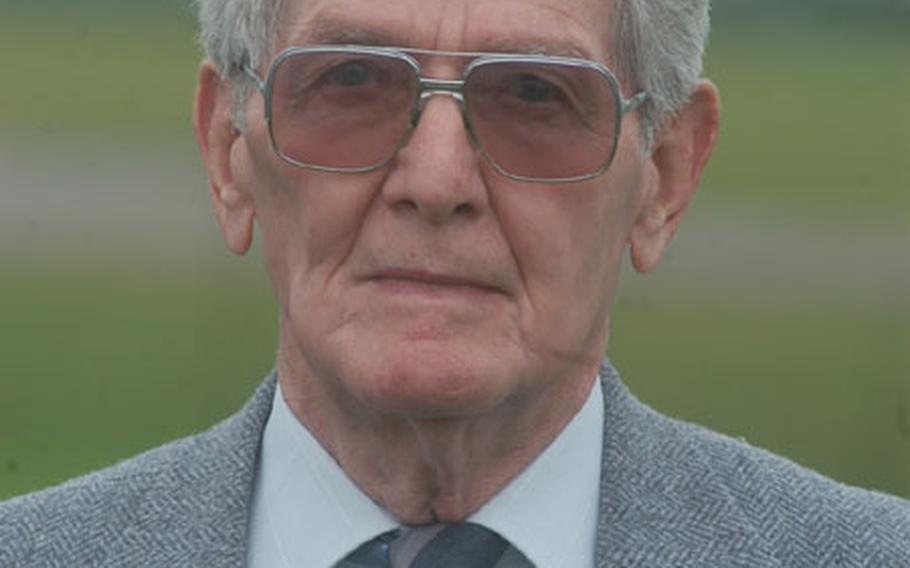 Hayden Richards flew a P-47 Thunderbolt on D-Day from a base at Duxford, England. He will spend the anniversary of the day at his former base. (Ron Jensen / S&S)

He spent D-Day flying hedgerow-high across the French countryside in his P-47 Thunderbolt named Judy looking for targets to strafe.

&#8220;The squadron flew three missions, most of which were to attack German airfields in France, in addition to rail lines, military vehicles &#8212; any target that would have been of immediate support to the Germans,&#8221; Richards said Friday afternoon at the Imperial War Museum at Duxford, England, home to one of the best airplane collections in the world.

Duxford was an air base during the war and home to Richards&#8217; 82nd Fighter Squadron, part of the 78th Fighter Group. Richards flew two of his 67 wartime missions on D-Day and he will spend this weekend&#8217;s anniversary of the event back at Duxford, where an air show Sunday will honor the veterans who fought on June 6, 1944.

Low-level strafing is a tough task. As Richards explained it, the aircraft itself is like a gun and the pilot aims it at the target. The closer the aircraft gets to the target, the steeper the dive must be.

Plus, he said, flying low presented the enemy with an inviting target.

Fate was kind to Richards.

His P-47 was named for his niece, the daughter of his brother Edryd, who was with the 3rd Armored Division during the war. Richards said he often wondered as he flew combat missions if Edryd was somewhere below him. The brother survived the war, but has since passed away.

Richards, who spent 23 years in the Air Force and retired as a lieutenant colonel, was supervisor of the Arizona Department of Insurance for another 23 years. He and his wife, Jean, a native of Wales, are in England this week instead of Normandy, where big celebrations are planned with thousands of veterans returning, because Duxford holds a special place for him.

He served at the base from May to September 1944. While there are many fond memories, there are sad and tragic ones, as well.

Richards doesn&#8217;t dwell on his wartime exploits. He packed a lot of flying into a short time overseas, but it was a long time ago and he has done much since.

But on this weekend, he said, it is hard not to recall one special day.