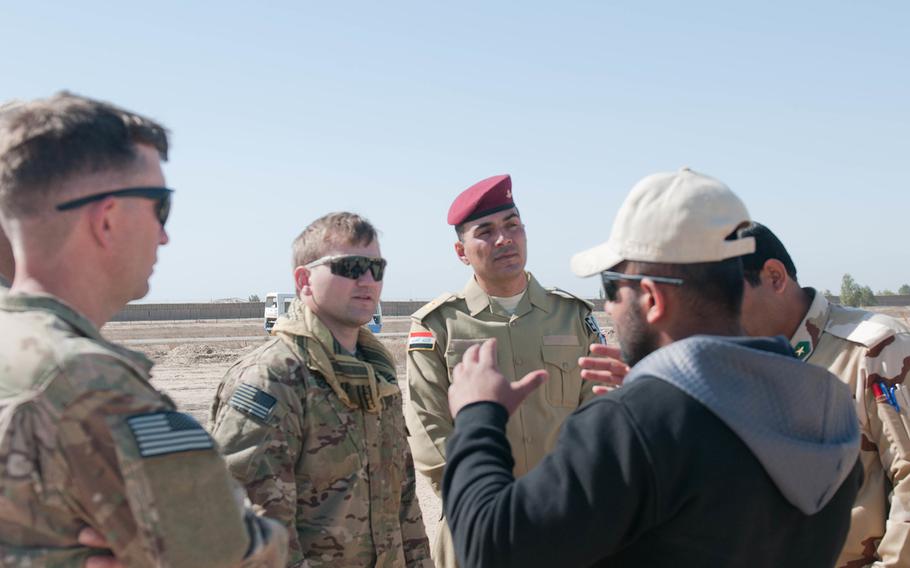 WASHINGTON – Four Iraq War veterans in the House are asking President Donald Trump to exempt Iraqis who assisted the U.S. military from his temporary ban on refugees and immigration.

The three Republicans and one Democrat, including longtime Trump ally Rep. Duncan Hunter, R-Calif., said they are concerned Iraqi allies who have risked their lives and are now seeking a safe haven in the United States could be overlooked under the controversial ban.

“These allies risked their own lives, as well as the well-being of their families, to advance America’s security interests in a region where their skill sets and willingness to confront extremism have been invaluable to mission success,” the congressmen wrote in the letter.

Hunter spokesman Joe Kasper said Tuesday morning that his office had not received a response yet from the White House.

Trump’s immigration order caused confusion and protests at airports over the weekend, and sparked an effort Monday by Senate Democrats to derail it. It also triggered outcry from veterans who fear it could dissuade Iraqis and other allies from assisting in the fight against the Islamic State group.

The order, signed Friday, is aimed at stopping potential terrorists and others who do not share American values from entering the United States. It bars refugees in general for four months and those from war-torn Syria indefinitely, and suspends for three months visits by citizens from Iraq, Iran, Libya, Syria, Somalia, Sudan and Yemen.

“In order to protect Americans, the United States must ensure that those admitted to this country do not bear hostile attitudes toward it and its founding principles,” according to the order.

U.S. forces have relied on Iraqis for their language skills and local knowledge during the past 14 years and a special visa program was created in 2008 to allow immigration.

The Pentagon said Monday it is compiling a list of Iraqi interpreters and others who partnered with the United States whom it thinks should be exempted from Trump’s order.

Pentagon spokesman Jeff Davis gave no timeline for the completion of the list but said it could be used to influence the Trump administration’s implementation of the immigration order.

“We are ensuring those who have demonstrated their commitment tangibly to fight alongside us and support us, that those names are known in whatever process there is going forward,” Davis said.

The group Iraq and Afghanistan Veterans of America said Monday that the order damages the United States’ ability to fight terrorism abroad and puts troops at immediate risk.

“The White House just sent a message to interpreters and other allies around the world: If you stand up to fight alongside Americans, there’s no promise of protection later,” Paul Rieckhoff, the CEO of IAVA, said in a released statement.