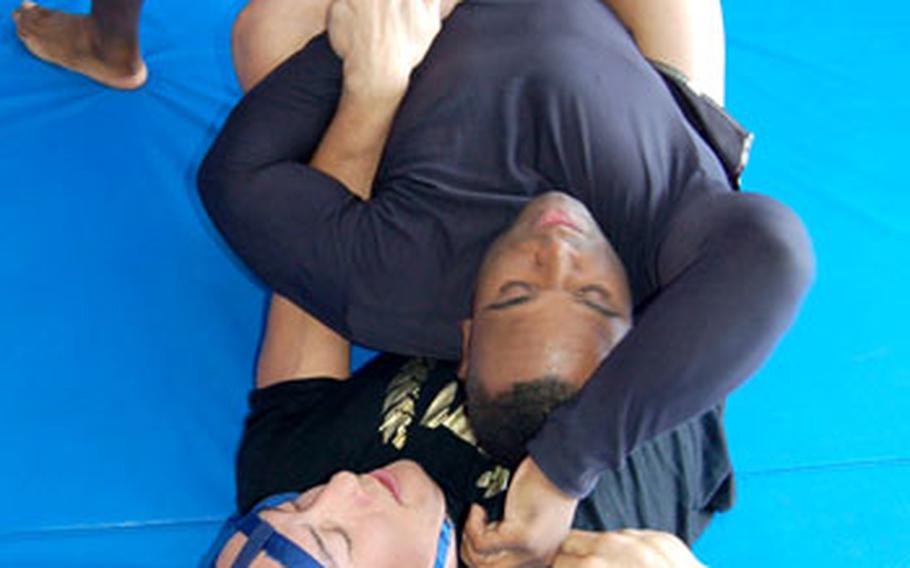 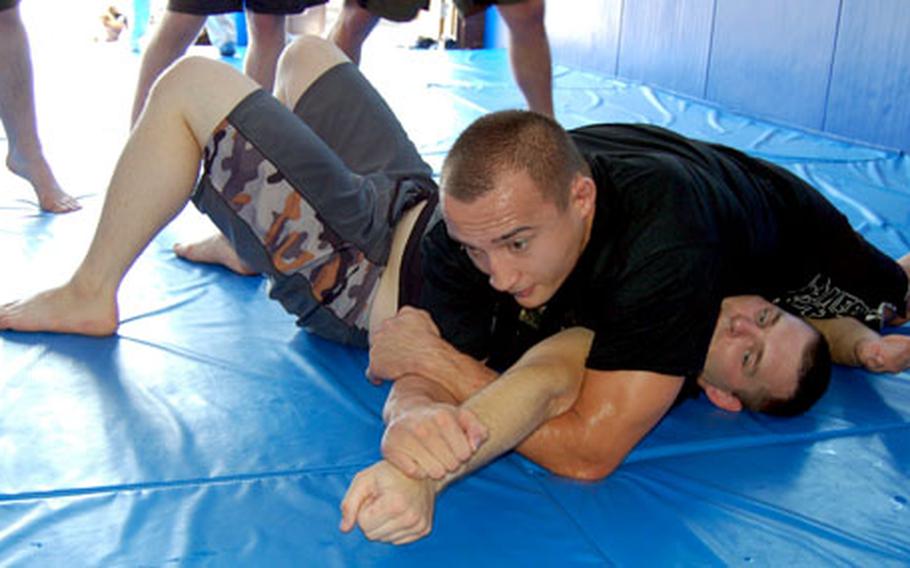 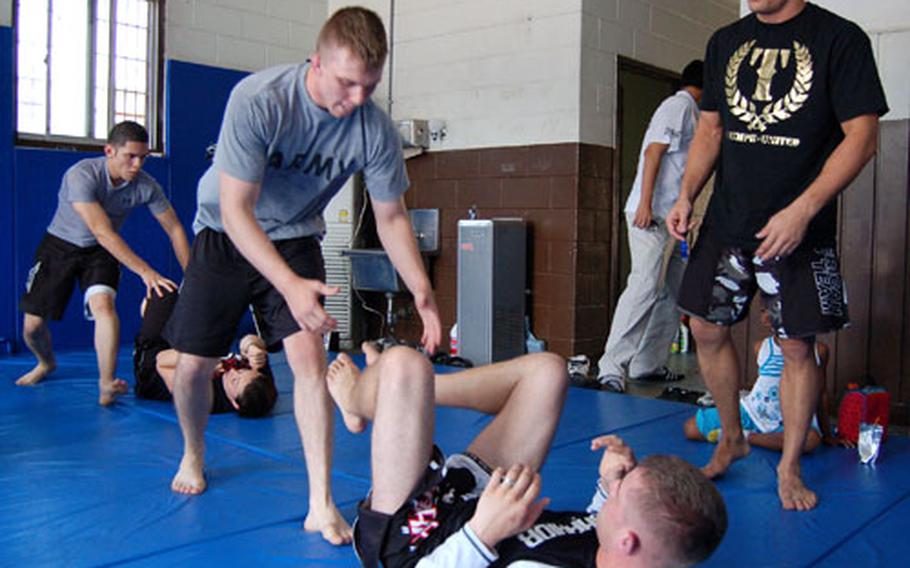 Denis Kang, standing right, coaches the Yongsan Combatives Team through a series of drills. Kang, a longtime friend of team coach Henry Jung, volunteered to spend two hours with members of the team to help them sharpen their skills. (Jimmy Norris / S&S)

SEOUL &#8212; Members of the Yongsan Combatives Team spent Saturday preparing for a Koreawide tournament by training with a professional fighter.

Team member Sgt. Ruben Covarrubias said he had asked team coach Henry Jung to invite Kang to help team members prepare for tournament-style mixed martial arts. In the later rounds of many Army tournaments, fighters progress from the grappling they are familiar with to limited striking.

"The moves are for different scenarios," Kang said. "What [soldiers] do is more for real life. What I do is a sport. But they still go hand in hand."

Kang, a veteran of Pride, K-1 and Dream fighting circuits, said he chose drills he used before his last match. He said he was pleased with the soldiers&#8217; progress during the session.

Members of the team said they felt the training would help them in future competition.

"We know all the basic moves, but he knows all the little nuances and details that perfect it," Capt. Phil DeAguilera said. "If you roll with a guy like that, even once, it&#8217;s going to improve your game."

The South Korea tournament &#8212; yet to be scheduled &#8212; will be the qualifier for an Armywide tournament, Jung said. Jung said he thinks most of the 10-person team has a good chance of making it past the qualifier and into the Army tournament. "I just wanted to give the team a chance to touch hands and spar with someone who is really good," Jung said.