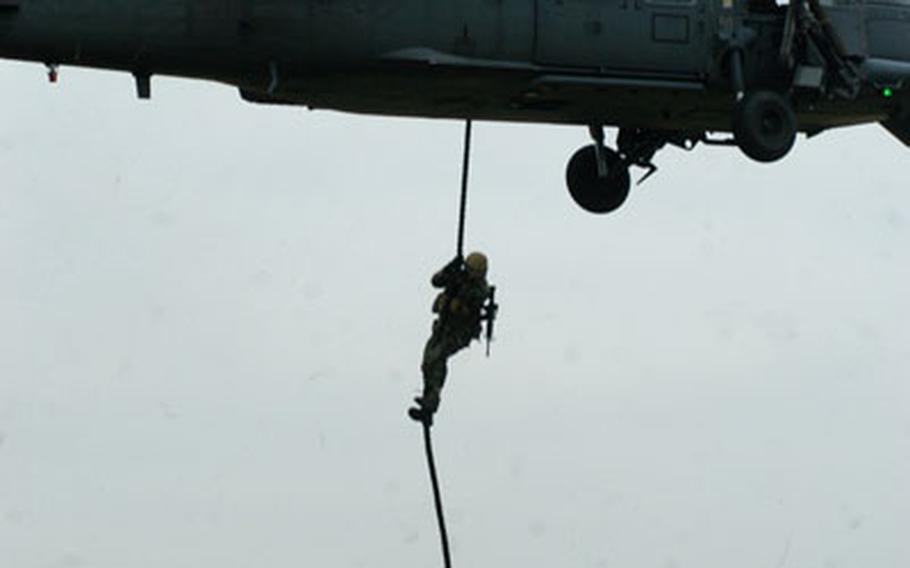 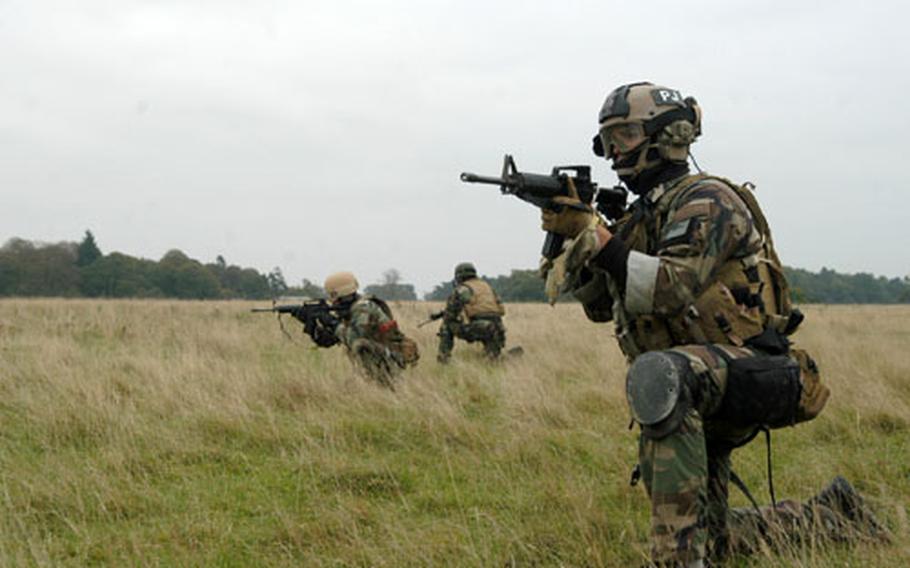 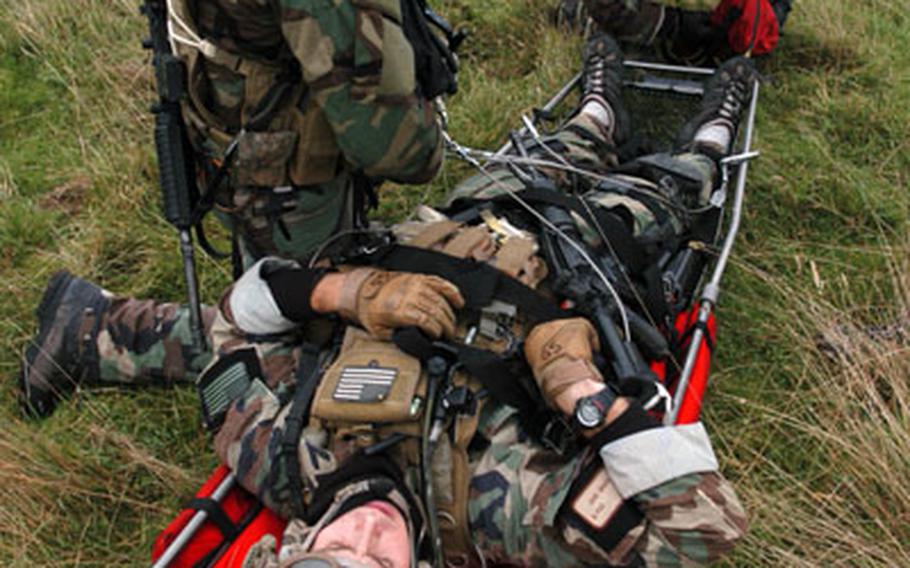 Pararescue jumpers strap Senior Airman Jake Groves into a Stokes rescue litter that was then lifted 50 feet above the ground into a HH-60G Pave Hawk helicopter. (Sean Kimmons / S&S) 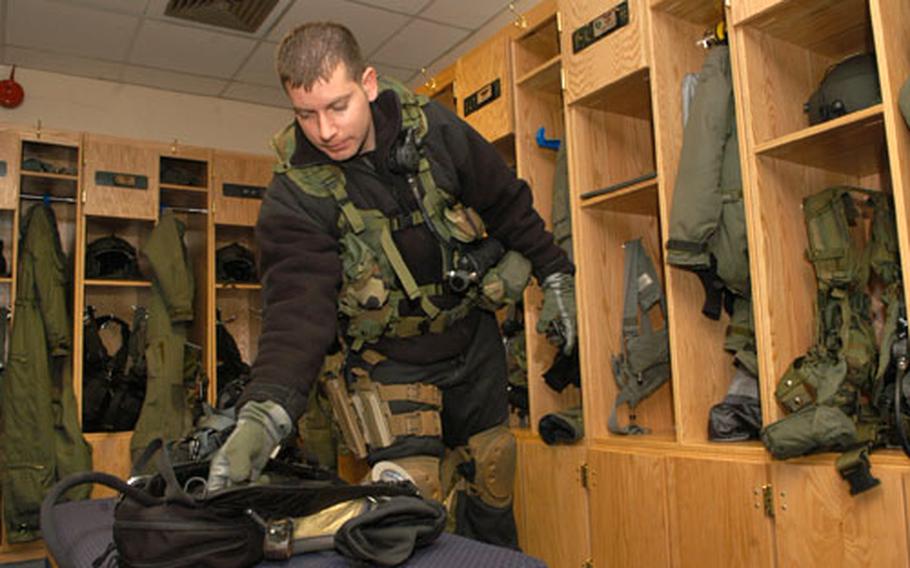 RAF LAKENHEATH &#8212; It wasn&#8217;t too big of a deal for these airmen to tactically maneuver in and out of an HH-60G Pave Hawk helicopter as part of a training mission over a grassy field in Norfolk.

Most airmen across the service would never have the pleasure to do something that high speed or even witness it throughout their careers. But it was second nature to this group of airmen, called pararescue jumpers, or PJs, from the 56th Rescue Squadron.

A PJ&#8217;s training regimen and real-world missions often are re-created in Hollywood &#8212; rappelling and diving under water, parachuting out of aircraft with a Zodiac boat, rescuing downed pilots or assisting in NASA missions in the open ocean. This is all part of their job description.

&#8220;Because we do it all the time, it&#8217;s not really a rush to me anymore,&#8221; added Vogel, although he admitted that he looks forward to skydiving out of a helicopter for the first time.

On Thursday, Vogel had to put his excitement about free falling out of a copter on hold as he and three other PJs practiced insertion-and-extraction methods at the Stanford Training Area, about a 30-minute drive from Lakenheath.

Some of the methods included a &#8220;fast rope&#8221; insertion, where the PJs quickly descended out of a hovering Pave Hawk about 40 feet down a thick rope. On another run, they rappelled from the same height, and then climbed back into the copter using a rope ladder.

To end the 40-minute training session, Senior Airman Jake Groves, a PJ, was strapped into a Stokes rescue litter and lifted 50 feet above the ground into the Pave Hawk&#8217;s side door.

The variety of training helps ensure that the PJs and Pave Hawk crewmembers can handle any type of rescue situation. And with the squadron being the only combat search- and-rescue asset within U.S. Air Forces in Europe, the opportunity to train takes on even more significance.

Soukup, a four-year Pave Hawk pilot, had to put his training to the test last year while deployed to Iraq with the 66th Rescue Squadron, out of Nellis Air Force Base, Nev.

His Pave Hawk was detailed to extract a crew from an Apache helicopter that had crashed due to weather. Unfortunately, the crew didn&#8217;t survive, he said.