Venerable ‘Warthog’ due for an upgrade 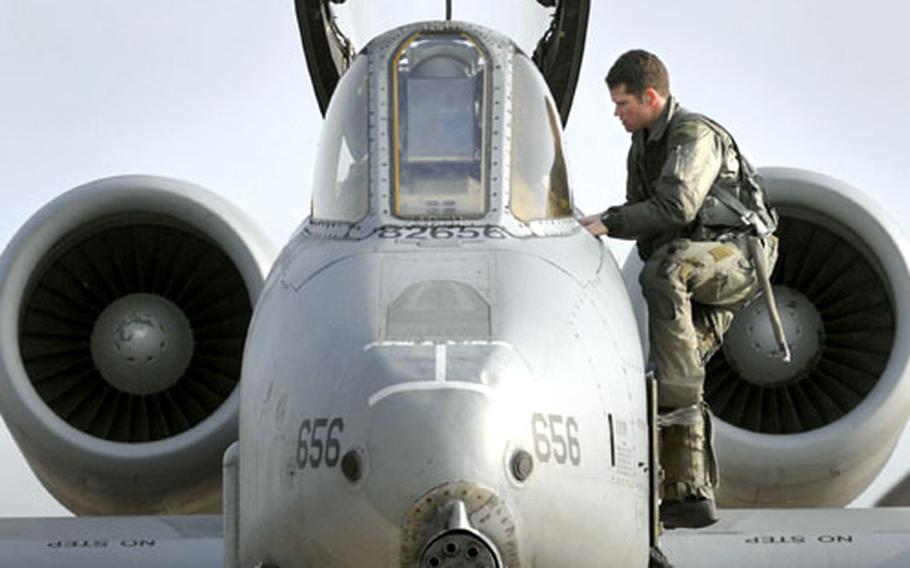 A pilot assigned to the 81st Fighter Squadron climbs into an A-10 Thunderbolt II prior to flying a local training mission out of Spangdahlem Air Base, Germany, in 2006. (Ben Bloker / S&S)

A pilot assigned to the 81st Fighter Squadron climbs into an A-10 Thunderbolt II prior to flying a local training mission out of Spangdahlem Air Base, Germany, in 2006. (Ben Bloker / S&S) 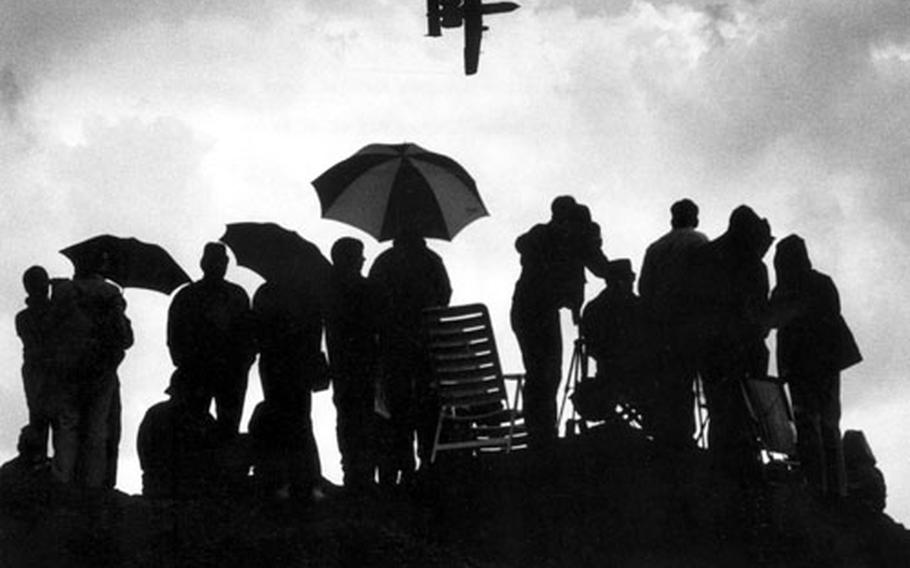 An A-10 anti-tank attack plane flies over spectators huddled under umbrellas near the runway during the annual Flugtag open house day at Ramstein Air Base in June, 1985. (Red Grandy / S&S)

The venerable attack plane is considered the ugliest in the Air Force. But there is probably no prettier sight to soldiers on the ground when they need air support in a hurry. The only Air Force plane designed for close-air support has become a workhorse in both Iraq and Afghanistan.

The Warthog is in for a major overhaul.

The military plans to spend $420 million to modernize the plane&#8217;s cockpit controls and improve the avionics and weapons. Additional improvements to extend the life of the airframe another 25 years could cost as much as $4.4 billion, according to a General Accountability Office report released in 2007.

The slow, lumbering plane is unique in the Air Force fleet. The first A-10 joined the inventory in 1977.

Although the plane&#8217;s survivability is legendary in aviation, the biggest threat the plane has faced has come from critics who have tried to retire it because it is too one-dimensional in an era of multi-role fighters. But its performance in Iraq and Afghanistan has proven its worth.

In Europe, the A-10&#8217;s average age of 26 is only surpassed by the KC-135 tanker and C-130E transport plane. The 81st is the only A-10 squadron based in Europe. Its first plane is going through what the Air Force calls &#8220;precision engagement modification,&#8221; which will considerably revamp the inside of the aircraft with new cockpit displays, a moving map and an improved stick that will give pilots more control at their fingertips.

Hogan, who has 3,300 flight hours in the A-10, said the changes will help boost the effectiveness of an already valuable airframe. He said there are two main reasons the A-10 is sticking around: its close-air support capability and its reliability.

Senior Airman Ryan Conversi, a crew chief for the oldest A-10 in Europe, has worked on the plane for the last five years. He said there is no plane he would rather work on in the Air Force. Maintainers love the Warthog as much as the pilots.

The harsh and dusty environment in Afghanistan hasn&#8217;t slowed the A-10 a bit.