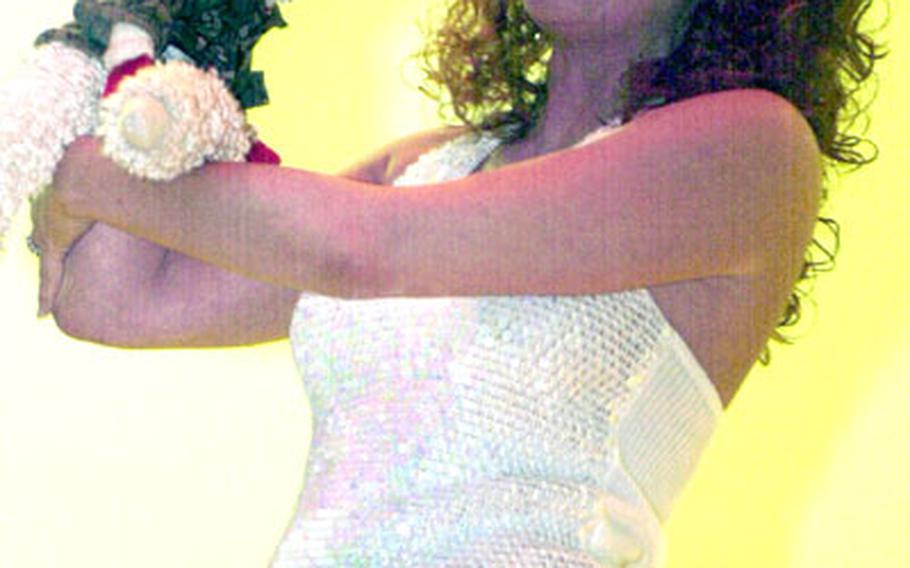 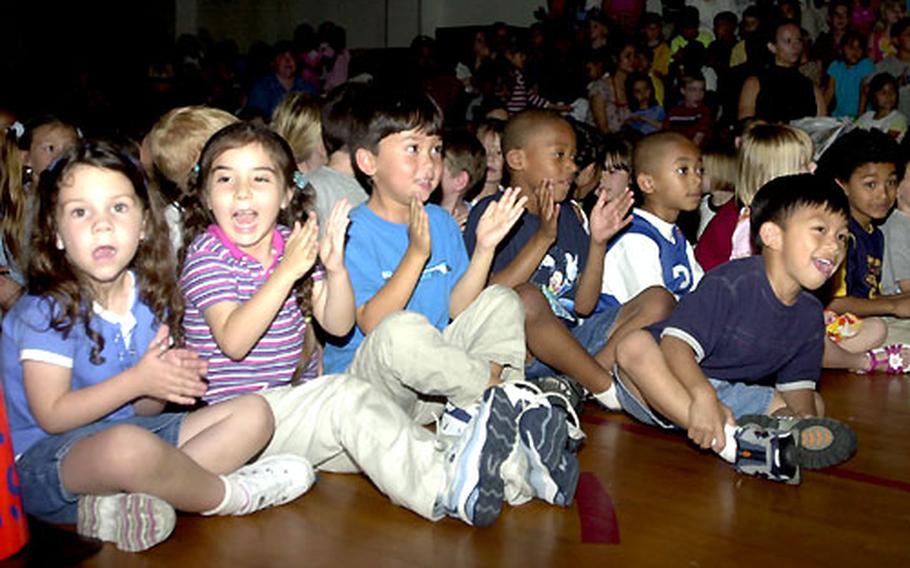 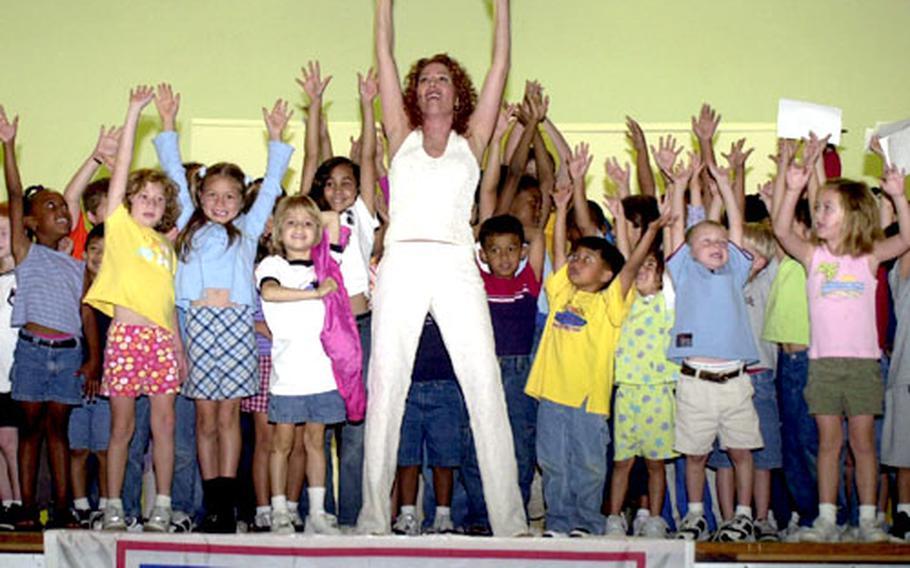 It wasn&#8217;t a cause for concern, but for smiles and laughter, as Mallory Lewis, daughter of the late Shari Lewis, brought her &#8220;sister&#8221; Lamb Chop and Zoey the orangutan to the school.

Students filled the gymnasium to see the performance, where they heard jokes and songs.

Lewis said she&#8217;s used to taking her show on the road but this was her first trip to Okinawa. She said she normally performs on cruises and at performing arts centers, but recently did shows at Lackland Air Force Base, Texas, and the Army&#8217;s Fort Irwin, Calif., and will perform later this month at Fort Hood, Texas.

Lewis has been on tour at all the installations with the United Services Organizations.

Performing for military families is important, Lewis said, because although they weren&#8217;t the ones who signed up for the military, they have to endure the hardship of the lifestyle.

Lewis is to perform primarily for students during her week on Okinawa, but she also will be treating adult crowds to a bit different show. Lamb Chop&#8217;s brother, Ram Chop, will be making several appearances to adult-only crowds.

Ram Chop and Lewis will make appearances at the Rocker NCO Club on Kadena at 7 p.m. Wednesday and the Butler Officers Club at 9 p.m. Friday. Lewis, Lamb Chop and Zoey will perform the kid&#8217;s show at Bob Hope Primary, Bechtel Elementary and E.C. Killin Elementary schools.

Lewis also is urging kids to have their parents log onto www.zoey.tv. She said the site would be registering military families to win a trip for four to the Royal Lahaina resort in Hawaii.

&#8220;My vision is a servicemember coming back from Iraq, seeing his family, and going to Hawaii with them,&#8221; Lewis said.