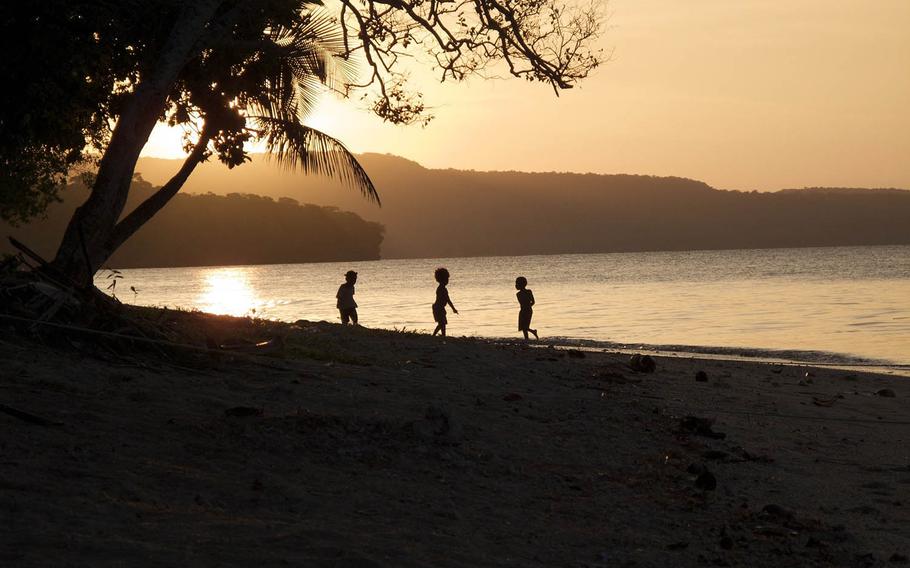 The Sydney Morning Herald newspaper reported this week that preliminary talks have been held concerning a Chinese military build-up on the South Pacific island nation of Vanuatu. (Courtesy of Pixabay)

The South Pacific island nation of Vanuatu is denying reports that it's talking with Beijing about building a Chinese military base on its territory.

The Sydney Morning Herald newspaper reported Tuesday that the governments held preliminary talks about a Chinese military build-up in Vanuatu and that the issue had been discussed at the highest levels in Canberra and Washington.

Former Vanuatu Foreign Minister Bruno Leingkone told Stars and Stripes in a phone interview that there hadn’t been discussions about a base, although China had recently committed to building a new official residence for Vanuatu’s prime minister.

Australian Foreign Minister Julie Bishop told the Australian Broadcasting Corporation that she was also unaware of Chinese military plans on Vanuatu, which is just over 1,000 miles east of Australia.

The denials won’t quell concerns over the communist nation’s efforts to grow its influence in the South Pacific. Vanuatu is among a number of Pacific nations receiving Chinese aid and investment and a member of a select few that support China’s claims in the South China Sea.

People’s Liberation Army Navy vessels have made recent port calls in New Zealand and Fiji, and some believe China wants to establish a permanent presence in a region where, according to Australia’s Lowy Institute, it has provided more than $2.3 billion in aid since 2006.

China has only one overseas military base — in Djibouti — but has gained leverage through loans for infrastructure projects in a number of other places where it might want to establish its forces.

It’s been suggested that a Chinese base in the South Pacific could outflank U.S. forces on Guam and slow efforts to bring in reinforcements to fight off an invasion of Taiwan.

“There are advantages to being present in that part of the world,” said Brad Glosserman, a visiting American professor at Tokyo’s Tama University.

Chinese forces in the South Pacific could monitor U.S. missile tests and Australian radars and gain diplomatic influence at the United Nations, he said.

“China has aspirations for an expanded role in the region and the world so we shouldn’t be surprised when the Chinese do something that would seem to advance that objective,” he said.

Australian national security consultant Ross Babbage said the influence of Chinese telecommunications firms in the region is also of concern.

“The intelligence implications of the Chinese supplying and operating telcom in the region are great,” he said. “Democratic states with intelligence capabilities should be talking to these countries about what they may be thinking and doing [and whether it’s] in their interests and our interests,” he said.