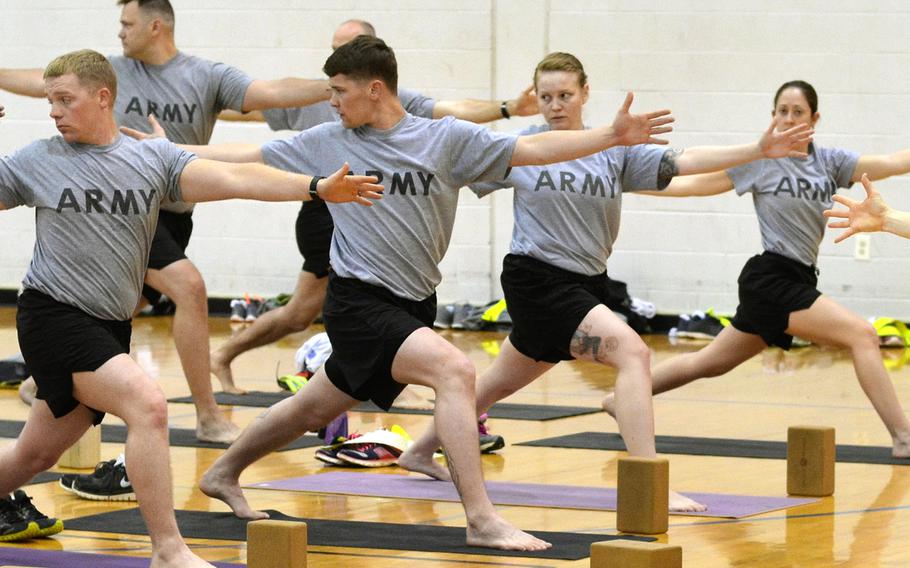 NAPLES, Italy — Revisiting a traumatic event in a therapy session can open a door to relief for those suffering from post-traumatic stress disorder. But confronting bad memories may not be the answer for everyone.

After years of emphasizing trauma-focused psychotherapy as a preferred treatment for PTSD, researchers and clinicians with the Department of Veterans Affairs are considering forms of therapy that steer clear of traumatic memories, including those focusing on mindfulness.

Although relatively new and backed by less research than other therapies, the treatments could expand practitioners’ options and could offer patients a greater say in their care, a top VA clinician said. That, in turn, could lead to better outcomes.

“I think the coming years will be a maturation of the field, the realization that there’s more than one door,” said Harold Kudler, chief consultant for VA Mental Health Services.

Since 2008, the VA has largely recommended therapies that focus on trauma. Among the most common is cognitive-processing therapy, or CPT, which pushes patients to readjust their associations with negative memories. Another, prolonged exposure, seeks to reduce the power of a negative memory by having the patient confront it repeatedly.

A study published this month in the Journal of the American Medical Association suggests a number of new possibilities. VA researchers in Minneapolis found that a group of PTSD patients enrolled in a program with yoga and breathing meditation over nine weeks reported greater improvement in symptoms than their counterparts in a control group that taught coping skills.

“It demonstrates that we can have another important arrow in our quiver,” Kudler said of the study. “Because there are many people who aren’t ready to do these kinds of (trauma-focused) therapies.”

Alternative therapies likely will receive more discussion next year as the VA begins work on an updated set of guidelines for PTSD treatment, Kudler said. The publication, a collection of research and clinical studies with recommended treatments, affects thousands of veterans and servicemembers by educating the practitioners who see them.

The VA recommends trauma-focused treatments like cognitive-processing therapy and prolonged exposure because they are considered evidence-based, meaning the substantial weight of research shows they relieve symptoms of PTSD, said Paula Schnurr, executive director of the VA’s National Center for PTSD.

“Right now, a person’s best chance of having a meaningful improvement in PTSD, in remission, in getting relief, is with the trauma-focused therapies,” she said.

But engaging and retaining patients in such therapies has been a challenge. A recent Minneapolis VA review of cases for a large sample of veterans offered cognitive-processing therapy or prolonged exposure found that roughly 50 percent never began or dropped out of their program.

Some patients simply may not be ready for intense psychotherapy, Kudler said, a consideration often overlooked by therapists.

“I think in the rush to do good and the belief in what they do, you’ll hear, ‘Well this is good therapy, you should do this,’ ” Kudler said. “The part that is missing is the patient. Therapy is about the patient. Working with veterans is always about the veterans.”

As mental health care for veterans moves toward a patient-centered care model that emphasizes patient preference, clinicians will need more options at their disposal, Kudler said, even if that means getting ahead of the science and using alternative treatments.

The researchers in the mindfulness-based stress reduction study noted the tentative nature of their findings, calling them “promising” but in need of validation by further studies. Schnurr has authored a forthcoming study on a different mindfulness-based treatment, called acceptance and commitment therapy, that shows patients received no more relief from PTSD symptoms than those in a control group.

To date, little research has been done into matching therapies with patients, Schnurr said. For example, the needs of a Vietnam veteran with a history of abuse as a child may differ than those of another patient. “Right now, I think patient preference is incredibly important because we don’t have the science to know if a particular treatment will benefit them,” she said.

For Kudler, trauma-focused therapies are still the best options for patients. But the clinical side of mental health care has a long history of flexibility, he said.

“We won’t, and needn’t, wait for science to say different treatments will work better for certain patients,” he said.