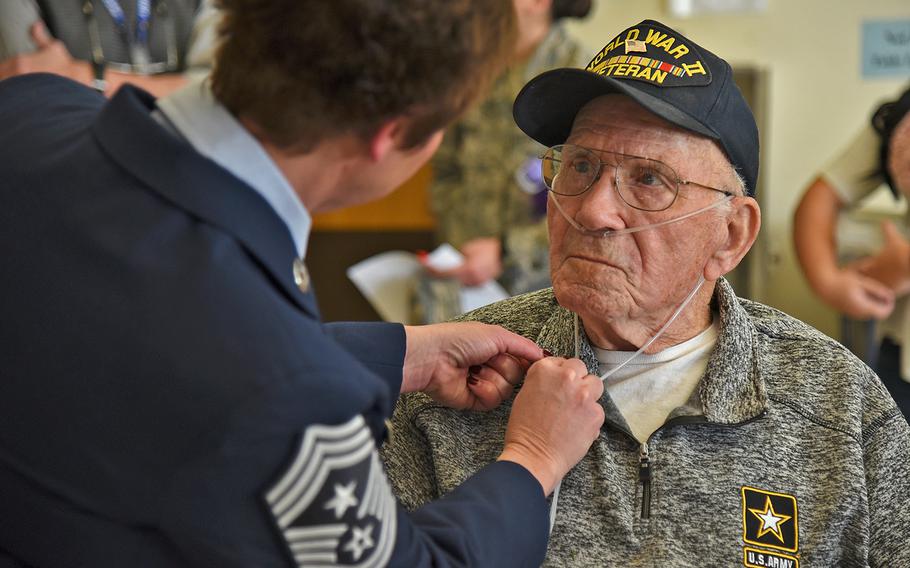 This story has been updated to add a comment from the VA.

WASHINGTON — A Department of Veterans Affairs watchdog has discovered the agency spent about $10 million in unwarranted medical exams for military veterans, and warned another $101 million could be lost from similar procedures in the next five years.

“While re-examinations are important in the appropriate situation to ensure taxpayer dollars are appropriately spent, unwarranted re-examinations cause undue hardship for veterans,” the inspector general said in a report released Tuesday. “They also generate excessive work, resulting in significant costs and the diversion of VA personnel from veteran care and services.”

The 25-page report is the latest indication of wasteful spending at the VA, a concern that has long plagued the agency.

In its latest findings, the VA inspector general said Veterans Benefits Administration employees did not consistently follow policy to request the follow-up exams only when necessary.

The VA watchdog reviewed a sample of 300 follow-up patient exams from March 2017 through August 2017 and found 111 of the exams were unwarranted. Based on that sample, the watchdog’s review team estimated an overall 37 percent — or 19,800 patient exams — of the total 53,500 conducted during the same six months were unneeded evaluations.

The unneeded patient visits were valued at an estimated $10.1 million, which is comprised of $5.3 million spent for the Veterans Health Administration clinicians and $4.8 million to pay contractors, the VA watchdog report reported.

At such a pace, the Veterans Benefits Administration, or VBA, is now on track to waste $100.6 million on similar exams in the next five years, the report stated.

That is, “unless it ensures that employees only request re-examinations when necessary,” the report states.

Of the 19,800 veterans who underwent the unneeded exams, 14,200 of them saw no change to their disability evaluations. Of the 14,200, an estimated 3,700 veterans saw proposed benefit reductions, which remained subject to a final decision and appeal process before the VA watchdog completed its report.

The nonessential exams also created additional workloads for VA workers, according to the watchdog report.

A Veterans Benefit Administration policy requires a review of a veteran’s claims to determine whether a follow-up exam, or re-examination, is needed. The review serves as a control to prevent pointless follow-up exams.

But the VA inspector general said it found a vast majority of the 19,800 veteran patient exams last year — 78 percent — didn’t get a pre-exam review, with those cases referred for medical visits instead.

A series of factors should have prevented many of these unnecessary follow-up exams from occurring, such as the presence of a permanent disability that showed no signs of improving and cases involving patients who were older than age 55, the report stated.

VA spokeswoman Paula Paige said the agency wants to ensure all veterans receive the benefits to which they are entitled under the law “in an efficient and accurate manner.”

“VA will establish internal controls regarding re-examinations, improve business processes, prioritize the design and implementation of technology enhancements, and enhance quality assurance and improvement,” she said.

The agency concurred, at least in part, with all four of the watchdog report’s recommendations.

The full report can be read on the VA website.