VA vows to improve efforts to warn of poor-performing doctors 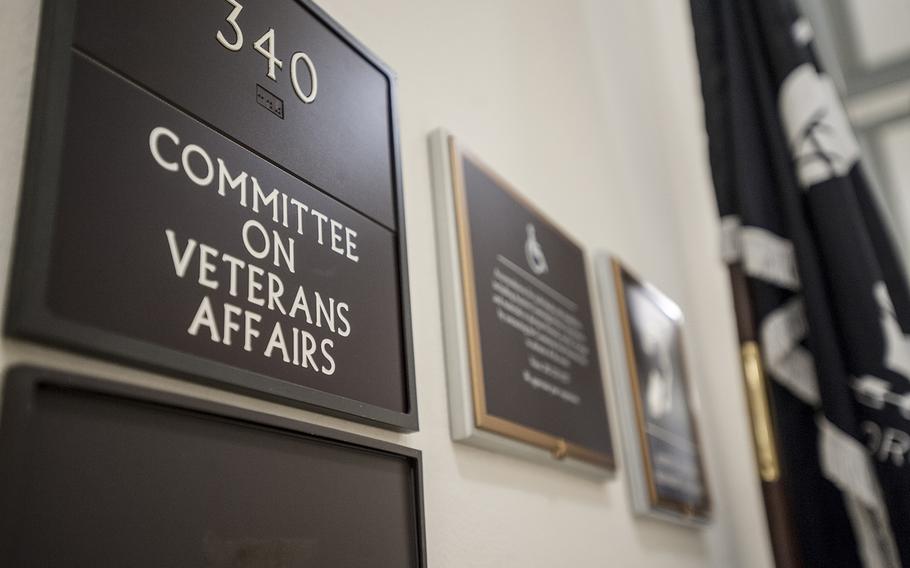 WASHINGTON — The Department of Veterans Affairs insisted Wednesday that it was already addressing problems reported by a government watchdog about the agency’s failure to alert other hospitals of potentially unsafe doctors.

Cox testified Wednesday to members of the House Committee on Veterans’ Affairs, two days after the Government Accountability Office released findings that the VA was slow to investigate doctors when concerns were raised against them and failed to report doctors to national and state databases designed to warn other hospitals of misconduct.

Though the VA promised to fix the problems, Randal Williamson, who led the GAO team that investigated the issue, told lawmakers there must be “immediate, decisive actions.”

“Otherwise, VA medical centers are potentially putting veterans in harm’s way by exposing them to substandard care,” he said.

Lawmakers used the hearing Wednesday to blast the VA for problems detailed in the report, which focused on five VA hospitals that logged 148 instances of complaints against VA medical providers from 2013 to 2017.

The VA waited multiple months or years to initiate reviews into 16 of those complaints. Nine doctors were disciplined for possible professional incompetence or misconduct, or they resigned to avoid disciplinary action, but the VA didn’t report any of them to state licensing boards. Only one was reported to the National Practitioner Data Bank.

Rep. Jack Bergman, R-Mich., said the VA had a “worrying lack of urgency” about the situation as other lawmakers described the problems as “bureaucratic ineptitude” and “breathtaking mismanagement.” Rep. Phil Roe, R-Tenn., chairman of the House committee and a retired physician, said it was “an embarrassment to the VA and the medical profession.”

In response to multiple questions from Republican lawmakers about who would be held accountable for the lack of reporting, Cox said he was reviewing the five hospitals GAO investigated for potential disciplinary action.

The Federation of State Medical Boards confirmed the GAO’s findings that the VA doesn’t timely report problem doctors, said Humayun Chaudhry, president and CEO of the federation. Private health care systems could also do better at sharing information, he said.

“We have found it rare for a board to receive upfront or helpful information from the VA in a timely manner,” Chaudhry said. “We have significant concerns. Providers who are unqualified or unsafe to practice medicine in VA should not be allowed to practice outside of or elsewhere in the VA.”

The GAO found at least one instance of a poor-performing VA doctor who went unreported and was hired to a non-VA hospital in the same city. Two years later, the doctor was reported to the national database for the same conduct that raised concerns at the VA.

The VA consistently broke its own policy to report doctors to national databases within 15 days after action is taken against them, Williamson said. The GAO recommended the VA start to follow that policy and create new ones that ensure doctors are immediately investigated after concerns are raised against them.

“We consistently found a variety of disturbing problems with how those processes are being carried out,” Williamson said. “It was allowed to happen because of poor oversight and accountability.”

Lawmakers skeptical of the VA’s ability to follow up on the recommendations said they’d track the changes.

“Just when I think I can’t be more depressed about the VA’s lack of oversight and accountability and fundamentally flawed organizational management, I have this hearing and have to sink to more lows,” said Rep. Jodey Arrington, R-Texas. “We’re going to stay on you until this thing is fixed and until you do right by our veterans.”