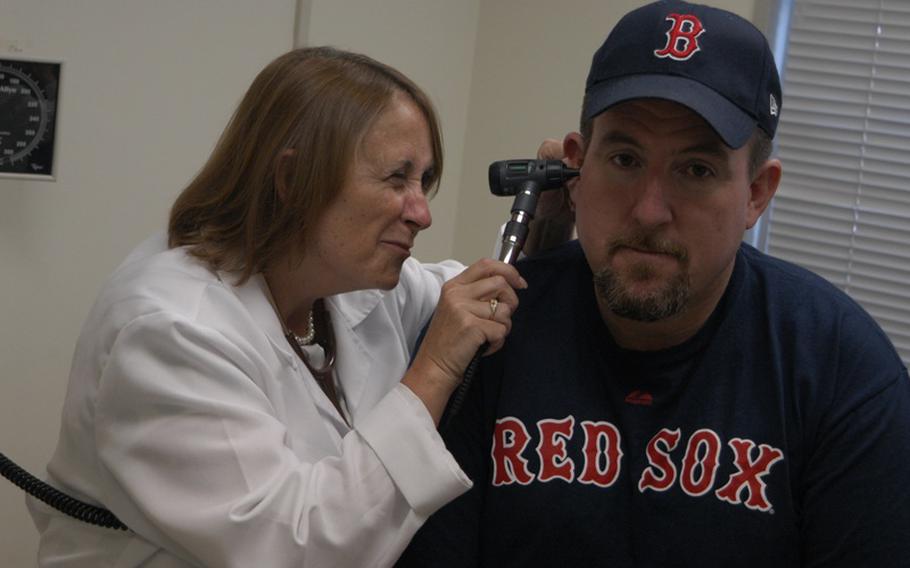 WASHINGTON &mdash; With a backlog of more than 2,000 veterans who have settled overseas and are waiting for medical disability examinations, the Department of Veterans Affairs is sending a group of U.S.-based staffers to Okinawa to try to make some headway.

The effort is small, acknowledged Jeff Scarpiello, the VA&rsquo;s deputy director of disability examination and management. The team leaving for the island Wednesday, the second of its kind, consists of one doctor, one nurse practitioner and one administrative support person.

They&rsquo;re scheduled to see 41 veterans on Camp Lester in Naha. There are currently 341 veterans waiting for exams in Japan. Another 865 veterans are on a waiting list in Germany, along with 197 in South Korea and 110 in the United Kingdom, Scapiello said.

&ldquo;It&rsquo;s a pilot program, but there are a couple of reasons why the number is what it is,&rdquo; Scarpiello said.

Most veterans who apply for VA disability pensions undergo multiple examinations. During the first such trip to Okinawa in June, Scarpiello said, there were &ldquo;39 veterans, but 247 exams.&rdquo;

The VA has a foreign medical program overseas that mostly involves contracting with local medical providers to do the examinations, said Scarpiello, who is a disabled veteran himself. The process moves slowly in part because for foreign doctors, the VA process is, well, foreign.

&ldquo;There&rsquo;s also language barriers in some instances,&rdquo; he said, adding that on Okinawa, the government contracts with a single local physician to handle many of the examinations.

The VA&rsquo;s plan is to expand the program in the next fiscal year, with U.S.-based staffers going to to Tokyo in January or February, and three other locations during 2012.

Scarpiello acknowledged that bureaucratic hurdles slowed down the speed with which the team could deploy. His office first became involved in the effort in August 2010, but it took many months to send a team overseas.

&ldquo;There were a lot of steps along the way we weren&rsquo;t aware of,&rdquo; he said, including figuring out how to get veterans who were no longer associated with the military onto a Navy base, identifying staff who would be willing and able to make the trip, setting up computers so that the examiners could link up to the VA&rsquo;s network in the United States, and just getting approval for foreign travel.

Then, the first team&rsquo;s departure was delayed because of the Japanese earthquake.Though the effort moves slowly, Scarpiello said the VA staffers involved are proud to contribute.

&ldquo;We were able to help a veteran that the embassy staff had been trying to assist for 5 years,&rdquo; Scarpiello said. &ldquo;That person was probably the most excited individual to see us.&rdquo;