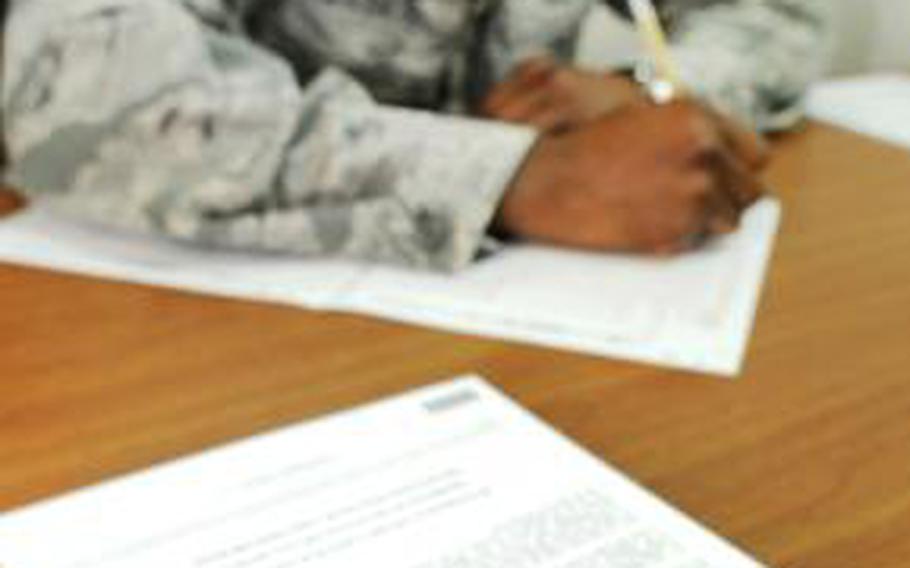 The changes will also allow the department to send out 153,000 catch-up checks next week to students who&rsquo;ve been underpaid on housing stipends since Jan. 1. Keith Wilson, director of the VA&rsquo;s Office of Education Service, said most of the checks will total less than $100, but some students are owed hundreds of dollars.

The housing payment problems emerged when the military&rsquo;s basic housing allowance rates were updated at the start of the year. GI Bill housing payments are based on those rates, but VA officials said the processing system in place at that time did not pick up the change in living stipends from 2009 to 2010.

The new data integration systems &mdash; which officials have been using for the last two weeks &mdash; will react to those changes, according to VA Assistant Secretary for Technology Roger Baker. All students enrolled in classes for this fall will receive updated housing stipends starting with their September GI Bill payments, and the retroactive payouts will be mailed or direct-deposited on Sept. 7.

Last fall, students and veterans groups blasted the department for late or missing tuition checks, inadequate staffing and poor planning leading up to the start of the school year, the first under the new GI Bill rules. Tens of thousands of students didn&rsquo;t receive tuition or housing payments until months into the fall semester.

Wilson says the new data systems should cut that processing time to 45 minutes, with most new claims taking less than two weeks from application to first payment.

&ldquo;Last year, we had to determine the status of every single student, so this year, as students returned for another year of classes, there was less work to do,&rdquo; he said. &ldquo;But we also have better tools and more people on board, better training for them.&rdquo;

The new system still isn&rsquo;t fully automated, a feature lawmakers have been demanding since last year. Claims officials still must review applications and authorize checks. The Department has set this December as the target for completely streamlined claims system that would further reduce payment turnaround time.