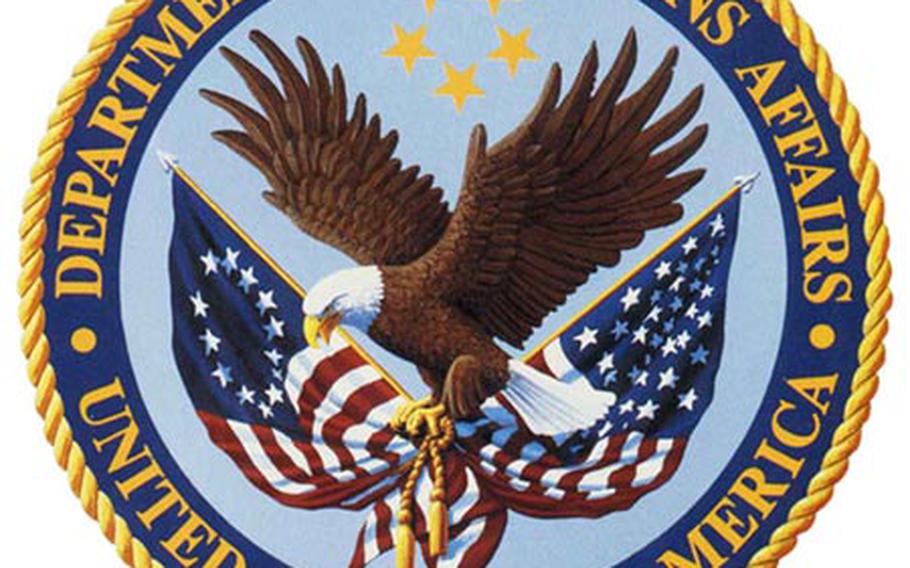 The only way to achieve VA Secretary Eric Shinseki&rsquo;s goal for 2015 -- that every disability compensation claim gets processed within 125 days and with 98 percent accuracy -- is to shift to a paperless claims system. And that transformation has begun.

That was the testimony Tuesday by VA&rsquo;s top claim processing official before the House veteran affairs&rsquo; subcommittee on disability assistance.

Tom Murphy, director of compensation service for the Veterans Benefits Administration (VBA), an agency for the Department of Veterans Affairs, acknowledged the claims backlog has grown in recent years.

Over the last year VA processed almost a million claims but more than 1.3 million new claims were filed, some seeking compensation for the first time but most seeking an upgrade to current disability ratings. The number of veterans filing claims annually has more than doubled since 2000.

The surge is tied to the Iraq and Afghanistan wars and also to court decisions and to VA policy changes that made hundreds of thousands of Vietnam War veterans eligible for compensation for diseases linked to possible wartime exposure to herbicides, including Agent Orange.

Murphy didn&rsquo;t challenge subcommittee complaints that the backlog is rising. But he did challenge a lawmaker who suggested VA plans to move to electronic claim processing will only deepen the backlog, at least for a while.

Given projected claims growth, Murphy asked, &ldquo;How do we take care of those veterans in less than 125 days, which the secretary has stated is our goal, and do it with the resources we have currently on board...The only way we&rsquo;re going to be able to do that is&hellip;to get out of the paper world and into the digital world.&rdquo;

VA will introduce &ldquo;very shortly&rdquo; an electronic Claim for Disability. It will be available through VONAPP Direct Connect (VDC), VA&rsquo;s online e-benefits site. The VDC site currently allows veterans only to request changes online to listed dependents on their benefits profile.

To understand what&rsquo;s coming, Murphy said, veterans should think &ldquo;along the line of your TurboTax interview process,&rdquo; but rather than filing income tax returns electronically, they will be prompted to file compensation claims. The process for an average claim will take 30 to 45 minutes.

&ldquo;At the same time the veteran has the opportunity to submit any private evidence they want considered in the case,&rdquo; Murphy said. &ldquo;And just that little bit I just described to you [will take] months out of our process&rdquo;

Most of the two-hour hearing, however, focused on VA&rsquo;s mammoth effort to apply current medical science and revise the VA Schedule for Rating Disabilities, or VASRD, by 2016. Disability evaluation boards have used the VASRD since the end of World War II to compensate veterans for average impairment in earning capacity caused by service-related conditions.

Over the last 60 years VA has adjusted the VASRD piecemeal to account for new illnesses or some developments in medical science. But this is the first comprehensive review to ensure that disability categories, rating percentages and compensation levels are accurate and equitable.

Representatives for several veterans&rsquo; service organizations complained at the hearing that they have had few opportunities since the VASRD reform effort began two years ago to influence interim findings meaningfully.

Jeff Hall, assistant legislative director for Disabled American Veterans, acknowledged that the VBA has encouraged veterans groups to participate in initial public forums on how VASRD assigns ratings by diagnostic codes to conditions across 15 separate body systems. But apart the forums, Hall said, &ldquo;VBA is not making any substantial efforts to include VSO input during the actual development of draft regulations for the updated rating schedule.&rdquo;

DAV also is concerned that VA will continue to compensate solely on how disabilities impact earning capacity, ignoring calls from past studies for additional compensation tied to reduced quality of life.

Frank Logalbo, national service director on benefits for the Wounded Warrior Project, said VASRD reform must support higher compensation for mental health disorders including post-traumatic stress. He also said &ldquo;deep flaws in both VA evaluation procedures and its rating criteria pose real problems for warriors bearing psychic combat wounds.&rdquo; Not only do current ratings fail to compensate properly for loss of earnings due to mental health disabilities but also the review process itself is woefully inadequate, he said.

&ldquo;A one-time 20 to 30 minute conversation in a hospital office simply will not tell the most knowledgeable, conscientious examiner how the veteran functions in the community,&rdquo; Logalbo said.

Retired Army Lt. Gen. James Terry Scott chaired the Veterans Disability Benefits Commission, which in 2007 concluded that veterans with mental health ailments are undercompensated. It also recommended that Congress increase disability compensation by as much as 25 percent to recognize that disabled vets suffered a reduced quality of life.

Scott now chairs VA&rsquo;s Advisory Committee on Disability Compensation, which has a major role in revising the VASRD. He said the compensation gap for mental health disorders is real and likely will be closed with a significant bump in VA ratings for ailments such as post-traumatic stress disorder.

&ldquo;What I think you&rsquo;re going to see&hellip;is that the degree of disability associated with PTSD is going to be recognized [with] a higher percentage disability rating assigned. In other words I think you will see more people suffering from more severe forms of PTSD rated at 100 percent,&rdquo; Scott said.

Scott has lost some of his earlier enthusiasm for compensating disabled veterans&rsquo; for reduced quality of life, saying it can argue the issue is addressed in part through other benefits including the caregiver compensation law passed last year. And VA already pays Special Monthly Compensation to the most severely disabled, he noted. Any additional pay for loss of quality of life probably should build on that and continue to target only veterans with very serious disabilities, Scott said.