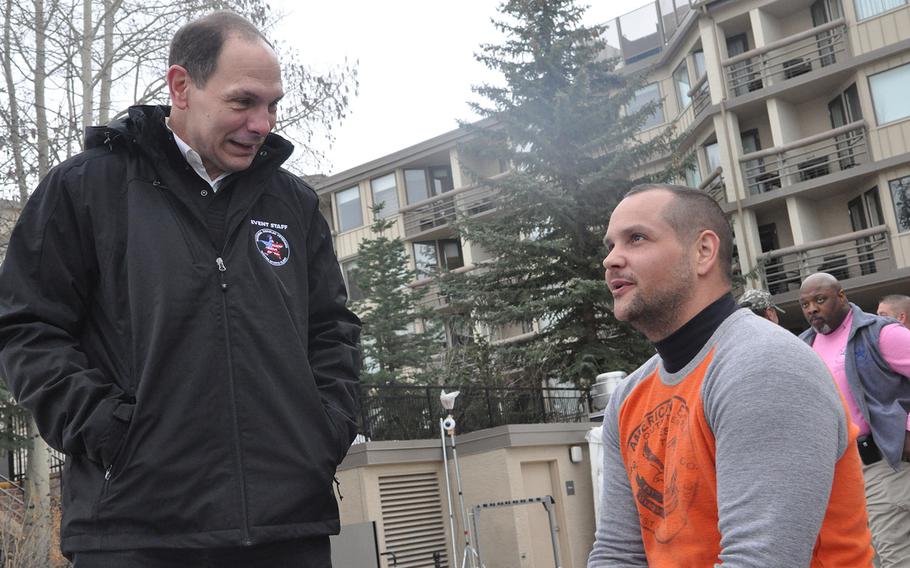 SNOWMASS VILLAGE, Colo. — During eight months at the helm, VA Secretary Bob McDonald has struggled with a dysfunctional department, a critical Congress and burgeoning rolls of veterans in need of help at a time of belt-tightening across the federal government.

The national furor over revelations of patients dying while on secret wait lists at the Phoenix VA Health Care System has not died down since McDonald assumed the VA’s top post July 20. His department faces criticism for over-prescription of narcotics and a new rule that eliminates a long-running informal system to register disability claims.

Stars and Stripes sat down with McDonald on the sidelines of the annual Disabled Veterans Winter Sports Clinic, where he met participants and discussed care for wounded veterans. McDonald made the stop following visits to California and Montana, where he was continuing his recruitment push to fill the VA’s shortage in health care professionals.

These are highlights of the interview:

Stars and Stripes: We’re right around the anniversary of the Phoenix VA scandal breaking. What’s changed the past year at VA?

McDonald: Wait times are down nationally, more than 90 percent of our appointments are within 30 days. That’s good. Now, I’ll tell you, we still have more to go.

We’ve hired about 8,500 people in the last seven months, of those about 900 are doctors.

Give us a try. In my first national press conference last September I gave out my cell phone number and I get calls from hundreds of veterans every single day. Now, I’m getting roughly 35 percent of the calls … where the message I’m getting is, ‘You changed my life, you helped me get in.

One thing related to the claims process is the new rule eliminating the informal claims process. Some veterans advocates have filed suit, claiming the process will hurt veterans and may be a way for the VA to fix the claims backlog at the expense of those they are meant to serve. Are you worried that the VSOs and VA are splitting and how do you respond to those who are critical of the new process?

We’re in the midst of the largest reorganization in our history. We call it MyVA.

We have no hope of caring for veterans if we don’t care for employees … we’re telling them what Gandhi said, ‘Be the change you want to see.’

We know we can’t do this by ourselves and we’re happy to embrace every strategic partner we can. It allows us to care more for veterans but its also, in my opinion, the morally right thing for us to do … Fifteen percent of veterans got less than honorable discharges and by law, Congress does not allow us to care for these veterans. What you’ll find is in the ‘70s, at least when I was in the Army, many people with drug addictions and post-traumatic stress, before we even knew what post-traumatic stress was, were forced out of the service with less than honorable discharge.

You mention the three Phoenix whistleblowers who got compensation for retaliation. There are a lot of employees I talk to who say they’re still afraid of stepping forward.

Tell them to contact me. Wherever I go I meet with whistleblowers. We will not tolerate retribution. We cannot improve unless we have people criticizing (us).

Do you expect more compensation for whistleblowers who were retaliated against?

Certainly. We’re following the law. We’re in touch with these people. We’re doing the best we can and we’re going to do even more to make sure that we embrace self-criticism and we make the changes we need to make.