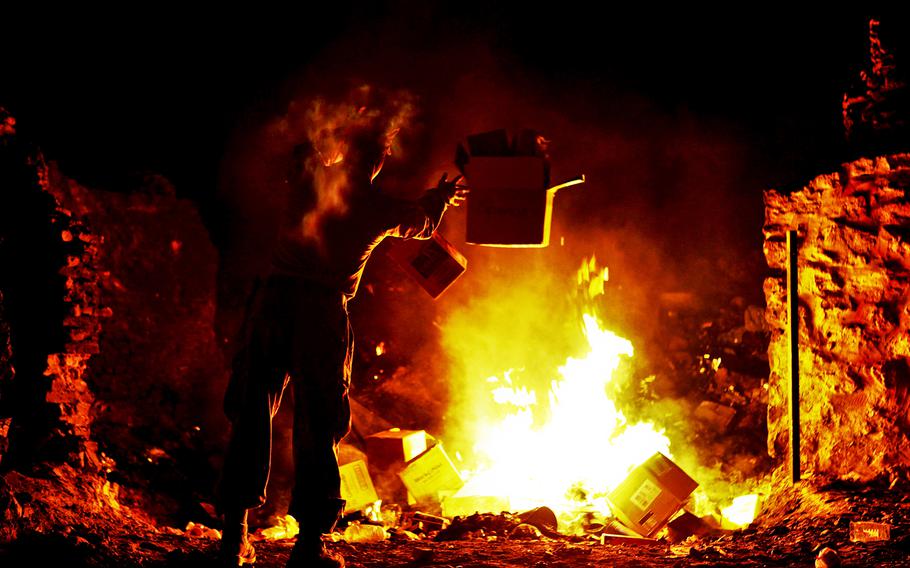 The Veterans Affairs Airborne Hazards and Open Burn Pit Registry is now available to help servicemembers and veterans report exposures to airborne hazards such as burn pits, oil well fires and other forms of pollution and document their health problems.

Advocacy groups for servicemembers who believe they have developed illnesses from working and living near burn-pit disposal sites in Iraq and Afghanistan noticed Thursday they could log in and register on the VA’s public health website, according to a report in the Military Times.

Eligible veterans and servicemembers include those who served in:

Operation Enduring Freedom/Operation Iraqi Freedom/Operation New Dawn Djibouti, on or after September 11, 2001 Operations Desert Shield or Desert Storm Southwest Asia theater of operations on or after August 2, 1990 “This is a great stepping stone in a long journey, the initial acknowledgment that people are sick and that illnesses related to burn pits do exist,” Rosie Lopez-Torres, co-founder of Burn Pits 360, told the Times. Her husband, retired Army Capt. LeRoy Torres, developed a rare lung disorder after serving in Iraq.

President Barack Obama in January 2013 signed into law a bill requiring VA to establish the registry for those exposed to potentially toxic fumes. The VA initially had balked, saying the effort was redundant since it already tracked servicemembers through an injury and illness surveillance system.

VA officials acknowledge that troops may suffer from illnesses related to environmental exposures and has established a surveillance program for servicemembers exposed to hexavalent chromium, a known carcinogen, at a water treatment facility near Basra in 2003, but also say there is not enough scientific evidence to prove that exposure to burn pits causes long-term health problems, according to the Times.

Burn Pits 360 has been contacted by more than 3,000 troops or family members who report symptoms and illnesses they believe are related to environmental exposures in Iraq, Afghanistan and Djibouti, the Times noted.