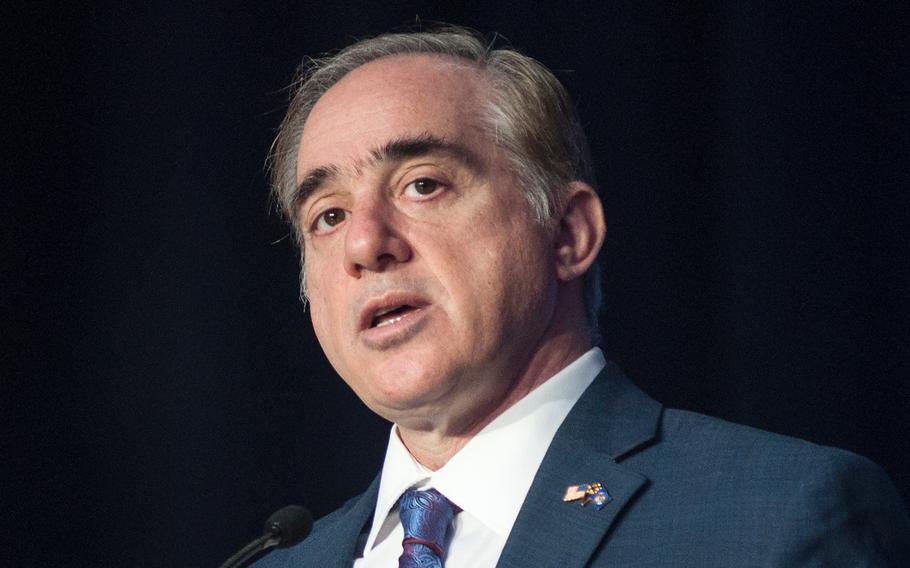 “There is no effort underway to privatize VA, and to suggest otherwise is completely false and a red herring designed to distract and avoid honest debate about the real issues surrounding veterans’ health care,” the VA statement read.

The statement comes one week after former VA Secretary David Shulkin penned a commentary in the New York Times, blaming his ouster on White House appointees who seek to dismantle the agency. Trump fired Shulkin March 28 after weeks of internal strife at VA headquarters.

In Shulkin’s searing opinion piece, he wrote the agency, which is responsible for providing medical care to 9 million veterans, became enveloped in recent months in a “brutal power struggle.”

“The advocates within the [Trump] administration for privatizing VA health services … saw me as an obstacle to privatization who had to be removed,” Shulkin wrote.

Shulkin – outspoken since his dismissal – repeated that message on every major news network during the past week.

The VA responded, explaining Thursday that the agency’s budget has grown from slightly more than $42 billion in 1998 to nearly $189 billion in 2018. The agency also noted increases in its workforce and medical facilities in the past decade.

Congress has been working on a major overhaul of the Veterans Choice program, which veterans use to receive private-sector care.

Negotiations of potential changes to the program have created disagreements and delays in Congress and highlighted divisions between VA leadership and White House insiders. The option of more choices in health care for veterans was a promise that Trump made during his election campaign. The crux of the dispute is how far veterans’ health care should be pushed into the private sector, as well as who should make that decision – the veteran or the VA.

Many large veterans organizations have reiterated concerns that allowing veterans unfettered choice to the private sector would erode VA resources and eventually dismantle the agency.

The VA – now under new temporary leadership – indicated Thursday that the new regime favored an approach that would maintain the VA as the gatekeeper to decide in what instances veterans could receive private-sector care.

“VA is working with Congress to merge all of VA’s community care efforts into a single, streamlined program that’s easy for veterans and VA employees to use so the department can work with veterans to coordinate their care with private providers when VA can’t provide the care in a timely way or when it’s in veterans’ best medical interest,” the release states.

It’s uncertain when Congress might take up the issue. Lawmakers failed at the end of March to attach reforms onto the massive spending bill that it approved to avoid another government shutdown.

Congress is facing a tight deadline. Without an overhaul of the Choice program -- or at least more approved funding – the program is expected to run out of money by early June. As the deadline approaches, fewer veterans will be able to utilize the program.