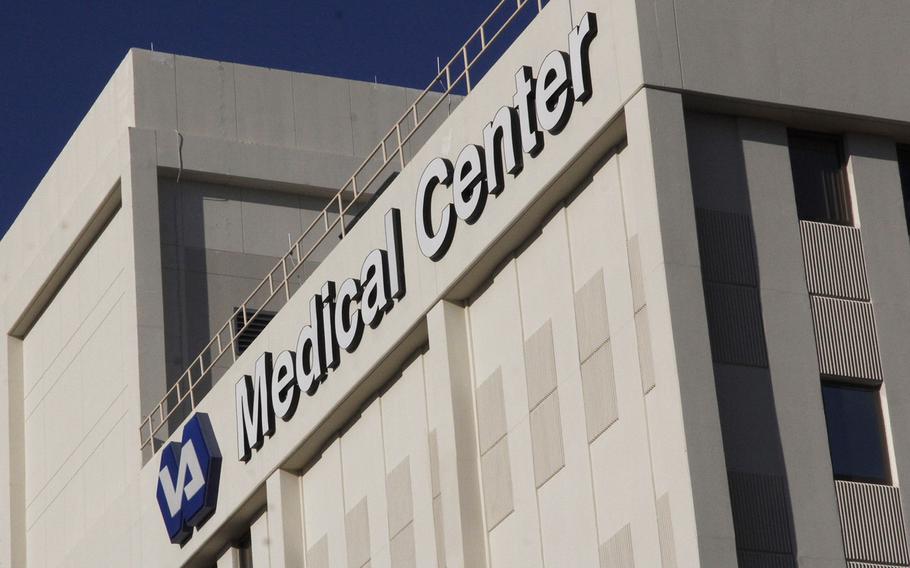 WASHINGTON — The coming week could be a watershed moment in the volatile debate over privatizing more health care at the Department of Veterans Affairs.

A panel created by Congress to overhaul the VA is expected to release final recommendations July 6 that are two years in the making and will likely include the option of private care for the millions of veterans who now use the federal system of hospitals and clinics.

It will come amid controversial proposals to give all veterans a card to access private doctors and to turn the VA into a not-for-profit corporation. Those efforts to push the department toward privatized care caused near universal blowback from national veterans groups. Unionized VA employees were staging opposition rallies across the country due to fears over privatization in the lead-up to the commission’s VA report.

“This is about closing VA medical centers — closing them, locking them up and doing away with them,” said J. David Cox Sr., national president of the American Federation of Government Employees.

The union represents about 230,000 VA employees and had already staged 24 rallies as of June 24, with more than another dozen planned, Cox said.

“I think you are going to see this going on all summer,” he said.

The union is concerned that the Commission on Care is bent on significantly expanding the use of private care to treat veterans – a move that Cox said could result in the closure of 12 to 15 VA health care facilities annually due to a lack of need.

A spokesman for the Commission on Care, which was created in 2014 in the wake of a nationwide VA wait-time scandal, declined an interview request and said the commission would comment when recommendations are released.

Veteran groups appeared less worried about the upcoming report, but there was still reason for concern.

Commission on Care members surprised the union workers and veterans in March with a proposal calling for a “bold transformation” that would transition the VA toward private care and close many facilities during the next 20 years.

Eight veterans groups, including the American Legion and the Veterans of Foreign Wars, strongly criticized the plan and warned they would reject any final recommendations aimed at privatizing the VA health care system, which is the largest integrated health care network in the country.

“Veterans want to receive more care from VA than what they now receive,” said Carlos Fuentes, deputy legislative director for the VFW.

It remains uncertain how much of the proposal will survive into the final recommendations set to be delivered to President Barack Obama.

A set of draft recommendations released by the commission earlier this month – the clearest indication of what its final report might contain – pointed toward a softer overhaul.

All VA doctors and patients would be given the option of choosing private health care as well as in-house treatment under the draft. The department’s health care system “should allow clinicians and veterans to decide together if purchased care is in respective patients’ best interest.”

The recommendations also include consolidating VA’s disconnected patchwork of private care networks now used across the country, which the department has been advocating to Congress during the past year as a crucial overhaul.

Those changes would be much more in line with what veterans groups have been advocating.

“What we are hoping to see really is recommendations that are going to embrace this idea of an integrated care model that will provide high-quality and timely access to health care,” said Jackie Maffucci, the research director at Iraq and Afghanistan Veterans of America. “We’ve been saying for a while that the VA can’t do this alone there has to be a community component.”

The VA has long sent veterans out into the community to get some types of care. But the current debate over privatization burst open following the 2014 revelations that long waits at VA hospitals were systematically covered up by management.

Congress passed a $16-billion VA overhaul aimed at relieving the appointments bottleneck. It created the Veterans Choice card, which provided access to outside doctors and providers for veterans who had to wait more than 30 days to be seen or lived more than 40 miles from a VA facility.

The card, though flawed and underutilized early on, dramatically increased the use of private care. This month, one million appointments had been scheduled under the program.

Lawmakers have floated proposals to further expand the use of private care.

Sen. John McCain, R-Ariz., is backing a bill to make the Choice card universal and permanent for all veterans, essentially transforming it into a new public health insurance card that could be used outside the VA system.

A more radical plan was sketched out earlier this month by Rep. Cathy McMorris Rodgers, R-Wash., who is the House GOP conference chairwoman. Her draft bill terminates the VA’s role in hospital care, medical services and other health care and creates a government-chartered, not-for-profit corporation and board of directors to take its place.

Both proposals have been opposed by veterans. The McMorris Rodgers proposal “would have immediate and permanent negative consequences for millions of veterans who choose and rely on VA health care,” according to a June letter to the lawmaker from 26 veteran groups.

The Commission on Care report could finally direct the debate toward specific changes at the department.

“I think it is a critical time because there are a lot of ideas floating around out there,” IAVA’s Maffucci said. “It seems like change is coming, so we’ve got to get it right.”