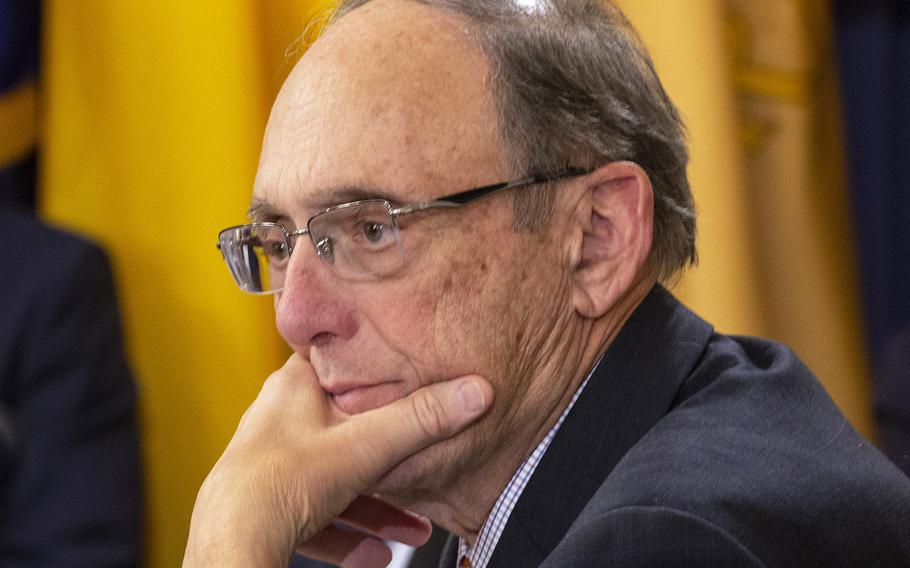 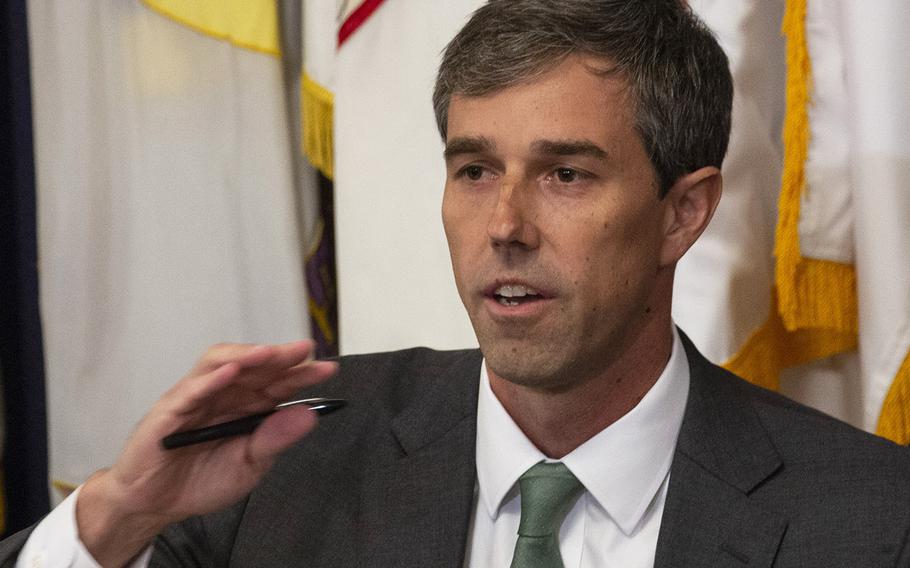 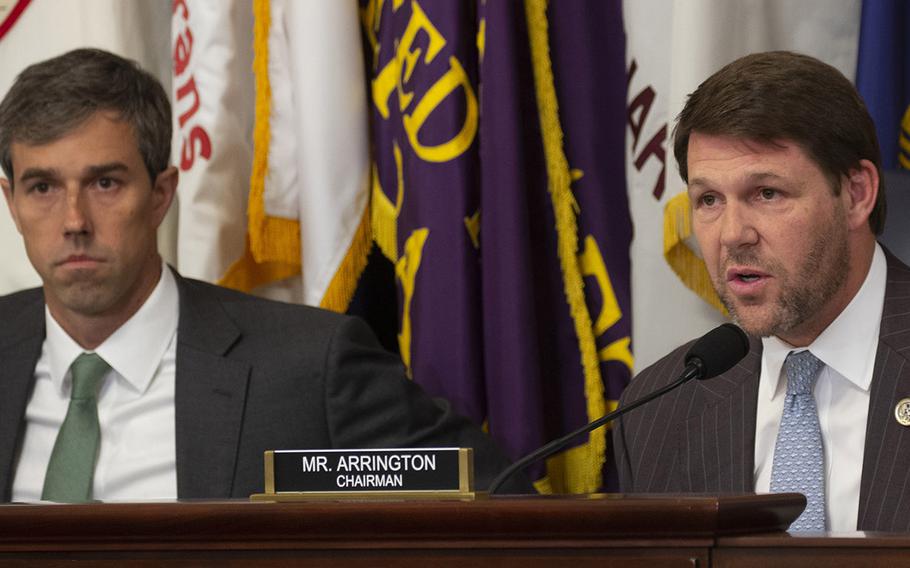 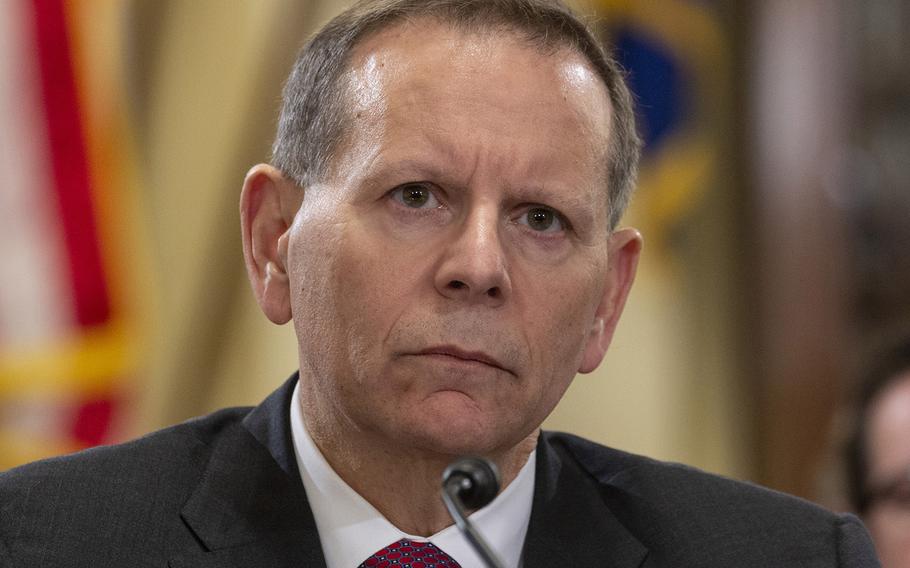 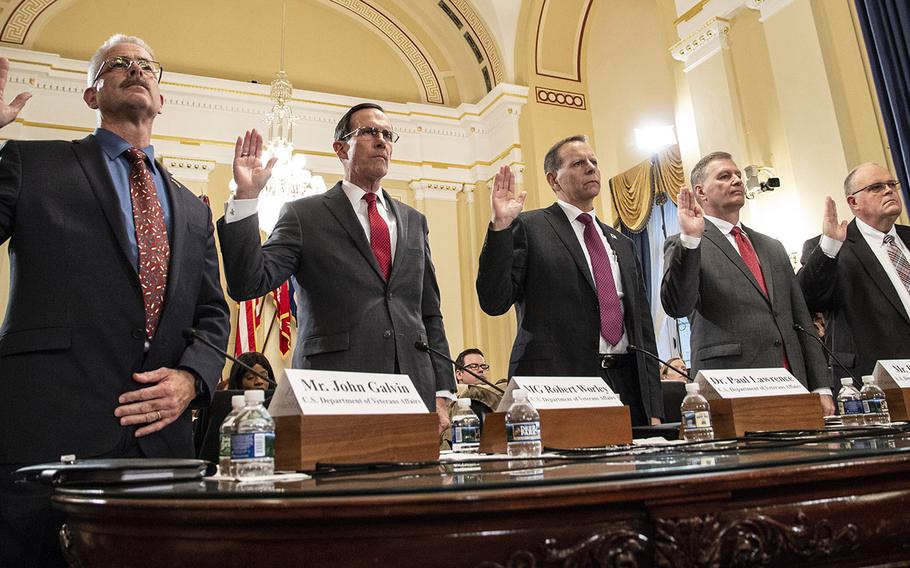 WASHINGTON – Department of Veterans Affairs officials contended Thursday delays in housing payments weren’t causing rampant hardships for student veterans, though at the same time they admitted thousands were still waiting for their stipends and the agency had received credible complaints from veterans facing eviction.

VA officials were summoned to Capitol Hill to explain widespread delays in GI Bill payments this semester caused by information technology issues. VA Undersecretary of Benefits Paul Lawrence was defensive at times during the hearing and engaged in tense exchanges with lawmakers on the House Committee on Veterans’ Affairs subpanel on economic opportunity. During his testimony to committee members, Lawrence made a point to call out an “allegation of widespread veteran homeless due to missed payments.” That allegation “is false,” he said.

Later in the hearing, another VA official noted the agency had received confirmed cases of veterans being evicted because of the delays. Robert Worley, director of VA education services, said the cases were “very few” in number.

Rep. Beto O’Rourke, D-Texas, described the VA’s response to the problem as “not very encouraging.”

“I think you failed to account for the scope of the problem, minimized the problem and tried to remind us [the Veterans Benefits Administration] is doing great work in many cases,” O’Rourke said. “But there’s the very real problem that veterans who have earned these benefits are not receiving the payments they need to complete their education.”

The problems started when the VA began to implement measures from the Forever GI Bill – legislation that Congress passed last year to expand veterans’ education benefits. Part of the legislation called for a change to how veterans’ housing allowances are calculated. When the VA went to alter its information technology systems to account for the change, the systems failed.

The errors caused incorrect payments to go out, as well as widespread delays.

Throughout the two-hour hearing, lawmakers demanded specific answers, such as when the problems would be fixed and how much the situation was costing taxpayers. They received few clear answers. The hearing ended without the VA offering a cost estimate or a deadline for correcting the problems.

“We’re going to need the responses to questions that were asked today,” said Rep. Jodey Arrington, R-Texas, a member of the House Committee on Veterans’ Affairs. “I believe you owe this committee and the veterans a timeframe. You can go back and talk to the secretary and come up with a timeframe, so we can continue to hold you accountable because that’s our job.”

On timing, Lawrence refused multiple times to give an exact date for when a new IT system would be in place. He said the VA was planning for the possibility that one wouldn’t be ready by the start of the spring semester, when the agency will receive a surge of new education claims.

“Should that happen, we will be prepared to process claims as we have been doing,” Worley said.

For months, the VA has required mandatory overtime of employees who process veterans’ education claims. In addition, they hired 202 new workers to help.

The number of pending education claims reached a peak on Sept. 14, with nearly 207,000 claims – 46 percent higher than during the same time last year.

At the beginning of October, the VA reported 183,00 pending claims still existed. Earlier this week, the agency said that number had dropped to 53,500. Worley said Thursday that the numbers fluctuate day-to-day and the current work que was about 73,000 claims.

Those 73,000 claims aren’t all for housing payments, he said. Worley described it as a “manageable number.”

One day earlier, the VA had reported 895 claims more than 60 days old.

“The plan going forward is to continue overtime work, prioritize the older claims and handle hardships as they come in,” Worley said.

The overtime costs have reached about $300,000 each week since Aug. 1, a staff member on the House Committee on Veterans’ Affairs said. That totals approximately $4.5 million. But when asked about the costs Thursday, Lawrence wouldn’t venture a guess on the amount that would be spent on overtime or fixing the IT systems.

At one point during the hearing, Arrington told VA officials that he felt “powerless to do anything.”

“We’ve given you money, given you the authority. We have asked repeatedly for anything else – if there are barriers we’re unaware of that we could remove,” he said. “We feel powerless, and the veterans feel powerless, too, I think. They’re trapped in the bureaucracy and can’t get out of it.”

After Rep. Mike Coffman, R-Colo., failed to receive the answers that he wanted to his questions, he accused the VA of incompetence.

“This administration, the [President Donald] Trump administration, promised to clean up the culture of bureaucratic incompetence inside the VA,” he said. “Based on this testimony today and other hearings we’ve had, I don’t think they’ve made a lick of difference.”

The hearing ended on a tense moment between Lawrence and Rep. Phil Roe, R-Tenn., the chairman of the House Committee on Veterans’ Affairs.

In October, Roe sent committee staff to Muskogee, Okla., where some of the claims for education benefits are processed. They met with employees and discovered the IT systems had been “freezing and crashing” since April.

Lawrence criticized Roe for sending his staff when he did, arguing it took employees away from their work during a period when the agency was processing a high number of claims per day.

“The time your team spent with our people was time they were not processing claims,” Lawrence said. “It took 15 of our team to provide information and do things with them.”

The visit “had consequences,” he argued.

“As the chairman of this committee, I would not have learned anything sitting in that office right back there,” Roe responded. “I don’t know why you would’ve asked us not to go when we’re trying to help make this better. We can’t do it unless we have accurate information.”

Lawmakers asked the VA to follow up in writing with answers to their questions on costs and a timeframe for the problems to be fixed.