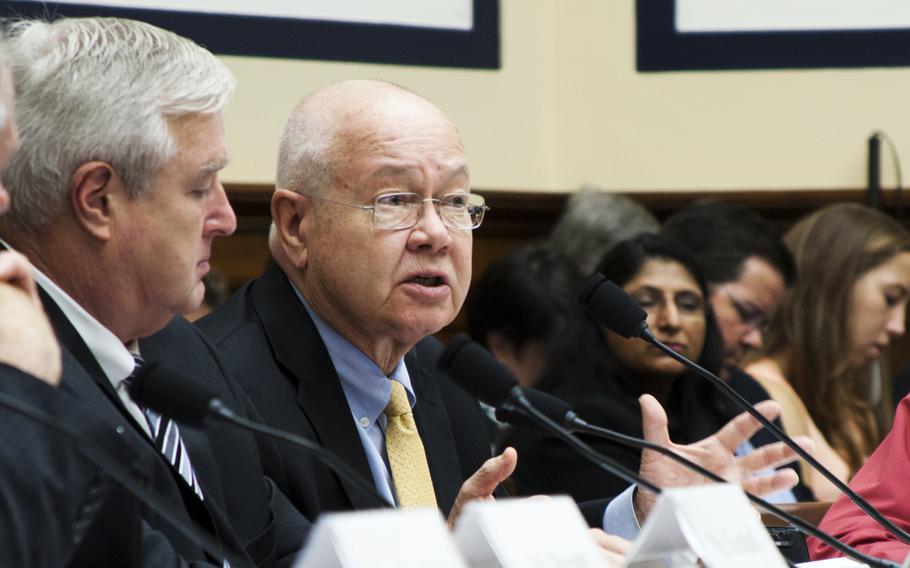 Buy Photo
Dr. Robert Petzel, Undersecretary for Health at the Department of Veterans Affairs, answers a question about lifelong electronic medical records for servicemembers at a joint Congressional hearing on July 10, 2013 in Washington, D.C. (C.J. Lin/Stars and Stripes)

“VA has a long-established record of providing safe health care,” said Robert Petzel, under secretary for health at the Department of Veterans Affairs. “The patient care issues the Committee has raised are serious, but not systemic.”

However, lawmakers and family of injured veterans at the outside-the-beltway hearing questioned whether that is true.

They also bristled at reports that numerous executives from those facilities later received bonuses — some totaling tens of thousands of dollars — for meeting performance metrics.

Members of the House Veterans Affairs Committee and a recent Government Accountability Office report have labeled the bonus system as broken, and lawmakers are pushing to ban all VA executive bonuses for five years.

But he also insisted that the cases are all isolated incidents reflective of a massive health care system, not a incompetent or uncaring bureaucracy.

“While no health care system can be made entirely free from inherent risks, when adverse incidents do occur, VA studies them to fully understand what has happened,” he said.

“We will simply not tolerate substandard care for our veterans under any circumstance,” said committee chairman Rep. Jeff Miller, R-Fla. “When we hear about it, we will investigate it.”