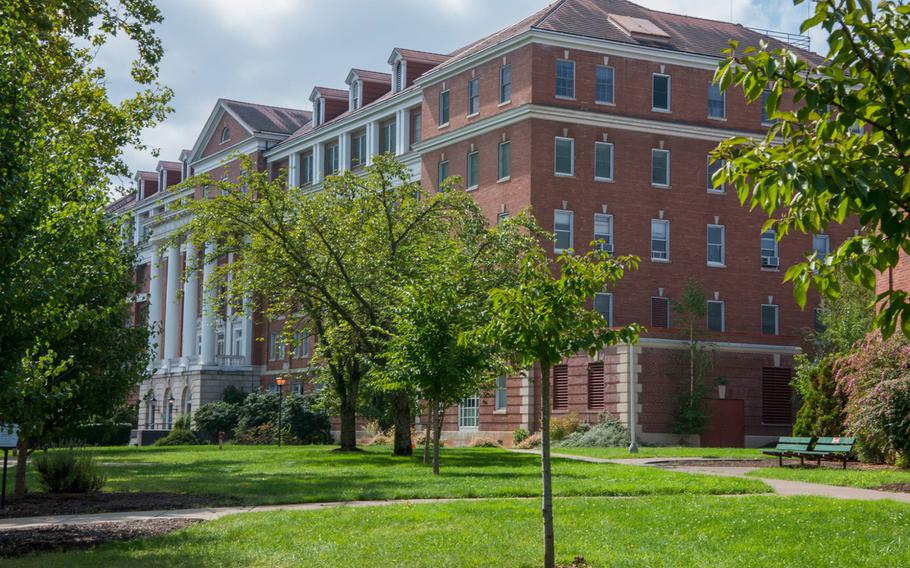 Roseburg VA Health Care Syste, as seen in a Nov. 21, 2017 post. The director of the Oregon facility was replaced and reassigned as part of an agency-wide crackdown on poor-performing VA medical centers, according to a report on Friday, Feb. 2, 2018. (Facebook)

WASHINGTON — The director of a Department of Veterans Affairs hospital in Oregon was replaced and reassigned this week as part of an agency-wide crackdown on poor-performing VA medical centers.

The VA announced Doug Paxton, who has led the medical center in Roseburg, Ore., since 2015, will be reassigned as the assistant director of the VA hospital in the Huntington, W.V., effective Sunday. The announcement follows a New York Times report in January that the Roseburg health care system was turning away patients in order to improve its standing in an internal ranking system of VA hospitals. Paxton denied the scheme.

VA officials did not address the report in the announcement to reassign Paxton, but said the reason for the leadership change was the Roseburg facility’s consistent presence on a list of the 15 lowest-performing VA hospitals. David Whitmer, the chief operating officer of the VA health care system in St. Petersburg, Fla., will temporarily replace Paxton until the VA hires a new director for Roseburg.

“There are times that facility leadership needs to change in order to usher in a new approach that will demonstrate we are committed to delivering results for veterans and taxpayers,” Dr. Carolyn Clancy, the VA acting undersecretary of health, said in a written statement.

VA officials would not say why Paxton was reassigned and not fired, nor would they say what Paxton’s responsibilities would be at the facility in West Virginia.

Replacing leadership at poor-performing hospitals could become more common, according to the VA. The same day the agency announced Paxton’s reassignment, the VA disclosed it would more aggressively target the country’s 15 lowest-performing hospitals. Those hospitals have received the lowest rating, one star, in a five-star quality ranking system used by the VA.

The VA assigned Peter Almenoff, who leads its RAPID health care improvement center, to oversee progress at the 15 facilities. The central office in Washington, D.C., will set improvement targets and send teams of experts to assist those hospitals when it’s warranted.

VA headquarters will review the facilities quarterly. If there’s not enough progress, hospital leadership will be replaced, according to the VA’s announcement on the initiative.

“We will employ tight timelines for facilities to demonstrate improvement, and if low performance persists, we will make swift changes – including replacing facility leaders – until we achieve the rapid improvements that veterans and taxpayers expect from VA,” VA Secretary David Shulkin said in a statement.

The announcement was another step in an ongoing effort to weed out a perceived culture of corruption within the department. President Donald Trump, who once called the VA the “most corrupt” federal agency, heralded progress at the VA in his State of the Union speech Tuesday. He specifically referenced legislation passed last year to make the VA more aggressive in disciplining bad workers.

“President Trump has made it clear that our veterans deserve only the best when it comes to their health care, and that’s why we are focusing on improving our lowest performing facilities nationwide,” Shulkin said.

In his speech, Trump said the agency had removed more than 1,500 VA employees in the past year. However, The Associated Press – using data from the VA’s office of personnel management – reported more VA employees were fired in former President Barack Obama’s last budget year in office than in Trump’s first.