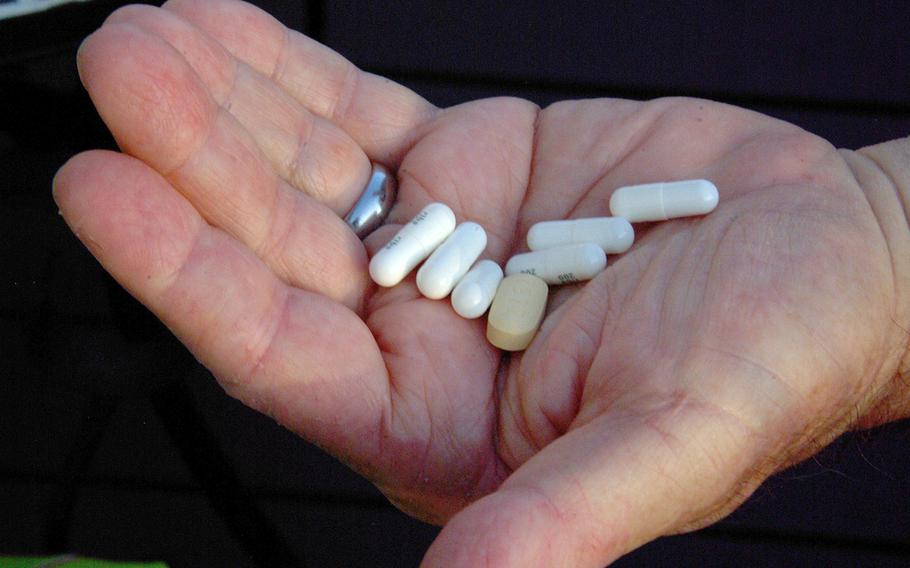 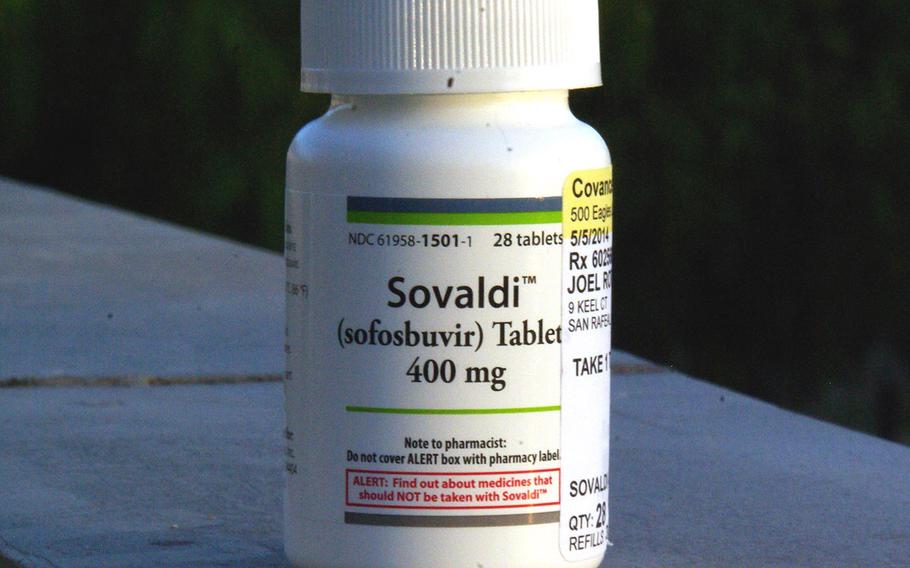 The average cost per patient to receive the 12-week Sovaldi treatment now is $41,460, a discount of 47 percent from the wholesale price, according to the VA. (TNS)

WASHINGTON — With more than $2 billion appropriated for new hepatitis C drugs during the past two years, the Department of Veterans Affairs treated 65,000 veterans for the virus, but about 87,000 remain untreated and an additional 20,000 are undiagnosed.

VA officials are seeking $1.5 billion in the 2017 fiscal year to treat more veterans, a group in which hepatitis C is especially prevalent.

Funding for the latest drugs, which have a high cure rate, is not the biggest problem, said David Ross, director of the VA’s HIV, Hepatitis and Public Health Pathogens Programs.

Instead, its challenge is finding ways to help veterans who are unwilling or unable to be screened or treated for the contagious virus, which lives in liver cells and is the most common blood-borne disease in the U.S. Until two years ago, the disease was considered incurable.

“In some ways, the veterans already treated were the easiest to treat,” Ross said.

Ross and Tom Berger, a leader within Vietnam Veterans of America, said there are several reasons that some veterans don’t volunteer to be screened or decline treatment. Some distrust the VA, are concerned with the stigma of hepatitis C and drug use, and fear traditional drug treatment with severe side effects, they said.

Some veterans who test positive for hepatitis C suffer from mental illness or substance abuse — issues that “affect their ability to come in and take treatments reliably,” Ross said.

For those veterans, he said, the VA needs to boost its psychological or psychosocial care.

“We’re running into issues of veterans more frequently having these other issues,” Ross said. “If someone has alcohol or substance abuse issues, we want to integrate care for those conditions as well to get better outcomes. We need those support systems.”

The VA and Vietnam Veterans of America are specifically targeting Vietnam War-era veterans born between 1945 and 1965. In that group, 8 percent of veterans screened have tested positive for the virus. In comparison, about 1.6 percent of the general U.S. population is estimated to have it.

The VA has screened 73 percent of Vietnam War-era veterans enrolled in the VA system. There are about 700,000 veterans born between 1945 and 1965 who still must be screened, and the department is estimating about 20,000 of them have undiagnosed hepatitis C.

Some blame the virus on unsterilized medical syringes used by the military during the Vietnam War to inject vaccines. While that is “possible,” Ross said, there hasn’t been a documented case. Blood exposure during combat is another concern, since transfusions were used in great number during the war. The virus also can be sexually transmitted or through intravenous drug use, which was common in Vietnam.

The VA has started to reach out to veterans with hepatitis C to inform them that they have the resources to test and treat them, Ross said.

“Facilities have for months now been taking lists and just calling people and saying, ‘Would you like to come in?’ ” he said. “We’re trying to let people know we’re very committed to doing this, and we have the resources to do it.”

At one point, hepatitis C care was about money. When a new drug called Sovaldi came on the scene in 2013, it was called a “miracle” said to work nearly 90 percent of the time with few side effects. But it came at a cost: $1,000 a pill. Insurance companies balked at the price; doctors were encouraged to reserve the drug for the most dire hepatitis C patients.

Until last spring, only VA patients with a progressed stage of hepatitis C were prescribed the drug. People who didn’t meet the criteria were redirected to Veterans Choice, an often-criticized program in which veterans see non-VA health care providers at the VA’s expense.

At the time, Berger faulted the VA for choosing which veterans received treatments, saying it was rationing care.

“The VA claimed it was not prepared financially to start wholesale treatments,” said Berger, who leads the Vietnam Veterans of America heath council. “When I found out that they were prioritizing the treatments, that’s when I said they were death panels.”

In March, the VA announced it would start treating all hepatitis C patients with Sovaldi, regardless of a veteran’s age or the progression of the virus, because of increased funding from Congress and discounted drug prices.

The average cost per patient to receive the 12-week treatment now is $41,460, a discount of 47 percent from the wholesale price, VA spokeswoman Sabrina Owen said.

“I know that’s been a very, very controversial topic,” Ross said. “Because of funding Congress provided, we said we want to treat everybody in-house.”

About 92 percent of veterans treated since 2014 have been cured. That includes Vietnam War veteran Dick Southern of Sonoma, Calif.

Southern, now 72, was diagnosed with hepatitis C in 2002, when the VA used a drug that Ross said caused “extremely serious” and “horrible” side effects. Southern went through 48 weeks of treatment — and experienced irritability and hair and weight loss — with no results.

After Sovaldi was approved and Congress allocated billions to make it widely available for veterans, Southern went through the new treatment two years ago.

Southern now travels to meetings of Vietnam Veterans of America, talking to groups about the improved drugs and encouraging others to get screened and treated.

In order to continue treatments, continued funding is essential, Ross said. According to the VA’s budget request, $1.5 billion in fiscal 2017 would provide treatments to approximately 35,000 veterans.

But at the current price per treatment, it would cost more than $4.4 billion in taxpayer dollars to treat the 107,000 veterans who are untreated or undiagnosed.

Funding was the “third ingredient” needed to boost the number of treatments behind the new drug and new, regional systems that Ross helped put in place to treat patients in an organized way, he said.

“These things don’t happen by themselves, so that really was the third ingredient that was needed,” Ross said. “I think we’re very proud so far. But we have a lot more work to do.”

Vietnam Veterans of America has lobbied since 1998 for the VA to provide more hepatitis C treatments. The group plans to advocate for more funding for 2017 and in subsequent years.