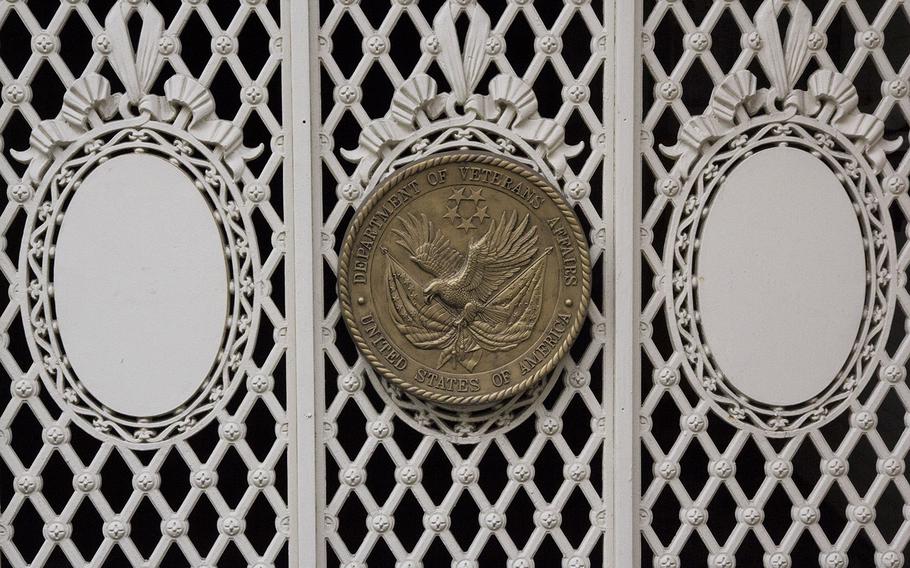 Buy Photo
The Department of Veterans Affairs seal on a gate at the agency's headquarters in Washington, D.C. (Stars and Stripes)

WASHINGTON — Two judges and three attorneys for Department of Veterans Affairs who handle appeals of benefits claims were found to have repeatedly sent racist and sexist emails, the department announced Wednesday.

All five worked for the Board of Veterans’ Appeals, where veterans can appeal decisions to deny claims for benefits.

According to a news release, the VA is conducting a review of appeals handled by the attorneys and judges but has yet to find any indication any appeals decisions were “unjustly influenced” by the conduct.

VA did not name the accused, but said it had proposed disciplinary action against the lawyers and filed a complaint against the judges with the Merit Systems Protection Board, which is solely responsible for discipline against judges.

One attorney resigned and one retired while the disciplinary actions were pending. A third faced less punishment, though the VA did not immediately say whether the attorney is still on the job. The case against the judges is still pending before the Merit Systems Protection Board.

“These actions are reprehensible and completely counter to our values,” VA Deputy Secretary Sloan Gibson said in a statement. “It undermines the trust the American people place in the VA to serve our veterans and has no place in this department. We will not tolerate it. Taking action as quickly as we did was simply the right thing to do.”

“In September 2015, during the course of other work, the Office of Inspector General discovered a series of emails between a small group of (Board of Veterans’ Appeals) staff that needed attention,” VA Office of Inspector General spokeswoman Catherine Gromek said in an email. “At that time, since it was outside the scope of our review and in our view needed immediate attention, we advised and provided VA the related email documentation so that they could take appropriate action.

The VA has been criticized for a growing backlog of veterans’ appeals and VA Secretary Bob McDonald has called for the system to be reformed so no veteran has to wait more than one year for their appeal to be adjudicated. There are 445,000 pending appeals, according to the VA.

“The appeals process set by statute is archaic, unresponsive, and not serving veterans well,” McDonald said in testimony to a Senate committee in late February.