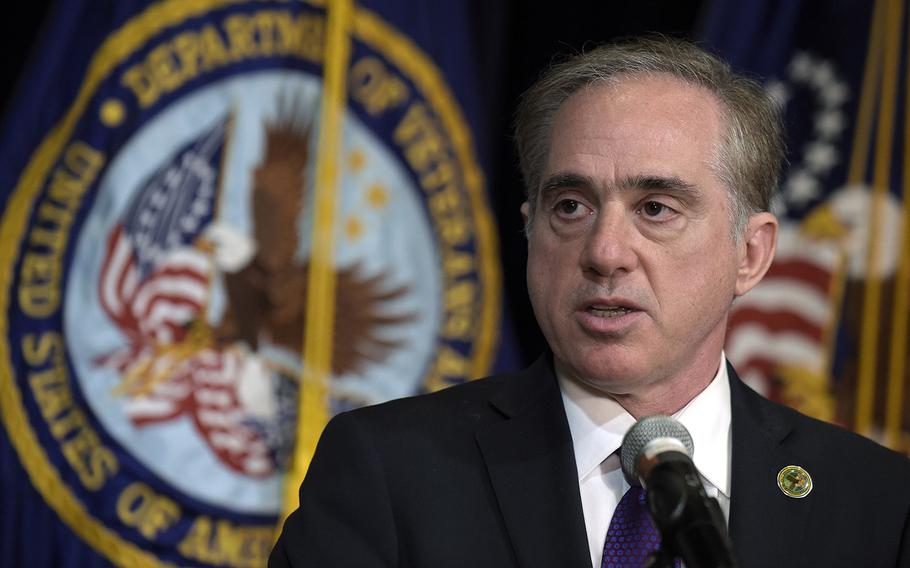 WASHINGTON — The Department of Veterans Affairs will turn to the private sector to overhaul its electronic health records, and is side-stepping the federal contracting process to do so, VA Secretary David Shulkin announced Monday.

The VA will use the same system as the Defense Department and contract with the Kansas City, Mo.-based Cerner Corporation, Shulkin said.

“I said recently to Congress that I was committed to getting VA out of the software business, that I didn’t see remaining in that business as benefitting veterans,” he said. “And, because of that, we’re making a decision to move towards a commercial, off-the-shelf product.”

The decision to purchase a new commercial system rather than fix the VA’s in-house system, called VistA, was long-awaited. In February, the Government Accountability Office condemned the VA’s ongoing spending to patch the 40-year-old VistA, which is expected to reach $2.5 billion in 2017 alone. The office described VistA as “old, inefficient and difficult to maintain” and encouraged the VA to buy an off-the-shelf health records system.

Since 2000, lawmakers have advocated for a system capable of sharing patient data seamlessly with the Defense Department. Soon after former President Barack Obama took office in 2009, he charged the VA and Defense Department with creating an integrated system. The plan was abandoned in 2013 because of cost concerns, after the agencies had already spent about $1 billion.

Shulkin said previous efforts were hampered by separate chains of command and implementation schedules, as well as complex governance.

“For decades, the federal government has struggled to accomplish something that should be very, very simple: seamlessly transitioning a veterans medical records from the Defense Department to the VA,” President Donald Trump said Monday at the White House. “In recent years, it has taken not just days, or weeks, but many months for the records to follow the veteran. This has caused massive problems for our veterans, and I’m very proud to say we are finally taking steps to solve this once and for all.”

Sharing health records with the Defense Department has the potential to limit problems when a servicemember transitions out of the military, Shulkin said.

“When you leave the military and all of a sudden don’t have that structure you’re used to, that no longer is going to happen. We’ll have the seamless ability to make sure that information is there,” he said. “When they reach out for help, it’s going to be easier to help them.”

The process of overhauling the system, though, will be “tough,” Shulkin said, adding he has gone through two transitions of electronic health records systems, in previous positions as a health care executive.

Major veterans organizations applauded the decision, but noted they wanted to see action.

“We’ve been here many times before,” said Paul Rieckhoff, CEO of Iraq and Afghanistan Veterans of America. “We were all there with President Obama back in 2009. The Trump administration’s focus today on solving this problem is encouraging. But making this announcement is the easy part.”

Shulkin did not offer any estimate Monday of what a new system would cost. The initial contract for the Defense Department’s commercial system in 2015 totaled $4.3 billion.

For fiscal 2017, the VA’s annual budget for information technology is approximately $4 billion.

“I would like [the new system] to be less [than $4 billion], but that would be unrealistic,” Shulkin said at a White House news conference.

“The VA has a significant IT budget, much of which has been toward the development and maintenance of new advancements in the VistA system,” he said. “This allows us to use some of our current resources towards this new process, but there is no doubt we’re going to be working with our appropriations committees in Congress to make sure we have the resources to do this right.”

The VA has not yet started cost negotiations with Cerner. They will discuss implementation plans and costs over the next three to six months, Shulkin said.

To speed up the process, Shulkin will maneuver around a law that mandates open competition for federal contracts, he said. He cited the “health and protection of our veterans” as the reason it’s necessary to go straight to Cerner.

Shulkin signed paperwork exempting the new electronic health records system from full and open competition. Authorized officials are allowed to forego the process, if it’s necessary and in the public interest.

When the Defense Department updated its electronic health records system, the process – from soliciting bids to awarding a contract – took 26 months, Shulkin said.

“We simply can’t afford to wait that long when it comes to the health of our veterans,” he said. “I have decided that we can’t wait years, as DOD did… to get our next generation EHR in place.”

Shulkin said he does not expect any pushback from lawmakers about the decision to skip the open competition process, since Congress has been asking for a shared system with the Defense Department for 17 years.

“I do not expect any major fights on this,” he said. “I do believe this is something we will see strong bipartisan support for.”

“This is an exciting new phase for VA, DOD, and for the country,” he said. “Our mission is too important to not get this right, and we will.”