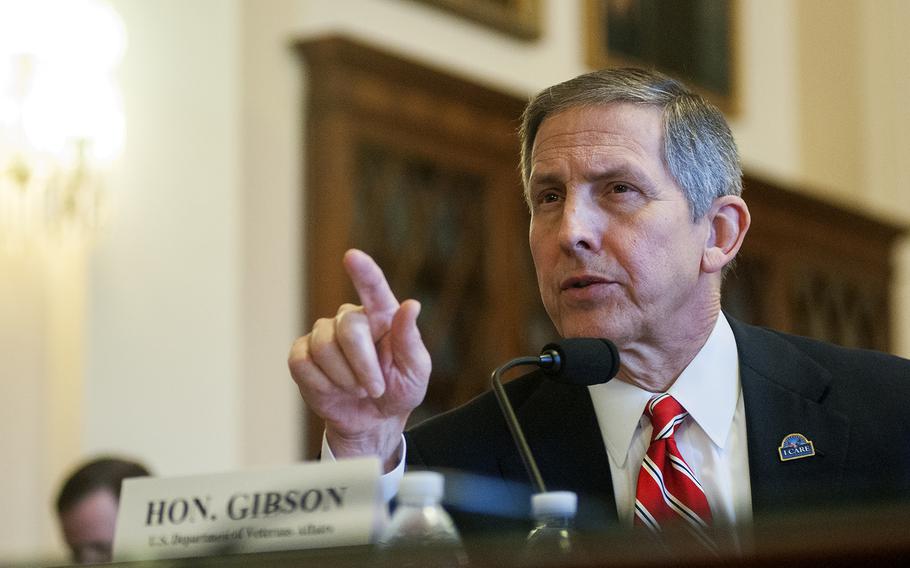 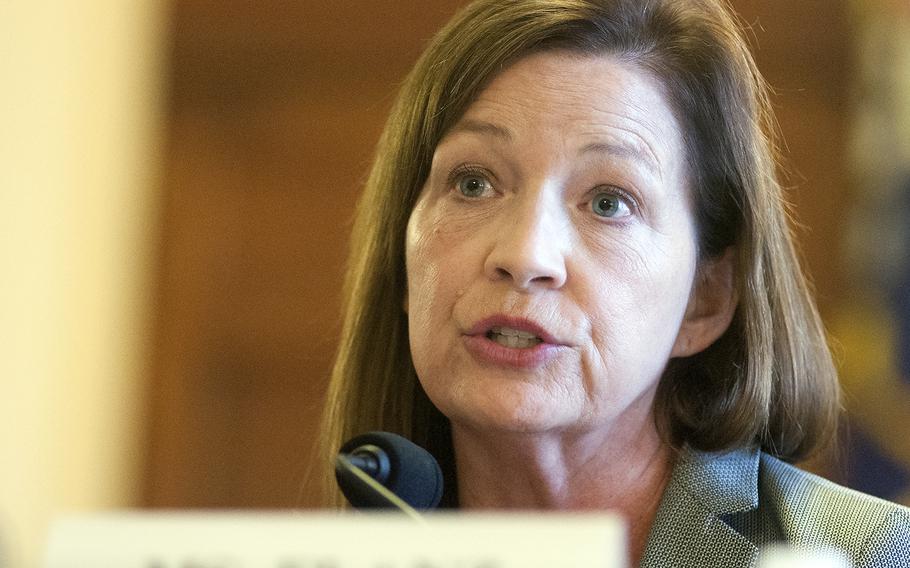 House Committee on Veterans' Affairs Ranking Democrat Corrine Brown, D-Fla., expresses her dissatisfaction with the tone used during the questioning of VA officials during a hearing on Capitol Hill in Washington on Wednesday, Dec. 9, 2015. "I don't know what has happened to this Congress," she said after pointing out the use of profanity during the session. (Carlos Bongioanni/Stars and Stripes)

WASHINGTON — The deputy secretary of the Department of Veterans Affairs said Wednesday that two executives under federal investigation for collecting $400,000 in a relocation scheme are actually innocent of any crimes or ethical lapses.

The inspector general has referred the case to the Department of Justice for potential criminal charges after it found the two women manipulated the hiring system, carved out new positions for themselves and then collected hundreds of thousands in relocation bonuses.

“In my opinion, the evidence collected by the IG does not support one violation of law. Not one violation of rule. Not even one violation of regulation related to relocation expenses,” Gibson told the House Veterans Affairs Committee. “The easy option for me would have been to propose removal. I didn’t come to VA to do the easy thing.”

Gibson and the department are under pressure to fire executives and employees guilty of wrongdoing.

The deputy secretary did announce a change in the way VA will handle such cases. It will take immediate action to investigate and punish employees who violate the rules, instead of its current policy of waiting for months or even years to act so the IG or Justice Department can first complete separate investigations.

However, he said the VA cannot improve simply removing staff and instead favors what it calls “sustainable accountability,” which focuses on positive reinforcement of people who do good work.

“In my many years in the private sector, I’ve never encountered an organization where leadership was measured by how many people you fired,” he said. “There’s a simple reason for that. You can’t fire your way to excellence.”

The VA moved to demote Rubens and Graves in November but botched the demotions when its attorneys failed to provide the women with all the evidence against them, which has caused a delay. Graves is set to transfer to a position in Phoenix, the epicenter of the department’s nationwide scandal over delays in veteran health care that erupted last year.

“Mr. Gibson, I think your statement is pretty damn inconsistent,” said Rep. Jeff Miller, R-Fla., Veterans Affairs chairman. “We’re all educated enough to know the definition of accountability but you and the secretary have decided to change that definition.”

Miller said he was “dumbfounded” by Gibson’s position on Rubens and Graves and that the IG investigation shows more than poor judgement. Miller compared the VA decision allowing Rubens and Graves to keep the relocation bonuses to bank robbers who are allowed to keep stolen money.

A VA attorney who testified said the department cannot reclaim the $400,000 because it was approved by other employees who believed the payments were merited.

“They were approved by senior officials based on their beliefs these individuals [Rubens and Graves] should make those moves, yes,” said Meghan Flanz, deputy general counsel.

The ranking Democrat on the House committee pushed back against the confrontational tone spearheaded by Miller.

Brown said she is more concerned with the physical security of VA facilities and veteran homelessness.

The House panel in October requested updates on numerous cases of alleged wrongdoing by VA employees, including a nursing assistant in Louisiana who was initially cleared by the department but was later charged with manslaughter by local authorities. That VA employee has been on paid leave since 2013, according to the committee.

But VA did not supply a response to the request, according to staff.