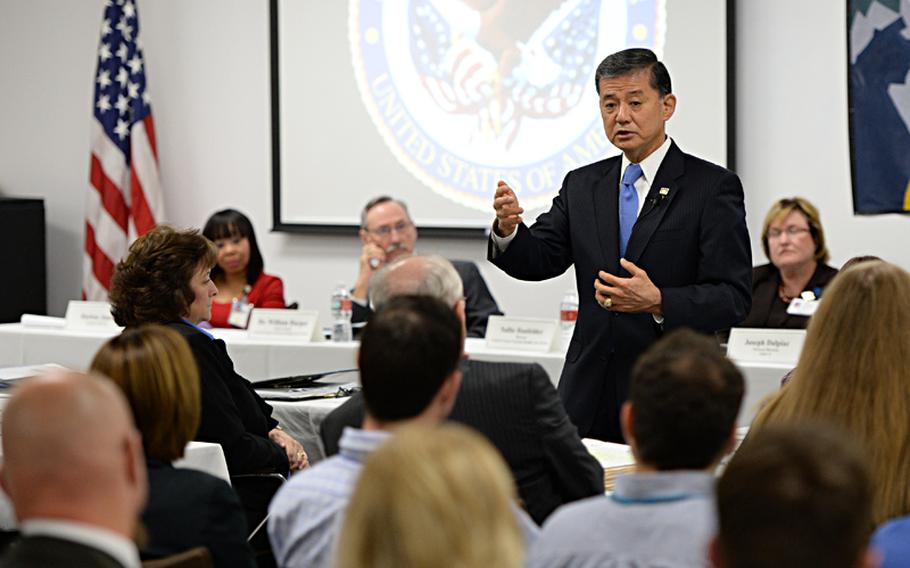 WASHINGTON — Department of Veterans Affairs officials are blaming the partial government shutdown for the slight increase in the veterans claims backlog this week, but critics question whether VA leaders are using the political crisis as an excuse.

The number of veterans claims pending for more than 125 days rose by 239 in the first few days of the government shutdown, which began Oct.1. In the previous 10 days, the backlog had dropped by more than 16,000 cases.

VA officials had warned last week that the government shutdown could “reverse progress” with the claims backlog, since a number of case processors were furloughed and mandatory overtime for others was halted as a result of the budget fight.

“Due to the government shutdown, this clear progress for veterans and their families is at risk,” the department said in a statement, which also blamed Congress for a “failure to act” to prevent the problem.

Last week, as the numbers were being compiled, VA Assistant Secretary Tommy Sowers tweeted out that the claims trends were “not good for veterans” and blasted the shutdown. On Monday, VA officials called the small increase both significant and troubling.

Monday marked the sixth day of the government shutdown, with no end in sight. Congressional Democrats and Republicans remain deadlocked over how to fund federal operations and whether to include changes to new healthcare laws in any deal.

The backlog increase, though small, is the first time in months that the VA hasn’t reported progress on lowering the total. Benefits processors have been putting in 20 hours of overtime each month since May in an effort to pull down the number of overdue claims.

VA officials told staffers last month that overtime would continue into November, although lawmakers tracking the backlog said they were not informed of that decision.

Congress has been wary of VA’s work on the backlog in recent months, praising the progress but also offering concern that the success might not be sustainable.

Claims workers critical of the department’s backlog efforts have criticized the overtime as a morale-killer, and one that has had little impact on correcting flaws in the overall processing system. VA officials have called it a critical tool in fixing the backlog problem.

Lawmakers are scheduled to grill top VA officials Wednesday, during a hearing examining the reported effects of a shutdown on department operations.