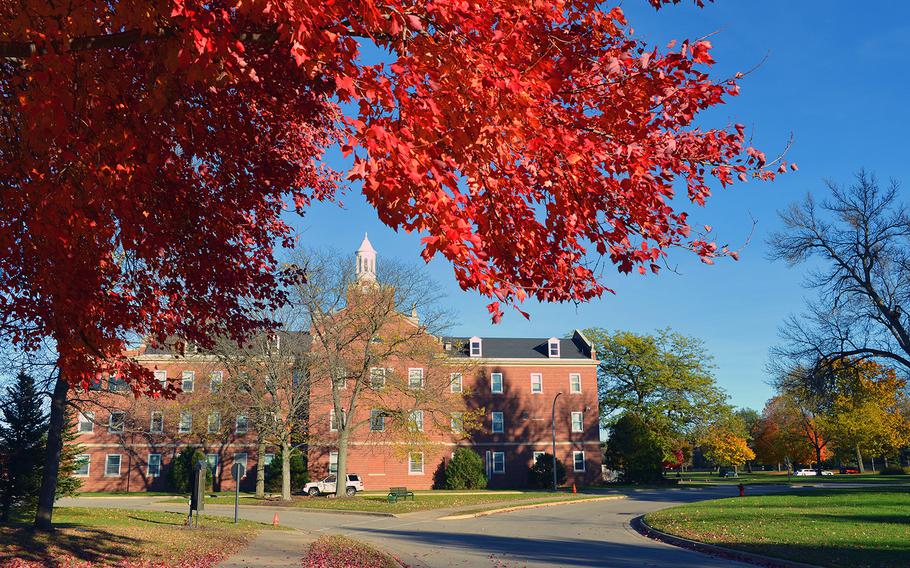 WASHINGTON — The Department of Veterans Affairs announced Tuesday morning that Deputy Secretary Sloan Gibson would later in the day visit a Wisconsin VA Medical Center known as “Candyland” by some veterans for its penchant for handing out painkillers.

During Gibson’s visit, he will meet with “employees, facility leadership and stakeholders,” the VA noted in its news release.

The announcement came a day after members of Congress announced it would conduct a joint oversight hearing in Tomah, Wis., on March 30 to examine extremely high opiate prescription rates at the Tomah Veterans Affairs Medical Center, as well as patient deaths and an alleged culture of fear among hospital employees.

“Unfortunately, the situation at the Tomah VAMC is a familiar one for VA, involving skyrocketing opiate prescription rates, patient deaths, a secret inspector-general report, executive bonuses and allegations of retaliatory behavior,” wrote Rep. Jeff Miller, R-Fla., chairman of the House Committee on Veterans Affairs and a frequent critic of the department.

“While I’m glad [VA secretary Bob] McDonald is taking the initiative to investigate the serious issues in Tomah, it’s important for us to hold this hearing to hear directly from veterans and families, determine the steps VA has taken to address the facility’s problems since 2014 and identify who at VA — if anyone — will be held accountable,” he wrote,

The hearing, according to lawmakers, will be held jointly by the House Committee on Veterans Affairs and the Senate Committee on Homeland Security and Governmental Affairs. Several Wisconsin members of Congress had asked for the congressional hearing.

The Tomah medical center came under scrutiny in January when whistleblowers claimed that a doctor was overprescribing opioid painkillers.

The problem of opiate overprescription at the VA has been written about extensively. According to a September 2013 report by the Center for Investigative Reporting, which obtained records via the Freedom of Information Act, prescriptions for four opiates — hydrocodone, oxycodone, methadone and morphine — have surged 270 percent in the preceding 12 years.

In 2009, CIR wrote, new VA regulations required clinicians to follow an “integrated approach” to helping veterans in pain, including a stronger focus on treating the root causes of pain rather than using powerful narcotics to reduce symptoms. But despite the regulations, the data suggest that adoption of the regulations varies wildly.

The number of opiate prescriptions at the Tomah VA more than quintupled from 2004, the year before Dr. David Houlihan — known by veterans there as “the Candy Man” — became chief of staff of the hospital, to 2012, according to data obtained by CIR.

During the same period, the number of oxycodone pills handed out skyrocketed from 50,000 to 712,000, even as the number of veterans seeking care at the hospital declined, the data show, according to a report in the Chicago Tribune.

The VA’s inspector general filed a report in March 2014 that found that Houlihan had, on average, prescribed the equivalent of 25,000 milligrams of morphine to each of the 128 patients he saw in 2012, the Tribune noted.

Investigators said that level was “at considerable variance compared with most opioid prescribers” and “raised potentially serious concerns” that should be brought to the attention of the federal agency’s leadership.

The Tomah facility, some 125 miles west of Milwaukee, is being investigated by the VA’s inspector general and secretary of health. The Wisconsin Department of Safety and Professional Services is conducting its own review of the Tomah facility’s chief of staff, a nurse and a pharmacist.